ATHENS, OH – Because of underuse of glycated hemoglobin testing, hospitals could be missing an opportunity for early diabetes detection among inpatients, according to a new study.

A retrospective review of medical records, published recently in the Journal of the American Osteopathic Association, found the HbA1c test can be used to detect hidden disease among hospital patients with hyperglycemia, even if the immediate cause is assumed to be hospital-administered medications or treatments.

A study team led by researchers from Ohio University Heritage College of Osteopathic Medicine retrospectively reviewed the medical records of 348 patients with hyperglycemia at a rural community teaching hospital in the Midwest. Of those patients, 50 had no known history of diabetes and 31 of them were given an HbA1c test, which measures the average blood glucose level over the previous eight to 12 weeks. 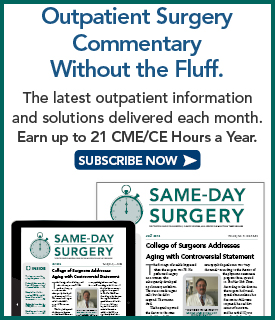 Testing results indicated that 58% had results consistent with diagnoses of diabetes, and another 19% fell in the range of prediabetes.

"In the hospital, we often find hyperglycemia when we're treating other illnesses, like sepsis or a heart attack. This study found that patients with no known history of diabetes whose HbA1c level was measured were five times more likely to leave the hospital with a diagnosis of new-onset diabetes," explained co-author Jay H. Shubrook, DO, of the College of Osteopathic Medicine at Touro University in Vallejo, CA.

Shubrook added that, “it's easy to make a case for hospital protocols to trigger an HbA1C test when hyperglycemia is detected to distinguish between transient hyperglycemia and chronic disease."

In this review, 55% of the tested patients had a discharge diagnosis that included diabetes, while 11% of the patients who had hyperglycemia in the hospital but no known history of diabetes (NKHD), nor the HbA1c test, left the hospital with that diagnosis.

“Hospitalized patients with NKHD and hyperglycemia are more likely to receive an appropriate diagnosis if HbA1c is measured,” study authors concluded. “Failing to fully use HbA1c tests in the inpatient setting constitutes a missed opportunity to distinguish transient hyperglycemia from chronic disease. The HbA1c level can elucidate the course of dysglycemia and trigger mechanisms for timely intervention.”