SAN FRANCISCO – Physicians who, as part of a routine checkup up, visually examine patients to screen for skin cancer, might be surprised by a new recommendation from the U.S. Preventive Services Task Force (USPSTF).

That group has concluded that, based on current evidence, there is no adequate way to assess the balance of benefits and harms of visual skin examination by a clinician to screen for skin cancer in asymptomatic adults. The report appeared recently in JAMA.

The USPSTF is an independent, volunteer panel of experts that makes recommendations about the effectiveness of specific preventive care services such as screenings, counseling services, and preventive medications. This specific task force was chaired by Kirsten Bibbins-Domingo, PhD, MD, MAS, of the University of California, San Francisco. 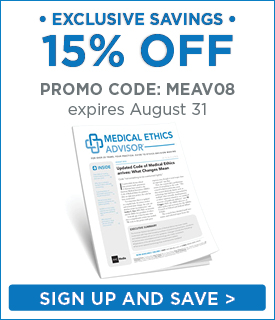 Background information in the article notes that basal and squamous cell carcinoma are the most common types of cancer in the United States and represent the vast majority of all cases of skin cancer but rarely result in death or substantial morbidity. Melanoma skin cancer, on the other hand, has notably higher mortality rates: In 2016, an estimated 76,400 U.S. men and women will develop melanoma and 10,100 will die from the disease.

To update its 2009 recommendation, the USPSTF reviewed the evidence on the effectiveness of reducing skin cancer morbidity and mortality and death from any cause by a clinical visual skin examination. The group looked at potential harms, including those resulting from associated diagnostic follow-up; test characteristics when performed by a primary care clinician vs. a dermatologist; and whether skin exams lead to earlier detection of skin cancer compared with usual care.

While the review found that any harm caused by visual skin examination to screen for skin cancer was small, it adds that “current data are insufficient to precisely bound the upper magnitude of these harms.” The USPSTF notes that potential harms of skin cancer screening include misdiagnosis, over-diagnosis, and the resulting cosmetic and, more rarely, functional adverse effects resulting from biopsy and overtreatment.