The Centers for Medicare and Medicaid Services (CMS) finalized payment rates and updated policy changes in the Hospital Outpatient Prospective Payment System (OPPS) and Ambulatory Surgical Center (ASC) Payment System for 2017. CMS estimates that the updates in the final rule would increase OPPS payments by 1.7% and ASC rates by 1.9% in 2017.

CMS is finalizing policies to implement Section 603 of the Bipartisan Budget Act of 2015, which requires that certain items and services, furnished by certain off-campus hospital outpatient departments, no longer be paid under the OPPS beginning Jan. 1, 2017. Currently, Medicare is paying for the same services at a higher rate if those services are provided in a hospital-owned physician practice than at an independently owned practice. This payment differential has provided an incentive for hospitals to acquire physician offices in order to receive the higher rates. 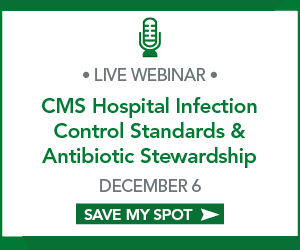 This disparity in payment has been of long-standing concern to Congress, the Medicare Payment Advisory Commission, and the Department of Health and Human Services Office of Inspector General because of the incentive for hospitals to acquire independent physicians’ practices, thereby converting the same services into a more highly paid OPPS services. A $30 billion savings is projected from eliminating the payment disparities between different sites.

The announcement of the final rule on OPPS and the ASC payments also included increased flexibility for the Meaningful Use program.

CMS is eliminating the Clinical Decision Support and Computerized Order Entry while reducing a subset of thresholds for the remaining objectives and measures for Modified Stage 2 and Stage 3. Additional changes include allowing all returning participants in the Electronic Health Record (EHR) Incentive Programs to report on a 90-day EHR reporting period in 2016 and 2017. CMS is also finalizing an application process for a one-time significant hardship exception to the Medicare EHR Incentive Program for certain eligible professionals in 2017 who are also transitioning to the Merit-based Incentive Payment System (MIPS). Various stakeholders, including the American Medical Association, promoted these changes.