The Department of Justice (DOJ) recovered more than $4.7 billion in settlements and judgments from civil cases involving fraud and false claims against the government in fiscal year 2016. This is the third highest annual recovery in False Claims Act history, bringing the fiscal year average to nearly $4 billion since 2009, and the total recovery during that period to $31.3 billion.

The largest recoveries from the healthcare industry in 2016 — $1.2 billion — came from the drug and medical device industry. Drug manufacturers Wyeth and Pfizer paid $784.6 million to resolve federal and state claims that Wyeth knowingly reported false and fraudulent prices on two drugs used to treat acid reflux. The government alleged that Wyeth failed to report deep discounts available to hospitals, as required by the government, to ensure that the Medicaid program received the same pricing benefits as the company’s commercial customers. 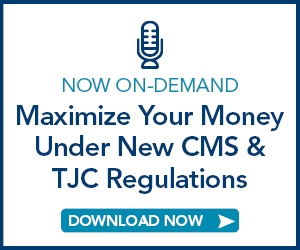 In another settlement, Novartis Pharmaceuticals paid $390 million based on claims that the company gave kickbacks to specialty pharmacies in return for recommending two specialty medications. The settlement includes $306.9 million for the federal government and $83.1 million for state Medicaid programs.

Hospitals and outpatient clinics accounted for $360 million in recoveries. Hospital chain Tenet Healthcare Corp. paid $244.2 million to resolve civil allegations that four of its hospitals engaged in a scheme to defraud the United States by paying kickbacks in return for patient referrals. Tenet paid an additional $123.7 million to state Medicaid programs.