NASHVILLE – This probably won’t come as much of a surprise to emergency physicians, but a new study finds that the number and percentage of hypertension patients treated at EDs are on the rise in the United States.

The report in the American Journal of Cardiology notes that uncontrolled hypertension is a risk factor for the development of cardiovascular disease and a significant cause of death in the United States even though it is usually treatable. 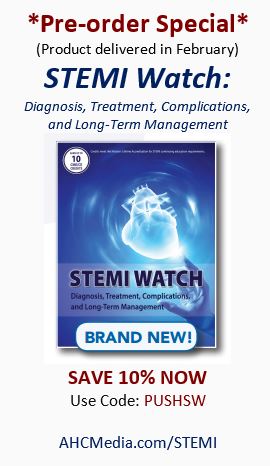 "We found that around 25% of all ED visits involved patients with hypertension, and that the rate of hypertension-related visits has gone up more than 20% since 2006," explained co-author Candace McNaughton, MD, MPH.

Researchers used the Nationwide Emergency Department Sample from 2006 to 2012 to identify hypertension-related ED visits and then linked them to U.S. Census Bureau July population estimates to determine population-based rates for each study year. Over the seven-year study period, 165,946,807 hypertension-related ED visits occurred, representing 23.6% of all adult ED visits. Hypertension was the primary diagnosis for 6,399,088 (0.9%) of all adult ED visits.

"The study highlights how common hypertension is, and that it's becoming an even bigger problem affecting a large number of patients who seek care in the ED," McNaughton added in a Vanderbilt press release. "ED visits for patients with a primary diagnosis of hypertension were more likely among patients who were younger and less likely to have private health insurance.

"The role of the ED in the management of chronic disease is still poorly understood,” she continued, “with hypertension as an opportunity to show how we can safely use the ED to manage patients with these [conditions]."