The report, published in the Journal of the American Medical Association, notes that an estimated 35% of ED visits for adverse drug events occurred among adults ages 65 years or older in 2013-2014, compared to an estimated 26% in 2005-2006.

Specifically, four anticoagulants — warfarin, rivaroxaban, dabigatran, and enoxaparin — and five diabetes agents, including insulin and four oral medications — metformin, glipizide, glyburide, and glimepiride — were among the 15 most common drugs implicated. Interestingly, 1.18% of the ED visits by older patients involved drugs they never should have taken in the first place because they violated Beers criteria, the article notes.

Overall, the prevalence of ED visits for adverse drug events in the United States was estimated to be 4 per 1,000 individuals in 2013 and 2014, with 27% resulting in hospitalization. Background information in the study notes that the Patient Protection and Affordable Care Act of 2010 incentivized new programs that target adverse drug event prevention within hospitals and during care transitions between inpatient and outpatient settings. 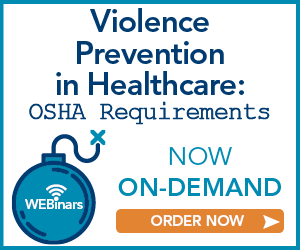 To help provide updated, detailed nationally representative data on the problem, the CDC researchers examined characteristics of ED visits for adverse drug events in the United States in 2013-2014 and changes in ED visits for adverse drug events since 2005-2006, focusing on 58 facilities that participated in the National Electronic Injury Surveillance System-Cooperative Adverse Drug Event Surveillance project.

Anticoagulants, antibiotics, and diabetes agents were involved in about 47% of ED visits for adverse drug events, which included clinically significant adverse events, such as hemorrhage caused by anticoagulants, moderate to severe allergic reactions from antibiotics, and hypoglycemia with moderate to severe neurological effects from anti-diabetes agents.

Study authors point out that, since 2005-2006, the proportions of ED visits for adverse drug events from anticoagulants and diabetes agents have increased, while fewer patients are seeking emergency care for problems with antibiotics.

An accompanying editorial says that the findings raise the question of “how to best leverage the existing system to improve the safety of the process of starting, monitoring, and discontinuing medications.”

Chad Kessler, MD, MHPE, of the Durham, NC, VA Medical Center, and colleagues added, “Collaboration is needed among physicians and other health professionals in primary care, specialty care, pharmacy, and emergency medicine to answer these questions in the quest for safer models of patient care. Furthermore, this collaboration across healthcare locations and the continuum of care will affect how much benefit or harm patients receive from prescribed medications. Integrated health care systems can help lead the way through improved care coordination and transition of care models.”