McKesson Corporation will pay a record $150 million penalty for alleged civil violations of the Controlled Substances Act (CSA), according to the U.S. Department of Justice.

McKesson, one of the nation’s largest pharmaceuticals distributors, must, on a staggered basis, suspend sales of controlled substances from distribution centers in Colorado, Ohio, Michigan, and Florida for multiple years. It will also be subject to new and enhanced compliance oversight. McKesson also must hire an independent monitor to assess compliance. This is the first time an arrangement of this type has been fashioned under a Controlled Substances Act civil settlement.

In 2008, McKesson agreed to an administrative settlement with a civil penalty of $13.25 million for similar violations. In the current case, the government again alleged that McKesson did not appropriately design and implement a system to detect and then report “suspicious orders” for controlled substances distributed to its independent and small chain pharmacy customers. Orders that are unusual in their frequency, size, or other patterns were to have been monitored by McKesson under the settlement. From 2008-2013, the company supplied various U.S. pharmacies an increasing amount of oxycodone and hydrocodone pills. Regulation and oversight of these drugs is important as governmental authorities continue to grapple with the nation’s epidemic opioid crisis.

According to the DOJ, McKesson failed to live up to the agreement of 2008. The report cites one example from Colorado, where between 2008 and 2013 McKesson processed 1.6 million orders for controlled substances, but only reported 16 of the orders as suspicious. Those 16 reported orders were all linked to one incident whereby the customer had suspiciously terminated the order.

McKesson agreed to hire an independent monitor to help ensure enhanced compliance over the next five years. This is the first time in the history of the CSA that such a monitor has been employed. According to the DOJ, McKesson also agreed to staffing and organizational improvements, periodic auditing, and stipulated financial penalties for failing to adhere to the compliance terms. 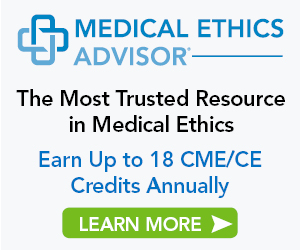 According to the American Society of Addiction Medicine, of the 20.5 million Americans who are 12 years or older who had a substance use disorder in 2015, 2 million had a substance use disorder involving prescription painkillers. Drug overdose is the leading cause of accidental death in the United States, with 55,403 lethal drug overdoses in 2015. Opioid addiction is driving this epidemic with 20,101 overdose deaths related to prescription pain relievers.