A Dallas-based anesthesiologist pled guilty to charges of conspiracy to pay healthcare bribes and kickbacks to physicians and other health professionals for referring patients to a specialty hospital that he part-owned.

Dr. Richard Toussaint, Jr., faces a maximum of five years in prison and $250,000 fine for each count at his sentencing. Toussaint will be sentenced pursuant to the federal Anti-Kickback Statute (AKS) that criminalizes the exchange of anything of value given to induce the referral of federal healthcare business.

According to DOJ documents, Toussaint and his co-defendant opened their own physician-owned hospital, Forest Park Medical Center (FPMC), in 2008. FPMC was well known in the Dallas area because it was heavily marketed and was known for its luxurious amenities.

Extensive documents obtained by the DOJ reveal that FPMC would pay surgeons to bring cases to the hospital based on the number of anticipated operations that each surgeon was to bring. FPMC also systematically waived coinsurance or reduced the out-of-pocket expense for out-of-network patients to in-network prices. This practice was not revealed to insurance companies so that they would continue to reimburse FPMC at the higher out-of-network rate, according to the DOJ. 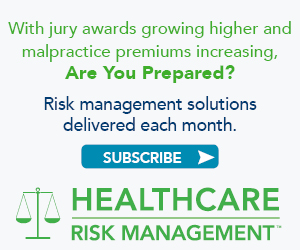 FPMC courted some of the most notable bariatric and minimally invasive spine surgeons in the Dallas area, offering them large monthly remuneration in return for operating at the hospital. It is alleged that the biggest players received millions of dollars for their referrals.

In addition to paying direct kickbacks to the surgeons, Toussaint and his co-conspirators allowed surgeons who operated at FPMC to invest in FPMC proportional to the number of surgeries that they performed at the facility, according to documents. If a surgeon invested in FPMC slowed his or her volume, then the shares they were allowed to purchase either were cut or completely divested. Toussaint also paid bribes and kickbacks to chiropractors, primary care doctors, attorneys, and worker’s compensation specialists in exchange for referrals to FPMC, says the DOJ.

Three of his co-conspirators pled guilty for their roles in the illegal operation and 17 remaining defendants, including prominent Dallas-area physicians, await trial.