During his confirmation hearing in January, Secretary of Health and Human Services (HHS) Tom Price said that the Centers for Medicare & Medicaid Services (CMS) should spend less time focusing on medical necessity verification and more time rooting out true fraud and abuse. This contradicts longstanding CMS policies aimed at discovering whether tests and procedures that are performed by medical professionals are medically necessary. Medical necessity has also been at the heart of many recent False Claims Act (FCA) cases. Two recent district courts have ruled that when a lack of medical necessity is claimed under the FCA, there must be more than just a difference of opinion between professionals about the appropriate mode of treatment.

For example, in U.S. ex rel. Polukoff v. St. Mark’s et al. (No. 16-cv-00304 (Jan. 17, 2017 D. Utah) the district court rejected the relator’s allegation that the defendant physician performed unnecessary repairs of patent foramen ovales and that the associated hospital billed for these procedures. The relator alleged that medical guidelines for this procedure stated that the procedure should only be considered for patients with strokes from an unknown cause. The physician countered that he used the procedure as a preventive measure against stroke in high-risk individuals. The court sided with the physician, in part, because the government itself had never promulgated guidelines for this procedure and, therefore, no objective standard on this question had been 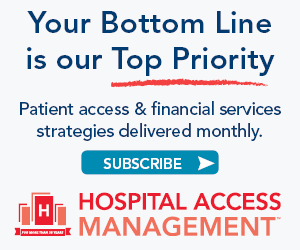 The decision in this case, and remarks of Secretary Price, may bring welcome relief to professionals who complain of difficulty determining the standard of medical necessity with which they must comply when faced with audits and FCA claims.