Despite the administration of more than 80 million doses of intravenous contrast media annually, contrast media administration is cited as the third most common cause of iatrogenic acute kidney injury. It has been linked in previous studies to increased risk of major adverse events, including initiation of dialysis, renal failure, stroke, myocardial infarction, and death, according to a recent article published online by Annals of Emergency Medicine.

In an effort to provide more information to physicians having to decide whether to order contrast media, a study team led by Johns Hopkins School of Medicine researchers set out to determine how often acute kidney injury occurs after enhanced and non-enhanced CTs performed in the ED.

Based on a propensity-matched case-control design at one site, the researchers determined that the frequency of later acute kidney injury in 7,201 patients undergoing contrast-enhanced CT, 5,499 undergoing unenhanced CT, and 5,234 with no imaging did not differ, remaining in the range of 10.2% to 10.9%. That was based on 17,934 ED visits for patients during a five-year period from 2009 to 2014. 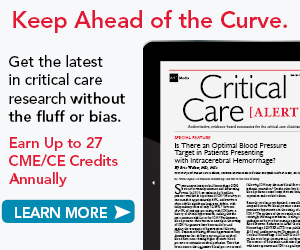 In terms of secondary outcomes, contrast media administration was not found to be associated with increased incidence of chronic kidney disease, dialysis, or renal transplant at six months.

Study authors suggest that fears of triggering acute kidney injury after intravenous contrast during CT might be disproportionate for ED clinicians, but added that a randomized trial needs to confirm their results.