WASHINGTON, DC – Adults who have a first seizure have the greatest risk of another within two years. How much risk, however, has been hard to determine. In fact, the risk could range from about 21% to more than twice that at 45%.

A new guideline from the American Academy of Neurology and the American Epilepsy Society, appearing recently in the journal Neurology, offers valuable information on gauging the risk, which can help determine appropriate treatment. 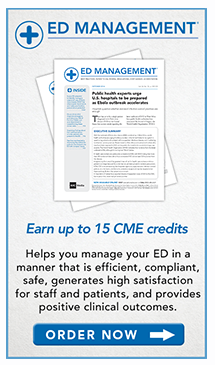 The guideline cites strong evidence that the risk of a second seizure is greatest in patients with a previous brain problem, such as head injury, stroke, or brain tumor and in those with an EEG test result that indicate the possibility of epilepsy.

The risk also appears to be greater when a significant abnormality shows up in brain imaging and when the seizure occurred during sleep, although the evidence for that is only moderate, according to the report.

"This is a valuable new guideline that could change the approach many doctors take to treating a first seizure and could improve patients' lives," said guideline author Allan Krumholz, MD, of the University of Maryland School of Medicine. "About 150,000 adults have an unprovoked first seizure in the United States each year. Even one seizure is traumatic and affects a person's life in many social ways, such as driving a car, employment options, falling risks and the fear of having another seizure in public. This guideline clarifies when risk factors put individuals at greater risk."

Determining the risk is crucial because the article emphasizes that having patients take epilepsy drugs immediately after a first seizure may reduce the risk of having another one. When to treat, however, can be a difficult decision for emergency physicians and other clinicians, because the risks and benefits for each patient must be weighed.

The evidence of effectiveness also isn’t irrefutable. After more than three years, immediate treatment with an epilepsy drug, rather than waiting for another seizure before treating, rarely increases or decreases the likelihood of long-term improvement, according to moderate evidence cited by the guideline.

At the same time, epilepsy drugs carry risks of side effects that complicate treatment in 7% to 31% of patients, the report points out.

"This guideline does not give a simple, black-and-white recommendation whether an adult should immediately be started on an epilepsy drug," explained Jacqueline French, MD, of the New York University Langone Comprehensive Epilepsy Center. "What is most important is that the decision whether to immediately treat a first seizure requires meaningful conversation between patient and doctor so that the patient's individual circumstances, balance of risks and benefits, and personal preferences are understood and accounted for."

Background in the article notes that one in 10 people worldwide have a first seizure in their lifetime, although many of those could be non-recurring and caused by situations such as low blood sugar, not epilepsy.