SAN FRANCISCO – Tamsulosin is recommended for patients receiving a diagnosis of ureteral stones less than 10 mm who do not require immediate urologic intervention.

Because of conflicting results from recent meta-analyses and large randomized, controlled trials, the effectiveness of the drug marketed as Flomax remains unclear, however.

To remedy that, a study team led by researchers from the University of California San Francisco performed a systematic review and meta-analysis to investigate the effect of tamsulosin on stone passage in those patients. The results were published online recently by Annals of Emergency Medicine.

With eight randomized, controlled trials involving 1,384 participants containing sufficient information for inclusion, results indicate that the pooled risk of stone passage in the tamsulosin arm was 85%, compared to 66% in the placebo arm.

Noting wide variation in overall results, the researchers stratified studies by stone size, determining that the large stone subgroup (5-10 mm) had a 22% greater likelihood of passage with use of the drug. Meanwhile, meta-analysis of the small stone subgroup (less than 4-5 mm) indicated no benefit, with a risk difference of -0.3%. 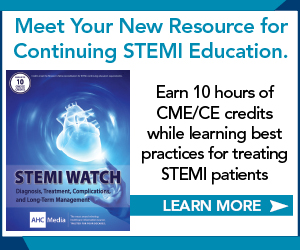 Neither meta-analysis showed a significant effect for the occurrence of dizziness or hypotension. Tamsulosin is an alpha-blocker that relaxes the muscles in the prostate and bladder neck, making it easier to urinate. It primarily is used in men with benign prostatic hyperplasia. Common side effects in those patients include dizziness or fainting.

“Tamsulosin significantly improves stone passage in patients with larger stones, whereas the effect of tamsulosin is diminished in those with smaller stones, who are likely to pass their stone regardless of treatment,” study authors conclude.

The meta-analysis provided more support for a study published earlier this year in the same journal. Australian researchers found that, within 28 days of a visit to the ED, 83.3% of patients treated with tamsulosin whose kidney stones measured between 5 and 10 mm in size passed their stones, compared to only 61% of those who were treated with placebo.