DALLAS – It’s been 50 years since a major assessment of children with snakebites was published in the United States, and relatively little information has been available since, primarily because snakebites are not a reportable condition to state health departments.

Now, a study published early by the journal Pediatrics suggests that the nature of snakebites might have changed over that time period because of several factors:

Noting that poison control centers are often consulted on treatment and collect surveillance data, researchers from the Parkland Health & Hospital Systems and the Division of Medical Toxicology, Department of Emergency Medicine at the University of Texas Southwestern Medical Center, both in Dallas, sought to update the information.

To do that, they used generic codes for venomous, nonvenomous, and unknown snakebites to characterize victims 18 years of age and younger reported to U.S. poison control centers between 2000 and 2013. Demographic characteristics, snake types, and outcomes were included in the data. 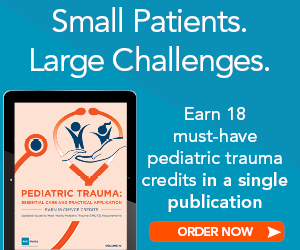 Results indicate that callers reported 18,721 pediatric snakebites, for an annual mean of 1,337. The article notes that two-thirds of the victims were boys, with a mean age of 10.7 years.

Interestingly, 49% of the snakebites were venomous and most commonly involved either copperheads, 39%, or rattlesnakes, 31%.

For example, during the time period, reported copperhead bites increased 137% and unknown venomous snakebites increased 107%. About 2% of cases involved exotic (i.e., non-native) exposures, according to the research.

Snakebites occurred in all 50 states, but the largest number came from Texas and Florida, where one-fourth of them were reported. Rates compared to population for total snakebites and venomous snakebites were highest in West Virginia, Oklahoma, and Louisiana, however.

“The epidemiology of pediatric snakebites is changing,” the study authors conclude. “One-half of the reported exposures were venomous, and copperhead bites and exotic species are being reported more frequently. Although snakebite-related deaths are rare, ICU admission is common. Anti-venom treatment is incompletely reported, but its use is increasing.”