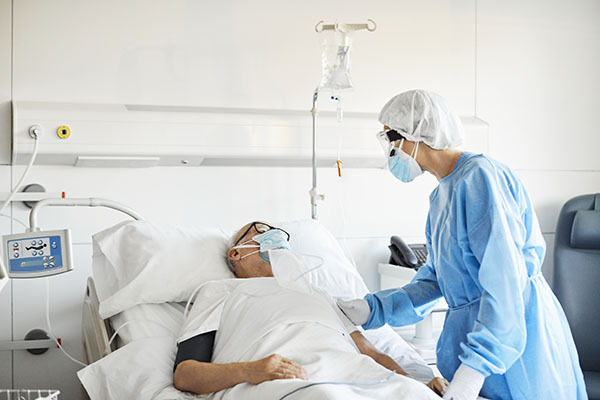 The revision plan was announced at a March 24, 2022, meeting of the CDC’s Healthcare Infection Control and Advisory Committee (HICPAC). Attending the virtual event was Linda Dickey, RN, MPH, CIC, FAPIC, president of the Association for Professionals in Infection Control and Epidemiology (APIC).

“Based on what was described, a more condensed structure for the guidance will be helpful,” she tells Hospital Infection Control & Prevention. “Anything to make it easier for users of the information to more effectively find what they’re looking for and provide clarity in the intent is useful and I believe would be welcomed by infection preventionists.”

The first part of the revised guidelines — which will include the gamut of isolation precautions — will be a 10- to 15-page document that can be accessed in PDF form on a mobile device.

“This will provide an updated scientific foundation for how pathogens spread in the healthcare setting,” said Michael Lin, MD, MPH, co-chair of the HICPAC isolation work group. The goal is to have the concise “new part one” document in draft form for the committee’s meeting this November.

Connie Steed, MSN, RN, CIC, FAPIC, a former APIC president who is now an infection prevention consultant, is a member of the HICPAC workgroup on the isolation revision.

“There will still be places where there will be the detail that some people desire, but the key is to simplify it so that it is easier to understand and digest,” she says.

A major focus of the revision of the isolation guidelines will be on delineating the blurred line between droplet and airborne precautions, which has been the subject of some confusion and controversy during the pandemic. The conventional wisdom has been that most respiratory infections spread primarily by larger droplets at short-range, while airborne pathogens like measles can spread widely through smaller particles on air currents.

“Since the publication of the [2007] isolation guideline, new evidence has emerged regarding the size of pathogen [particle] transmission in the healthcare setting,” Lin said. “For example, and probably most importantly, the distinction between droplet and airborne routes of respiratory transmission needs to be reevaluated.”

The issue of airborne spread of COVID-19, beyond aerosol-producing procedures, has been somewhat contentious, recalling similar debates when SARS-CoV-1 struck in 2002-2003. The CDC reported last year that emerging science shows transmission of SARS-CoV-2 airborne viral particles can occur beyond six feet, particularly in enclosed, poorly ventilated spaces. This risk increases in “enclosed spaces with inadequate ventilation or air handling within which the concentration of exhaled respiratory fluids, especially very fine droplets and aerosol particles, can build up in the air space,” the CDC emphasized.

“This is probably one of the most important things that will be discussed as the workgroup goes through this process,” Steed says. “Because of COVID-19, there is now a lot of gray between droplet and airborne transmission. There will be a lot of discussion on the modes of transmission to bring some clarity to this.”