Does Reassessment Before Discharge Reveal Abnormal Vitals? Documentation Is Key

Nurses text, send images from the OR with new app

HHS Will Emphasize Quality, Not Quantity, in Future Medicare Payments

WASHINGTON, DC – Quality, not quantity, is the goal of a new initiative announced by HHS to change the way physicians and other medical professionals are paid for providing healthcare.

By the end of 2016, HHS seeks to tie 30% of fee-for-service Medicare payments to quality or value through alternative payment models, such as Accountable Care Organizations (ACOs), or bundled payment arrangements; 50% of payments would be attached to those models two years later, according to an HHS announcement.

In addition, through programs such as the Hospital Value Based Purchasing and the Hospital Readmissions Reduction Programs, 85% of all traditional Medicare payments would have a quality or value component by 2016 and 90% by 2018.

Burwell noted that this is the first time in the history of the Medicare program that HHS has set explicit goals for alternative payment models and value-based payments.

To extend the goals past the Medicare system, HHS also has created the Health Care Payment Learning and Action Network to help educate private payers, employers, consumers, providers, states and state Medicaid programs on alternative payment models. The network, which holds its next meeting in March, possibly could help other programs meet some of the goals before Medicare does, Burwell said.

“Whether you are a patient, a provider, a business, a health plan, or a taxpayer, it is in our common interest to build a healthcare system that delivers better care, spends healthcare dollars more wisely and results in healthier people,” she said. “Today’s announcement is about improving the quality of care we receive when we are sick, while at the same time spending our healthcare dollars more wisely. We believe these goals can drive transformative change, help us manage and track progress, and create accountability for measurable improvement.”

The efforts were applauded by some healthcare organizations.

"We're all partners in this effort focused on a shared goal. Ultimately, this is about improving the health of each person by making the best use of our resources for patient good. We're on board, and we're committed to changing how we pay for and deliver care to achieve better health," said Douglas E. Henley, MD, executive vice president and chief executive officer of the American Academy of Family Physicians.

The Affordable Care Act created a number of new payment models that make it possible to focus payment more on quality than quantity, according to HHS. Those include ACOs, primary care medical homes, and new models of bundling payments for episodes of care. Not only do the models give providers a financial incentive to coordinate care for patients, according to federal healthcare officials, but data needed to track these efforts is now available.

In a perspective piece in the New England Journal of Medicine, Burwell noted that, just three years ago, Medicare made no payments through alternative delivery systems but now 20% of payments to providers are through those models. 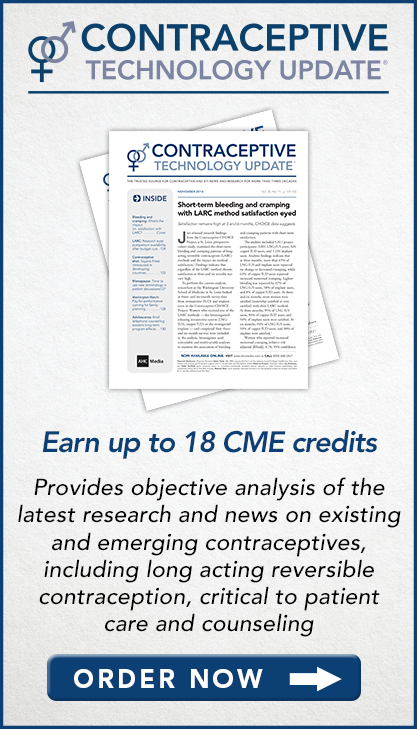 KENSINGTON, AUSTRALIA – For many physicians, it is the most difficult question they are asked: How long does Mom (or another loved one) have to live?

Australian researchers have devised a checklist to help healthcare providers identify elderly hospital patients likely to die within the next three months. A report on their work was published recently in BMJ Supportive & Palliative Care.

The authors from The Simpson Centre for Health Services Research in New South Wales emphasize that the checklist is not intended to determine the level of healthcare for the terminally ill but to "provide an objective assessment and definition of the dying patient as a starting point for honest communication with patients and families about recognizing that dying is part of the life cycle."

The tool, Criteria for Screening and Triaging to Appropriate Alternative Care (CriSTAL), essentially is designed to spur discussion of end-of-life care and to potentially minimize futile treatment, the authors say.

"Delaying unavoidable death contributes to unsustainable and escalating healthcare costs, despite aggressive and expensive interventions," the authors write. "These interventions may not influence patient outcome; often do not improve the patient's quality of life; may compromise bereavement outcomes for families; and cause frustration for health professionals."

Overall, 18 predictor instruments and their variants were examined. The final items for the new CriSTAL screening tool included:

"While there are accepted policies for de-escalating treatment in terminally ill patients, there are also inherent and societal pressures on medicine to continue utilizing technological advances to prolong life even in plainly futile situations," the authors write. "Training for nurses and doctors in the use of the screening tool and in approaching patients and families with concrete information about inevitability of death and lack of benefit of further intensive treatment are paramount."

The report notes that most patients end up dying in hospitals, even though that is not their stated preference when asked. Better predicting when death will occur could give families and patients some options about the preferred place of death.

“An unambiguous checklist may assist clinicians in reducing uncertainty for patients who are likely to die within the next three months and help initiate transparent conversations with families and patients about end-of-life care,” the authors conclude.

The problem, however, is that the temporary increase in payments, a key provision of the Affordable Care Act (ACA), ended Dec. 31, 2014. As a result, Medicaid payments could fall nearly by half or more in some states.

The 10-state study, co-authored by researchers at the University of Pennsylvania and the Urban Institute, provides the first research-based evaluation of the association between the ACA's 2-year Medicaid fee bump and appointment availability for Medicaid patients seeking new patient primary care appointments at participating physician offices. The report, funded by the Robert Wood Johnson Foundation, was published by the New England Journal of Medicine.

"These findings provide early evidence that the so-called Medicaid primary care 'fee bump' had the intended impact of increasing appointment availability for Medicaid patients, despite the various complexities and hurdles the policy faced," said lead author, Daniel Polsky, PhD, executive director of the Leonard Davis Institute of Health Economics at the University of Pennsylvania. "Our intention is for this evaluation to help inform state and federal legislative action around whether to maintain these reimbursement increases or to default back to lower levels in 2015 and beyond."

For the research, field staff posing as Medicaid and privately insured patients seeking new-patient primary care appointments called offices in two waves. The first wave of calls, which involved 7,753 cases, occurred between November 2012 and March 2013, before the reimbursement increase was fully in effect due to various implementation delays. The second wave, involving 4,225 cases, occurred between May and July 2014 when the reimbursement increase was fully in play.

Wait times for new patient appointments, however, showed no relationship to the size of a state's reimbursement increase.

"As of now, it remains to be seen what the future will hold for the Medicaid primary care fee bump," said senior author Karin V. Rhodes, MD, MS, director of the department of Emergency Medicine's Center for Emergency Care Policy and Research at Penn. "However, these findings suggest that higher Medicaid payments are an effective strategy for ensuring Medicaid patient access to primary care providers, which addresses one of the main barriers for these patients getting primary care and gives policymakers some concrete data to consider moving forward."

The Urban Institute has estimated that Medicaid primary care fees would fall, on average, by 43% in 2015 with the end of the 2-year bump.

“Reductions of that magnitude would offset some of the gains in appointment availability identified in this new study," suggested Stephen Zuckerman, co-director of the Urban Institute's Health Policy Center.

In seven of the states that did not plan to continue the fee increase with state funds – Rhode Island, California, New York, New Jersey, Florida, Pennsylvania, and Illinois – the Urban Institute study found that Medicaid primary care fees would fall by 50% or more. Medicaid primary care fees also were planned to drop more than 50% in Michigan but that state said it would use state funds to preserve half the value of the original ACA increase.

Texting Parents Gets Children to Office for Second Dose Vaccine

NEW YORK – Need pediatric patients to come in for services such as follow-up vaccines? Try texting their parents.

A study published recently in the journal Pediatrics found that was an effective way to get caregivers to bring in children for a second dose of influenza vaccine.

In fact, researchers at the Mailman School of Public Health and Columbia University Medical Center find that sending text message reminders increased compliance with the second dose of the vaccine by the end of the season as well as brought children in sooner to be vaccinated.

The effect was even greater when educational information on the importance of the second dose of influenza vaccine was embedded into the text messages compared to a written reminder or a conventional text message telling families when and where to go, according to the report.

For the study, the researchers conducted a randomized controlled trial during the 2012-2013 influenza season in three community-based pediatric clinics, affiliated with New York-Presbyterian Hospital/Columbia University Medical Center in northern Manhattan.

Participants included children – ranging from 6 months old to 8 – who were in need of a second dose of influenza vaccine that season. All of the in 660 families had cell phones with texting capabilities. In addition, most of the families were Latino and publicly-insured with nearly three-quarters (71.9%) believing that their child was at least somewhat protected from influenza after one dose.

The study placed the children into three groups:

Researchers suggest that it can be an effective way for physician practices to communicate with other age patients, as well.

"Text message programs like these allow for healthcare providers to care for their patients even when they are not in front of them in the office, somewhat like a modern day house call," said principal investigator Melissa Stockwell, MD, MPH, assistant professor of Population and Family Health at the Mailman School of Public Health and assistant professor of pediatrics at the Medical Center.

Parents told researchers they liked the text messages and saw them as helpful because they acted as reminders, providing information in an efficient way that did not require talking with anyone. They also said the text reminders demonstrated someone "cared."

Almost two-thirds, 60.8%, of parents reported the reminder was either the main reason or part of the reason they brought their child for a second dose, and 70.1% said that it affected bringing their child sooner.