TACOMA, WA –Postoperative venous thromboembolism (VTE) is one of the most heavily weighted indicators in the Centers for Medicare & Medicaid Services’ Hospital Acquired Condition (HAC) Reduction Program, which can affect reimbursement for hospitals that fail to meet specified quality indicators.

The problem, according to a recent study and related commentary published by JAMA Surgery, is that VTE may be a poor indicator for hospital quality.

Scott R. Steele, MD, from Madigan Army Medical Center in Tacoma and colleagues from the SCOAP-Comparative Effectiveness Research Translation Network (SCOAP-CERTAIN) Collaborative sought to describe the incidence and risk of VTE as well as current prophylaxis patterns following colorectal surgery that seek to prevent the condition.

The study looked at VTE complications in the hospital and as many as 90 days after surgery.

VTE chemoprophylaxis use increased significantly, both perioperatively and during hospital care, from 31.6% to 86.4% and from 59.6% to 91.4%, respectively, by 2011. Yet, no significant decrease in VTE was detected over time, according to the study.

"Unfortunately, this study cannot explain why VTE rates remain unchanged,” the authors write. “One possibility is that the national focus on VTE prevention as a quality measure and reimbursement driver may result in increased surveillance and closer monitoring of patients receiving prophylaxis. Therefore, the increased VTE incidence may reflect increased identification of clinically silent VTE.”

"Despite this increased focus on VTE, emerging data suggest that VTE rates may be a poor indicator of hospital quality and that more prophylaxis is not necessarily better," de Virgilio and Kim write, citing another study which recently indicated that high VTE rates might reflect surveillance bias, not poor care.

The commentators suggest that linking VTE rates and financial incentives could negatively affect clinical practice. Clinicians might avoid imaging procedures when the indications are questionable or downplay bleeding complications of extended prophylaxis, they point out, concluding, "In an era where quality measures and outcomes are increasingly being linked to reimbursement and economic burden, thoughtful consideration should be given to ensure that truly modifiable and well-understood outcomes are the driving force for health policy.” 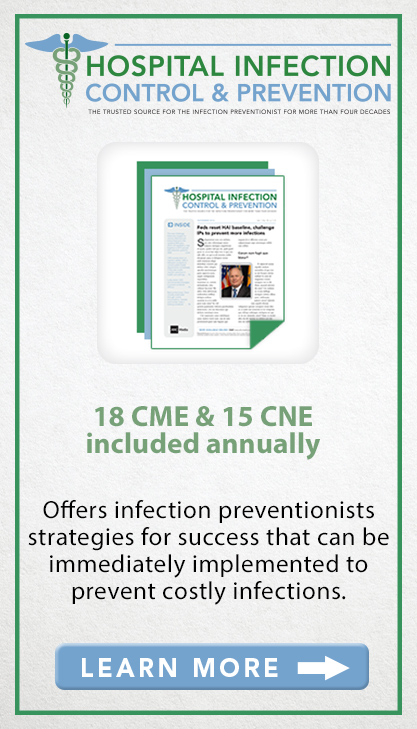 HERSHEY, PA – It might seem obvious that having an attending-level physician on site to supervise overnight medical residents would appreciably improve hospital care.

Yet that’s not what happened at the Penn State Hershey Medical Center, according to a report in the Journal of General Internal Medicine. A study found no significant impact on important clinical outcomes.

"Over the past 10 to 15 years, academic hospitals have utilized hospitalists during the day," said lead author Jed Gonzalo, MD, Penn State’s associate dean for health systems education and assistant professor of medicine and public health sciences. "Ours is the first study to look at the impact of an overnight academic hospitalist program."

Background information in the article notes that many teaching hospitals have implemented an overnight academic hospitalist (OAH) program in response to concerns for patient safety and quality of care.

To determine what effect that might have, Gonzalo and colleagues evaluated an OAH program implemented in September 2012 at the Hershey Medical Center, focusing on the following outcomes:

Researchers reviewed medical records of all patients admitted to the internal medicine department at the medical center between April 1, 2011, and May 31, 2014. Overall, more than 6,000 patients were admitted during the overnight shift – from 7 p.m. to 6:59 a.m. – during the study period, with 42% admitted before the intervention and 58% afterward.

Prior to the intervention, the in-hospital mortality rate was 1.1%, dropping to 0.9% afterward. Slightly fewer patients, 3.5%, were upgraded to the ICU during their hospital stay before the program implementation than after, 4.2%.

No significant differences were detected in level of care, even when researchers dug deeper, looking at age, gender or race of patients admitted to the hospital before and after implementation of the program.

"Given that regulatory bodies are pushing toward on-site house staff supervision, the medical education community needs to think about how to continue to allow autonomy for residents," Gonzalo said. "For years, residents were on their own at night – they had to make decisions on their feet, because the buck stopped with them. Newer models of care at night have the potential to strip away residency autonomy because they can lean on the attending now. However, the other view is 'the more eyes, the better.' So it's a challenge we need to think more about to balance education and ideal patient outcomes."

Are Hospital Nondisclosure Agreements Too Broad, Inconsistent With Mission?

AUSTIN, TX – Nondisclosure agreements often are a feature of malpractice lawsuit settlements by hospitals, but a new study finds that they tend to be both inconsistent and unnecessarily broad in application.

An article published online recently by JAMA Internal Medicine also notes that a review of medical malpractice claim files at an academic medical center found that the nondisclosure agreements tended to be stricter after Texas enacted tort reform than before.

“Transparency is a core principle in efforts to improve the safety and quality of health care,” write William M. Sage, MD, JD, of the School of Law at the University of Texas at Austin, and coauthors. “Government agencies, health insurers, and private employers require physicians, hospitals, and health care organizations to measure and disclose the processes and outcomes of care and to report avoidable complications.”

The authors add, “When medical errors occur, honesty is expected as a matter of professionalism, and silence and secrecy are no longer acceptable responses.”

The authors found that, during the five years of the study, the University of Texas System, which self-ensures malpractice claims for 6,000 physicians at six medical campuses in five cities, closed 715 malpractice claims and paid 150 settlements.

Among the 124 cases that met the study selection criteria, the average compensation paid by the university was $185,372. Most of the 110 settlement agreements, 88.7%, included nondisclosure provisions.

Here’s what the clauses included:

In contrast to efforts to improve the nation’s healthcare system by making it more open, according to study authors, “medical malpractice litigation draws on adversarial traditions that resist transparency when resolving and preventing medical errors. A deny and defend mentality is deeply entrenched among attorneys who represent hospitals, healthcare professionals, and liability insurers.”

In fact, the 50 settlement agreements signed after tort reform took full effect tended to have stricter nondisclosure provisions than the 60 signed in earlier years, according to the review.

"We found that nondisclosure agreements were used in most malpractice settlements, but with little standardization or consistency,” the authors write. “The agreements selectively bind patients and patients' representatives, making them hard to justify on privacy grounds. The scope of nondisclosure agreements is often far broader than seems needed to protect physicians and hospitals from disparagement by the plaintiff or to avoid the disclosure of settlement amounts that might attract other claimants.”

ATLANTA – Everything came out in the wash, and that should satisfy hospital infection control standards.

A new review, published online in Infection Control & Hospital Epidemiology, focused on the importance of proper laundering and handling to maintain the hygienically-clean quality of healthcare fabrics and textiles delivered to the point of care.

A researcher from the national Centers for Disease Control and Prevention in Atlanta led the review, which used peer-reviewed studies as well as current standards and guidelines to highlight evidence-based strategies to inhibit potentially serious contamination.

"We asked the question if current industrial laundry processes are sufficient to interrupt patient-to-patient transmission via clean healthcare textiles (HCT),” said lead author Lynne Sehulster, PhD, an infectious disease epidemiologist at the CDC. “The evidence we examined suggests this is indeed the case; we found no evidence of microbial carry-over from one patient to the next for patient-care textiles when proper textile management and laundering specifications were used.”

The report notes that outbreaks of infectious disease associated with laundered HCT are extremely rare. In fact, only 12 such outbreaks have been reported worldwide in the past four decades.

Generally, analyses of those outbreaks have identified the culprits as exposure of clean HCTs to environmental contamination, such as dust in storage areas, or a process failure during laundering – not poor processes.

"Current infection prevention strategies for laundering and handling HCT appear to be adequate in preventing healthcare-associated infections, provided that every step is taken to maintain the hygienic quality of HCTs prior to use,” Sehulster noted “However, if an outbreak occurs linked to HCT, it is not enough to conduct microbial sampling of laundered textiles and declare the laundry process to be the source of the problem. Each of the distinct operations of the laundry-handling process needs to be evaluated in order to pinpoint the root of the problem.”

The review was limited to clean HCT from laundries. “We did not address contamination that occurs while the HCT are in use,” she added. “That's a topic for future study.”