Home » Healthcare is Wrong About Errors 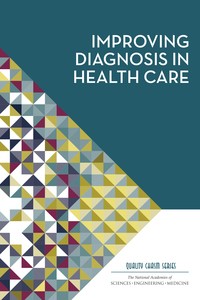 A Tragedy of Errors: CDC Scales Back Testing During a Pandemic

Calling the problem underappreciated and unacceptable, the Institute of Medicine (IOM) called on the healthcare community to address diagnosis errors by treating them as systemic problems and not human errors made by individuals.

IOM released the report, titled Improving Diagnosis in Healthcare, Monday and outlined the steps necessary for reducing these errors. Although it has been estimated every American will suffer a consequential diagnosis error in his or her lifetime, no reliable figures exist for how many occur each year, said Committee Chair John R. Ball, MD, JD, executive vice president emeritus of the American College of Physicians. The key finding in the report is that reducing diagnosis errors will require a collaborative effort not just among healthcare team members, but also of the patient and family, he said.

“The stereotype of a single physician contemplating a patient's presentation and discerning the diagnosis is not always true,” Ball said. “The diagnostic process often involves intra- and inter-professional teamwork. Nor is diagnostic error always due to human error. It often occurs because of errors in the healthcare system.”

The IOM report stops short of calling for mandatory reporting of diagnosis errors, but it emphasizes that healthcare providers must improve the entire diagnostic process, not just reduce errors. Healthcare IT should be used more for diagnoses and not just billing or other administrative purposes, the report says.

The IOM committee also calls for more involvement by radiologists and pathologists as members of the diagnosis team, and it praises the educational efforts of some medical malpractice insurers.

The report comes nearly 16 years after IOM’s landmark study To Err Is Human: Building a Safer Health System, which prompted a campaign to reduce medical errors.