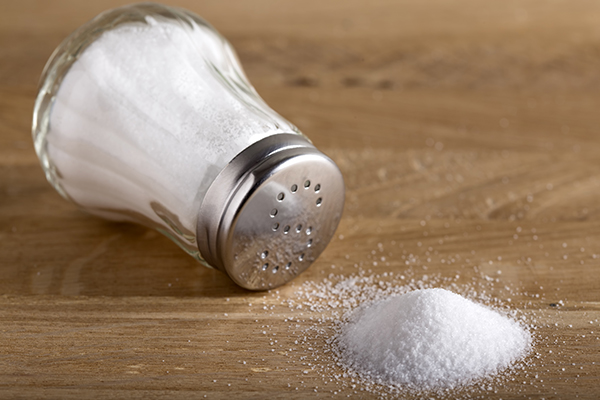 In 2016, the FDA called for the voluntary reduction of sodium levels in commercially processed, packaged, and prepared foods. Recently, investigators modeled and compared the potential health and economic effects of three scenarios of differing implementation of the agency’s proposed voluntary policy over a 20-year period. Even under modest scenarios, these researchers found the potential for billions of dollars in economic gains and significant health benefits.

“Between 2017 and 2036, the optimal reformulation scenario achieving the FDA sodium reduction targets could prevent approximately 450,000 CVD cases (95% uncertainty interval: 240,000 to 740,000), gain approximately 2.1 million discounted QALYs [quality-adjusted life years] (1.7 million to 2.4 million), and produce discounted cost savings (health savings minus policy costs) of approximately $41 billion ($14 billion to $81 billion),” the authors wrote. “In the modest and pessimistic scenarios, health gains would be 1.1 million and 0.7 million QALYS, with savings of $19 billion and $12 billion, respectively. All the scenarios were estimated with more than 80% probability to be cost-effective (incremental cost/QALY < $100,000) by 2021 and to become cost-saving by 2031.”

The authors noted limitations to their approach, including evaluating only diseases mediated through blood pressure and the fact that the effect estimates in their model were based on interventional and prospective observational studies, which could lead to biases and confounding. Still, these investigators were pleased with the results and noted that the potential “would be of great interest to policymakers.”

“Implementing and achieving the FDA sodium reformulation targets could generate substantial health gains and net cost savings,” the authors added. The American Heart Association received this study warmly, concurring with these authors about the benefits of sodium reduction.

“The American Heart Association strongly believes voluntary sodium targets for food manufacturers, restaurants, and food service operators can reduce our nation’s excessive sodium intake. This study reaffirms that the FDA strategy with industry implementation will positively impact millions of lives, produce societal cost savings, and should move forward without delay,” American Heart Association CEO Nancy Brown said in a statement. “This change is something consumers say they want, and several major food companies have already been working to reduce sodium in many of their products. We commend those industry leaders and urge them to continue their efforts to give consumers more choice over the amount of sodium they eat.” Brown called on the FDA to “level the playing field for food companies and advance the voluntary sodium targets.”

(Editor’s Note: In March, FDA Commissioner Scott Gottlieb, MD, delivered a lengthy speech on chronic disease burden and announced a comprehensive, multiyear plan intended to tackle the problem, which includes a continued call for sodium reduction in food. You can read the full speech here.)

Scherger goes on to warn of the potential hazards of overtreating blood pressure, which he argues could be just as dangerous as not treating high blood pressure. He notes that patients often may register higher blood pressure readings in a physician’s office than they would at home because of anxiety about visiting the doctor.

“We need to be diligent in getting accurate resting blood pressures in the office, and not overreact to readings when the patient is likely to be normal or controlled,” Scherger adds.

For much more on blood pressure targets and other cardiology-related research, be sure to check out the latest issues of Clinical Cardiology Alert. And don’t forget to read our special book STEMI Watch 2018: Advances in Diagnosis, Treatment, and Management for more information about improving the consistency of cardiac care for STEMI patients.