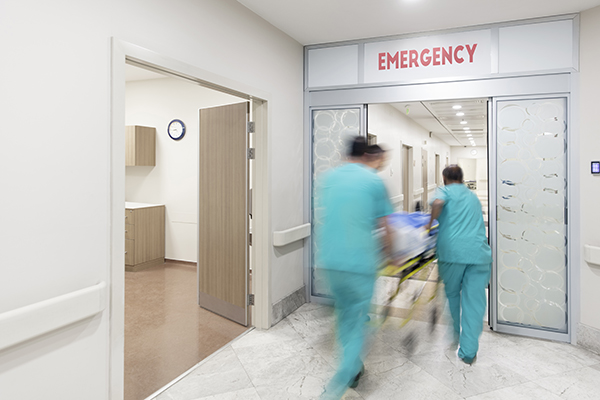 A recent poll conducted by the American College of Emergency Physicians (ACEP) revealed that nearly 9 of 10 emergency physicians faced a shortage of critical medications in their EDs within the last month. Further, 93% of respondents believe their facilities are not “fully prepared” to handle the patient surge that accompanies natural disasters and mass casualty events.

"These results demonstrate why there needs to be a much stronger focus on the medical aspects of preparedness in the Pandemic and All Hazards Preparedness and Advancing Innovation Act of 2018 [PAHPAI] that is currently being drafted," ACEP President Paul Kivela, MD, FACEP, said in a statement. "Hospitals and emergency medical services continue to suffer significant gaps in disaster preparedness, as well as national drug shortages for essential emergency medications. These shortages can last for months, or longer, and constitute a significant risk to patients. Emergency physicians are concerned that our system cannot even meet daily demands, let alone during a medical surge for a natural or man-made disaster."

"Congress must recognize that current shortages of essential emergency medications are a substantial threat to our nation's preparedness and response capabilities,” Kivela added. “ACEP urges lawmakers to establish an interagency, interdepartmental, and multidisciplinary task force that includes representation from the HHS assistant secretary for preparedness and response, the Food and Drug Administration, and the Drug Enforcement Administration, among others.”

Sadly, the United States has experienced more than a few major natural disasters and mass casualty events in the past year, straining emergency services across the country. In the aftermath, ED Management has reported on how emergency services providers responded. In the November 2017 issue, author Dorothy Brooks detailed the response to Hurricanes Harvey and Irma, which blew through southern Florida and the Gulf Coast in late August and early September 2017.

“Have a well-developed disaster plan in place,” Ferreira recommended. “You don’t put that plan in place a day before the storm. It takes months of preparation, and I think that is why we did so well here.”

On Oct. 1, 2017, a gunman killed dozens of people in Las Vegas. In the December 2017 issue of ED Management, Brooks described how regional medical centers combined resources to handle the surge of wounded patients. David Obert, DO, assistant medical director of the ED at the University Medical Center of Southern Nevada in Las Vegas, acknowledged that this wasn’t the first mass casualty event in his region and predicted it would not be the last.

“Unfortunately, something like this is going to happen again in Las Vegas. We just don’t know to what degree, and that is the challenge,” Obert lamented. “It is a matter of preparing for a process that is going to work in any circumstance, and not just mass casualty shootings.”

For more developments in the business and management of emergency medical care and tips for maintaining an ED that is efficient, compliant, and safe, be sure to check out the latest issues of ED Management.