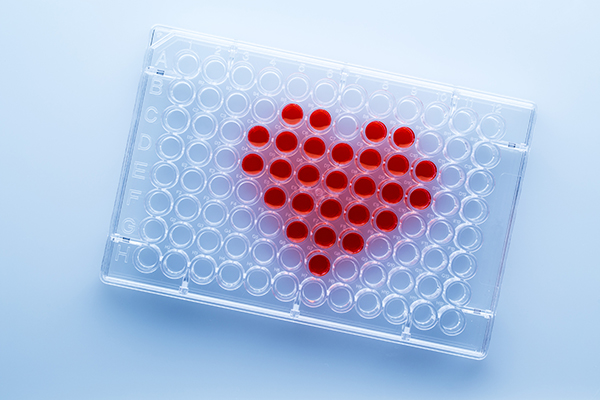 A new scientific statement by the American Heart Association released this week notes that while therapeutic advances have made HIV a more manageable disease, those with HIV are at a higher risk of developing heart disease vs. people who are not HIV positive.

The authors of the statement attributed this higher risk to interactions between traditional risk factors such as tobacco use and HIV-specific risk factors such as inflammation characteristic of chronic HIV. Looking at national sample data, the authors noted that more than 40% of people with HIV use tobacco.

“Considerable gaps exist in our knowledge about HIV-associated diseases of the heart and blood vessels, in part because HIV’s transition from a fatal disease to a chronic condition is relatively recent, so long-term data on heart disease risks are limited,” said Matthew J. Feinstein, MD, MSc, chair of the writing group for the statement and assistant professor of medicine and preventive medicine at the Feinberg School of Medicine, Northwestern University.

“Aging with HIV differs greatly from the aging issues facing the general population,” said Jules Levin, MS, in an accompanying patient perspective. Levin has been living with HIV for 35 years and is the founder and executive director of the National AIDS Treatment Advocacy Project. “On average, people living with HIV who are over 60 years old have three to seven medical conditions, including heart attacks, strokes, heart failure, kidney disease, frailty, and bone diseases, and many take 12-15 medications daily. As they age, people living with HIV are often alone and disabled, emotionally homebound due to depression, and are socially isolated. In addition, they often suffer from lack of mobility and an impaired ability to perform normal daily functions. We urgently need better awareness and more patient-focused research and care efforts for this vulnerable population.”

In the scientific statement, the authors recommend emphasizing the importance of a healthy lifestyle. In addition to smoking cessation, this includes eating a healthy diet, decreasing alcohol intake, and staying physically active.

In his State of the Union Address in February, President Trump announced his administration’s goal to end HIV in the United States within 10 years. The upcoming July issue of ED Management includes a report on the how the administration plans to make this goal a reality.

In addition, the July issue of ED Management includes a report about the role local communities play in this effort. For example, emergency providers have played a strong role in helping San Francisco drastically reduce the number of new HIV infections as part of the city’s Getting to Zero (GTZ) initiative, which began five years ago. The ED at Zuckerberg San Francisco General Hospital (ZSFGH) has identified 10% of all new HIV infections in the city. Working in partnership with Ward 86, the nation’s first HIV clinic (located on the ZSFGH campus), these patients and their partners have been connected to care quickly, greatly diminishing subsequent transmissions. It is a model that has been duplicated across the city to great effect.

“I think the biggest difference for us in the ED, and why [HIV care] is so seamless, is we partner with a lot of HIV advocates and people in the community who want to help bridge these patients … into long-term management,” Malini Singh, MD, MPH, associate clinical vice chief of emergency medicine at ZSFGH, told ED Management. “Making those relationships real and sustainable is super important for this work to continue.”