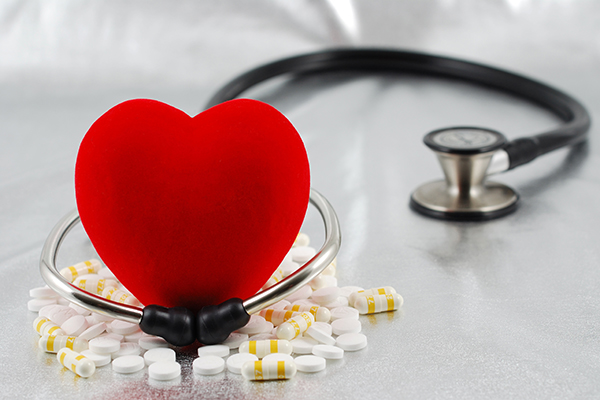 Debate Continues Over How to Better Manage Opioid Prescriptions

Discharge Antibiotic Prescriptions Often Are Inappropriate with Regard to Choice, Dose, Duration

The authors of a recent study found that unapproved or unfilled prescriptions for the latest cholesterol-lowering medication is connected to higher risks for cardiovascular problems in high-risk patients.

In 2015, PCSK9 inhibitors hit the market. While they help patients lower LDL cholesterol levels, PCSK9 inhibitors are more expensive than other treatments. Recently, investigators studied pharmacy claims and medical record data for about 139,000 high-risk adults collected between 2015 and 2017. They discovered that patients were 16% more likely to experience an adverse cardiovascular event if their insurance companies rejected coverage. Overall, data show insurers rejected about two-thirds of such prescriptions for those at highest risk.

Even if insurance companies approve coverage, some patients may choose not to fill prescriptions for PCSK9 inhibitors because of costly copays. In this study, researchers found patients were 21% more likely to experience an adverse cardiovascular event if insurers approved coverage but patients did not fill the prescription.

“We have both treatment guidelines and available medications to help reduce cholesterol and associated cardiovascular events in the most vulnerable high-risk patients,” Kelly D. Myers, BS, lead author and chief technology officer for The FH Foundation (which funded the study), said in a statement. “Yet barriers in the healthcare system, such as higher treatment costs, tight restrictions on approvals, Medicare rules against copayment assistance, and lack of coverage, are delaying treatment.”

Other findings include the fact that, among the patients studied, rejections occurred more often for women, black patients, and Hispanic patients. About two-thirds of unfilled prescriptions were among Medicare patients. However, the authors acknowledged their analysis did not uncover why prescriptions were rejected, among other potential issues (including possible sponsor bias). Still, the authors of an accompanying editorial acknowledged this is a problem that needs addressing.

“As the market forces have led to a significant reduction in PCSK9 prices, we think that the cardiovascular community is right to question these persistent obstacles in providing the right care for the right patient,” the authors wrote. “In its current form, there are clear unintended consequences of [prior authorization] that are not only having a toll on patient care and satisfaction but possibly on preventable outcomes.”

The August issue of Hospital Access Management includes an article about a recent survey that revealed there are plenty of adults with health insurance; however, more than a few of those with coverage consider themselves underinsured. In turn, such patients are more likely to delay or avoid seeking needed healthcare, either because they believe their insurance will not cover all costs and/or believe they will be unable to pay out of pocket for whatever their insurance will not cover.

The cover story of the upcoming September issue of Hospital Access Management will address the painfully slow authorization process, specifically how patient access leaders and employees are handling the problem. Healthcare workers on the frontlines will address how the authorization process has evolved in recent years and share effective techniques to alleviate associated problems.

For critical analysis of the latest clinical research in cardiovascular medicine, be sure to read recent issues of Clinical Cardiology Alert.