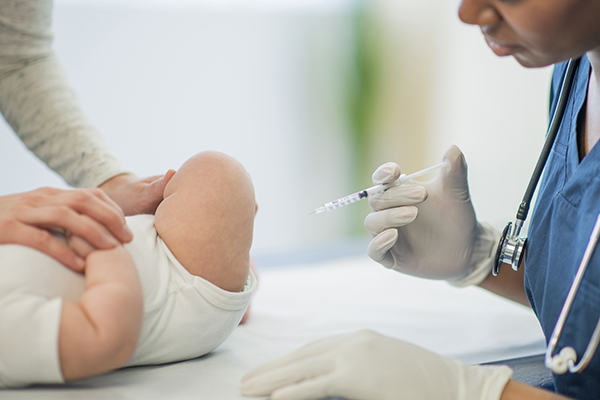 The CDC recommends vaccinating children against 14 possibly serious-but-preventable diseases by age 2 years. However, a recent investigation revealed not all children are receiving these shots per professionally recommended schedules.

Researchers studied information from the 2014 National Immunization Survey (NIS) and divided children into three groups: those who followed recommended guidelines (i.e., receiving all the prescribed vaccines at the appropriate age and dose), those who followed an “alternate” vaccine pattern (i.e., either skipping at least one shot or limiting the number of shots administered per visit), and “unknown or unclassifiable” (i.e., too hard to discern any recognizable patterns).

Of 15,059 children (age 19-35 months) living in the 50 states and Washington, DC, with provider-verified vaccination data, investigators found 23% of these children fell into the “alternate” category, and 14% fell into the “unknown or unclassifiable” category. The authors observed many factors that played into irregular vaccine patterns. These included living below the poverty line and moving across state lines to not being the firstborn child and receiving vaccinations from public facilities.

“The nonadherence of nearly 40% of the children in the 2014 NIS to the recommended schedule is consistent with several trends reported by American doctors in recent years, including parental requests to limit the number of vaccinations given at each visit, increased need for a strong and consistent physician recommendation for vaccination, and potentially wavering vaccine confidence,” the authors wrote. “In previous reviews, authors have highlighted concern over the number of shots per visit as a reason for reduced vaccination coverage in the United States and other developed nations. The findings in this study reaffirm that deviations from the recommended immunization schedule, whether as the result of parents following an alternate schedule or other factors, result in many children remaining out of date for an extended period.”

Investigators included hepatitis A and rotavirus vaccines in their analysis. These are recent additions to the recommended childhood vaccination schedule, they carry difficult delivery recommendations, and they are not a routine part of NIS. “Our up-to-date classification, although more comprehensive in the vaccines considered, was stricter than that routinely reported by the CDC, leading to a lower estimate of up-to-date children (58%, compared with 71% reported up to date for the combined series reported in the NIS),” the authors noted.

The researchers acknowledged they could not examine specific parental motivations for sticking to the recommendations or going with an alternate shot schedule. Further, there were not enough data to paint a clear picture of healthcare use patterns (i.e., the NIS includes information about vaccine administration, but does not include information about a child visiting a healthcare provider but not receiving a scheduled vaccine during that visit).

“Vaccine schedule adherence patterns are strongly associated with up-to-date status, and future research should be focused on identifying the parent actions and circumstances that increase the likelihood of deviating from the recommended schedule,” the authors concluded. “Interventions should target both providers (to ensure that all eligible vaccines are offered) and parents (to ensure that all eligible vaccines are received), ultimately contributing to greater numbers of U.S. children who are up to date for all recommended immunizations.”

The National Center for Health Statistics revealed the percentage of patients age 18-26 years who received one or more doses of the HPV vaccine doubled between 2013 and 2018, as reported in “STI Quarterly,” part of the March issue of Contraceptive Technology Update. This is a positive development, but as noted in the article, there remains room for improvement.

The National Institute of Allergy and Infectious Diseases plans to commit $41.6 million over five years to support four clinical research centers to develop vaccine candidates for syphilis, gonorrhea, and chlamydia, as reported in the December 2019 issue of Contraceptive Technology Update.

“An effective syphilis vaccine would represent a triumph for biomedical research over an ailment that has defied conventional public health strategies for prevention and control,” said Justin Radolf, MD, professor at the University of Connecticut School of Medicine and one of those leading the mission. “If successful, the scientific and public health impact of our approach will extend well beyond syphilis and establish a model to tackle other pathogens.”