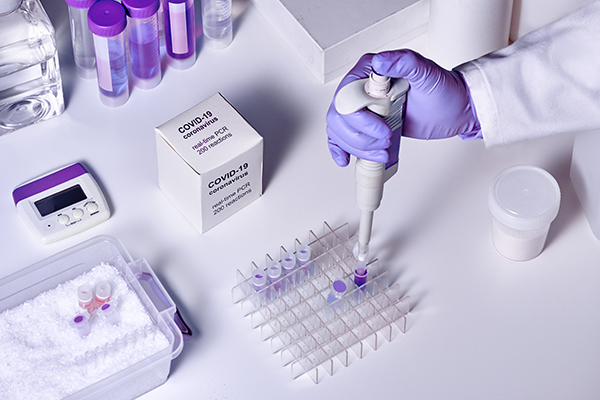 The FDA has issued an emergency use authorization (EUA) to nine U.S. companies since the beginning of February, giving those companies permission to speed production on and widely distribute COVID-19 test kits.

“Our device center has been in continual contact with the medical device community, in particular diagnostic developers, since January, providing technical assistance to test developers to help facilitate the availability and distribution of tests so that health care professionals can accurately detect the COVID-19 virus,” FDA Commissioner Stephen M. Hahn, MD, said in a statement. “Since the beginning of this outbreak, more than 90 test developers have sought FDA guidance with the development and validation of tests they plan to bring through the EUA process. Additionally, more than 40 laboratories have notified us that they are testing or intend to begin testing soon under our new policy for laboratory-developed tests for this emergency.”

The floodgates opened on Wednesday when Abbott announced it had received an EUA for its molecular test. Abbott executives pledged to immediately ship 150,000 tests across the United States. By the end of March, Abbott said it will have expanded capacity to produce 1 million tests per week.

Public health leaders have been concerned about the lack of an adequate supply of COVID-19 tests, which has hampered efforts to accurately assess who has contracted the virus and where hot spots might be emerging. The COVID Tracking Project has been collecting the most recent data on positive and negative results, pending tests, and total people tested for each state or district currently reporting that information. As this article went to press, the tracking project reports only 82,571 tests have been administered (tracking started on March 4). There are close to 330 million people living in the United States.

Several current and upcoming issues of various Relias Media publications include in-depth coverage regarding how COVID-19 is affecting many practice areas. For even more updated breaking news about the pandemic, please keep checking in with ReliasMedia.com.