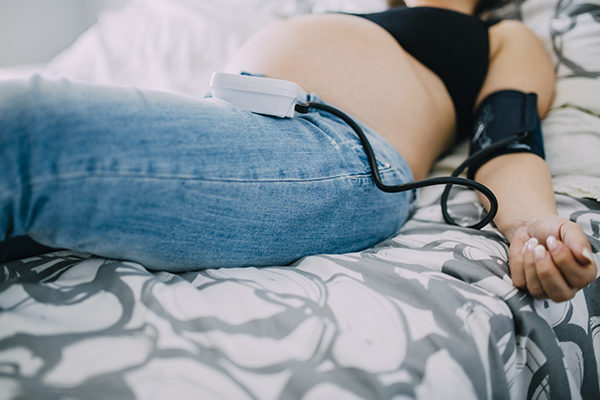 Too Many Antibiotics May Affect Vaccine Response Among Infants, Toddlers

Chronic hypertension, gestational hypertension, preeclampsia, and eclampsia during pregnancy may lead to behavioral and emotional disorders in children, according to the results of a recently published paper.

Investigators in Finland studied more than 4,700 mother-child pairs from the Prediction and Prevention of Preeclampsia and Intrauterine Growth Restriction study. The children observed were born between 2006 and 2010, and were followed until the end of 2016. The authors identified hypertensive pregnancy disorders for mothers and mental disorder diagnoses for their children through various Finnish national public health registries.

“While previous studies have shown significant effects of preeclampsia on ADHD, autism spectrum disorder, and schizophrenia in the offspring, a novel aspect of our findings was that the predisposing effects of maternal preeclampsia extended to any childhood mental disorder in the offspring,” Marius Lahti-Pulkkinen, PhD, a senior study author and a docent at the University of Helsinki, said in a statement.

If a mother suffered from a maternal hypertensive disorder and also was overweight/obese and diabetic, the cumulative incidence of childhood mental disorders increased from 6.6% among children of mothers with none of those conditions to 22.2% in offspring exposed to all three conditions.

“The findings emphasize the need for preventive interventions and treatments for maternal hypertensive disorders, since such interventions have the potential to benefit both the well-being of the expectant mother and her offspring,” Lahti-Pulkkinen said. “The findings also shed important new light on the etiology of childhood mental disorders. This information may help in targeting preventive interventions and support for families at risk, and aid clinicians in understanding issues and the underlying causes of childhood mental disorders.”

An article in the March issue of Case Management Advisor explains how various smartphone applications can help case managers monitor the health of pregnant patients. These patients also can receive health education through these apps. The goal is help keep these patients healthy and prevent postpregnancy medical crises.

In the May issue of Trauma Reports, the authors comprehensively reviewed the unique anatomic and physiologic features of pregnancy, as well as modifications and considerations important for the management of the pregnant trauma patient. The issue includes a section on cardiovascular changes that occur during pregnancy, with important education on how to monitor and manage various warning signs (e.g., when and how to evaluate a patient for preeclampsia).