Confusion, Skepticism Abound Regarding Convalescent Plasma as a COVID-19 Therapeutic 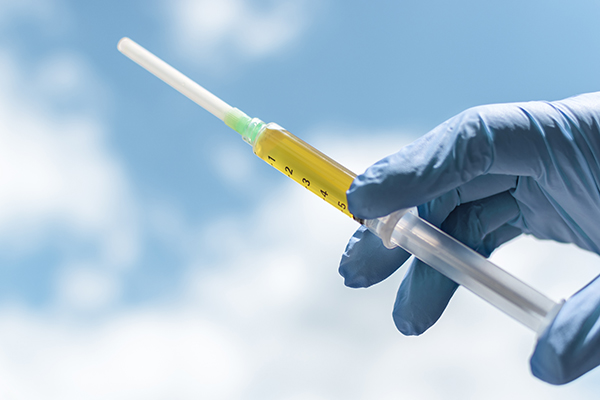 Jury Still Out on Convalescent Plasma

In the Race to Find a COVID-19 Therapeutic, Remdesivir Moves to Front of the Pack

Over the weekend, the Food and Drug Administration (FDA) announced it had approved an emergency use authorization (EUA) for investigational convalescent plasma for the treatment of COVID-19 in hospitalized patients.

Convalescent plasma therapy is when clinicians draw some blood from a patient who has recovered from the virus, test the blood for safety, purify the blood to isolate the antibodies, and inject that into a currently sick patient in the hope the antibodies from the donor can help the sick patient recover. After “an evaluation of the EUA criteria and the totality of the available scientific evidence,” the FDA decided to proceed with the EUA.

“We’re encouraged by the early promising data that we’ve seen about convalescent plasma,” FDA Commissioner Stephen Hahn, MD, said in a statement. “The data from studies conducted this year show that plasma from patients who’ve recovered from COVID-19 has the potential to help treat those who are suffering from the effects of getting this terrible virus.”

Immediately, criticism emerged — from skepticism about the data to accusations of an overly politicized process.

For several months, the Trump administration has provided millions of dollars in funding to a program led by the Mayo Clinic. Over five months, this national Expanded Access Program included more than 2,700 facilities, 14,000 physicians, and 101,000 patients. An estimated 71,000 patients received convalescent plasma injections. The preliminary results of a study of this therapy was released on Aug. 13, noting some success. While the paper awaits peer review, experts already were noting the lack of a placebo group, which makes it harder to determine the precise efficacy of this therapy.

“While the data to date show some positive signals that convalescent plasma can be helpful in treating individuals with COVID-19, especially if given early in the trajectory of disease, we lack the randomized, controlled trial data we need to better understand its utility in COVID-19 treatment,” Thomas M. File, Jr., MD, FIDSA, president of the Infectious Diseases Society of America (IDSA), said in a statement. “For this reason, IDSA supports the continued collection of data in randomized clinical trials to better understand the benefits of convalescent plasma treatment before authorizing its wider use in patients with COVID-19.”

Other scientists expressed concerns about how the announcement was framed, casting doubt on the veracity of claims made by the Trump administration on the therapy’s efficacy. Walid Gallad, MD, MPH, director of the Center for Pharmaceutical Policy and Prescribing at the University of Pittsburgh, was critical of how “official spokespeople misrepresented what FDA scientists concluded about strength of evidence.”

Everybody wants a quick solution to COVID-19. Between a pandemic-weary public and increasingly anxious politicians facing an election, every piece of positive news about the latest novel therapeutic may be hailed as a "breakthrough." This can lead to overeager reactions that put the cart before the horse. Certainly, President Trump has not been shy about pushing the FDA on COVID-19 solutions. On Aug. 22, one day before the agency's latest announcement, the president said, “The FDA is making it very difficult for drug companies to get people in order to test the vaccines and therapeutics. … Must focus on speed, and saving lives!”

The next day, shortly before the FDA press conference, White House Chief of Staff Mark Meadows doubled down, saying in an interview, “If they [the FDA] don’t see the light, they need to feel the heat.”

On Monday, Commissioner Hahn, in a lengthy Twitter thread, attempted to clarify what happened over the weekend. “We at FDA do not permit politics to enter into our scientific decisions. This happens to be a political season, but FDA will remain data driven,” Hahn wrote. “The convalescent plasma decision was made entirely by FDA scientists.”

After explaining the EUA is not the same as a final approval, Hahn admitted there was validity to criticism of how some information was presented.

“I have been criticized for remarks I made Sunday night about the benefits of convalescent plasma. The criticism is entirely justified,” Hahn wrote. “What I should have said better is that the data show a relative risk reduction, not an absolute risk reduction.”