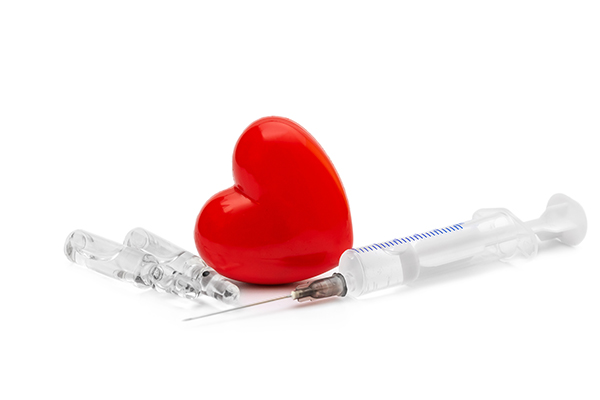 AMA Calls for Flu Vaccines for Most Americans

Receiving a flu shot can lower the risk of death and serious complications in those with heart disease, according to the preliminary results of a meta-analysis presented last week during the American Heart Association Scientific Sessions.

"Compare that to beta-blockers and ACE inhibitors, which are used to control high blood pressure. They reduce mortality by 20-25%," Siva Yedlapati, MD, lead investigator and an internist with Erie County Medical Center in Buffalo, NY, said in a statement. "This is totally compatible with that number, and it's just one shot per year, compared to taking medications every single day for the whole year. This is a huge benefit."

These findings await peer review and are considered preliminary until duly reviewed and published. Nevertheless, this information is important when considering the vulnerability of heart disease patients during flu season.

But although most people should be vaccinated every year, compliance is nowhere near 100%. At Children’s Wisconsin in Milwaukee, staff have been working to provide a flu vaccine to every eligible child who presents to the ED there, as reported in the upcoming January issue of ED Management. Subtle changes to screening protocols, supplemented by evidence-based literature, have led to progress.

With a COVID-19 vaccine not far away, plans are in the works to expand the screening protocol to six urgent care sites in the Milwaukee region, and then to integrate it across the health system to primary care, specialty clinics, and in the hospital.