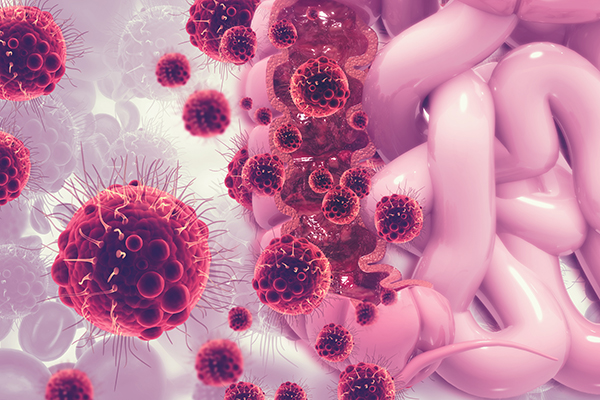 Can Antibiotics Lead to Colon Cancer?

Treatment Indication for Diabetes Drug Expanded to Include Heart Failure

In states that expanded Medicaid coverage under the Affordable Care Act, low-income people with colon cancer experienced overall better outcomes, according to the results of a new paper.

Starting Jan. 1, 2014, states could expand Medicaid programs to cover more low-income residents. Researchers used data on invasive colon cancer collected from the National Cancer Database, uncovering information about 4,438 patients living in the first 19 states that expanded Medicaid in January 2014 (so-called “expansion states”). They also pulled data for 6,017 patients in 19 “nonexpansion” states at that time. To estimate the relative effect of expansion, the authors used 2011-2012 as the period before expansion and the years 2015-2016 as the period after expansion.

Among patients with colon cancer stages I to III, those living in expansion states received earlier diagnoses, enhanced access to care, and better surgical care than those in nonexpansion states. Because diagnosis occurred earlier, the authors theorized this meant less invasive surgical procedures, which led to better outcomes generally. Also, interestingly, the authors observed patients’ willingness to travel farther if they lived a long distance from a hospital in an expansion state. The authors theorized those patients were willing to travel farther for care because Medicaid finally provided long sought after medical coverage.

“A paucity of studies looks at how Medicaid expansion affects cancer treatment and outcomes, as our study did. Our study also differed from others in that we analyzed data only from people who were most likely affected by Medicaid expansion: those aged 40 to 64 who had Medicaid or no health insurance,” Richard S. Hoehn, MD, lead author and surgical oncology fellow with the University of Pittsburgh Medical Center (UPMC) department of surgery at UPMC Hillman Cancer Center, said in a statement. “Studies like ours are building an increasing body of work that suggests the Affordable Care Act and Medicaid expansion are improving healthcare access and treatment for cancer patients.”

The earlier clinicians discover colon issues, the more likely it is for those patients to fare well. Thus, the U.S. Preventive Services Task Force (USPSTF) now recommends colon cancer screening begin at age 45. Although colon cancer is the third most common cancer in the United States, more than 30% of all U.S. adults age 50 to 75 years have never been screened.

“New science about colorectal cancer in younger people has enabled us to expand our recommendation to screen all adults starting at age 45, especially Black adults who are more likely to die from this disease,” USPSTF member Michael Barry, MD, said in a statement. “Screening earlier will help prevent more people from dying from colorectal cancer.”

The September 2020 issue of Integrative Medicine Alert included a review of a study that showed self-reported vitamin D supplement intake was associated with lower incidence of colorectal polyps in high-latitude conditions.