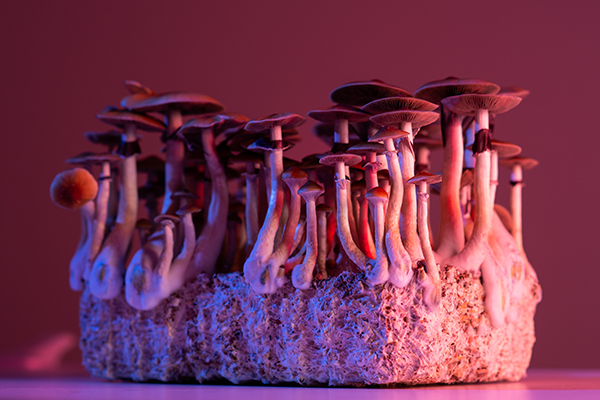 The National Institutes of Health (NIH) has awarded a federal funding grant to a group of researchers to study how psilocybin, a psychoactive component found in “magic mushrooms,” could help patients kick their smoking addiction. This is the first NIH grant awarded for this type of research in 50 years.

Investigators from Johns Hopkins Medicine, the University of Alabama at Birmingham, and New York University will use this $4 million grant to conduct their study over three years across multiple sites. The authors plan to build on work that began in earnest more than a decade ago, which led to the 2014 publication of the results of a pilot study that indicated psilocybin was much more effective for smoking cessation vs. other traditional therapies (e.g., nicotine patches).

In this upcoming NIH-backed investigation, researchers are planning a double-blind, randomized trial that includes a combination of cognitive behavioral therapy and psilocybin. Using this approach, researchers believe the psychedelic compound could break negative thought patterns and behaviors ingrained after years of tobacco use.

“These drugs, particularly psychedelics, show incredible early potential for treating a number of disorders. There is a real ethical issue with not conducting cautious research to explore that therapeutic potential,” Matthew Johnson, principal investigator in this upcoming study and professor in psychedelics and consciousness in the department of psychiatry and behavioral sciences at the Johns Hopkins University School of Medicine, said in the September 2021 issue of Medical Ethics Advisor.

As author Stacey Kusterbeck reported in that feature, under federal law, using and possessing cannabis is illegal. However, state laws have evolved significantly over the past decade. Depending on the state, cannabis might be legal for medicinal or recreational purposes (or both). Meanwhile, laws on psilocybin remain strict across the board, although some cities are beginning to loosen restrictions.

Still, regardless of the subject under study, the research and grant development process is expensive and time-consuming. Add to that the state of current drug laws, along with moral/ethical attitudes and politics, and studying psychedelics is a real challenge.

David Nutt, DM, FRCP, FRCPsych, FSB, FMedSci, sees no significant ethical issues with studying cannabis and psilocybin. “There is lots of evidence of safety. But for other more harmful drugs, like fentanyl or synthetic cannabis receptor agonists, there may be issues,” he told Kusterbeck in September. “There is an emerging realization that the banning of these drugs was politically driven, not by true health concerns.”

The extra hurdles for these particular drugs, Nutt added, are “a waste of time and money. It also slows research that could help people with significant mental health issues that current therapies don’t help.”