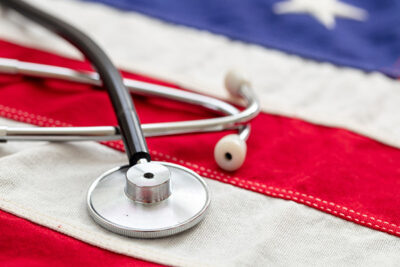 On Tuesday, Americans headed to the polls for the midterm election. In addition to voting for local, state, and federal representatives, citizens in several states also were faced with questions about various healthcare issues. Below is a summary of these.

In five states, voters considered the question of whether there is a right to abortion access, mainly through updates to constitutional language. In Michigan, voters backed Proposal 22-3, which amends the state constitution to add a guarantee to choose to use contraceptives and whether to abort a pregnancy. Voters in California and Vermont supported similar measures.

Conversely, in Kentucky, voters rejected new language that would have excluded abortion rights from the state constitution.

Arizona voters approved Proposition 209, the Predatory Debt Collection Act, which changes medical debt collection practices in that state. Under this act, the maximum interest rates that could be collected will decline from 10% to 3% annually. Creditors will be allowed to garnish only 10% of wages (down from 25%), and courts could intervene to lower that percentage even more under extreme circumstances.

South Dakota voters approved an amendment to the state constitution to allow Medicaid eligibility to expand for more low-income adults under the Affordable Care Act (ACA). This leaves 11 states that have not expanded Medicaid as allowed by the ACA.

Healthcare as a Fundamental Right

Oregon voters considered Measure 111: Access to Universal Healthcare. If passed, this would add language to the state constitution stating every resident has a fundamental right to affordable healthcare. As of press time, with 95% of votes counted, “yes” votes lead “no” votes 50.3% to 49.7%.

There is growing interest in psilocybin as an alternative treatment for various mental health disorders, including depression. In Colorado, voters approved Proposition 122, which will decriminalize psilocybin mushroom possession for adults. This measure also paves the way for state-licensed treatment centers where trained staff can administer the drug therapeutically and closely supervise patients.

In 2020, Oregon voters approved the legalization of psilocybin in supervised facilities. On Tuesday, dozens of counties and municipalities considered whether to allow manufacturing and service centers in those areas. Only two counties approved the initiative.