Hospitals regularly delay reporting or fail to report injuries and deaths caused by medical devices, according to a newly released FDA inspection report.

The FDA was concerned, in particular, about infections linked to contaminated duodenoscopes, and about the spread of uterine cancer when a surgical instrument, known as the power morcellator, is used to excise and cut tissue. An FDA blog post from Jeffrey Shuren, MD, JD, Director of FDA’s Center for Devices and Radiological Health, revealed that 15 of 17 hospitals that experienced such events were either late or failed to report the harm caused by these devices to the FDA. 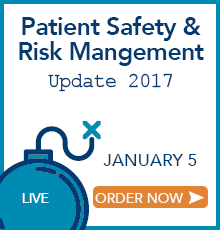 The risks related to morcellation highlight some of the pitfalls of device related reporting. Morcellation risks were brought to the public’s attention after a patient underwent a hysterectomy and follow-up tests revealed she had aggressive uterine cancer that had spread throughout her abdomen. The Massachusetts hospital that performed the procedure contacted the FDA informally, but believed the incident did not meet the criteria for mandatory reporting because the device had functioned as expected. The FDA issued a safety communication regarding morcellation, highlighting the potential spread of uterine cancer.

According to Shuren, three important lessons were learned from these failures:

On Dec. 5, 2016, the FDA held a conference entitled, “The Role of Hospitals in Modernizing Evidence Generation for Device Evaluation: Harnessing the Digital Revolution for Surveillance.” The agenda addressed these and other issues. Compliance Mentor will report on the important takeaways from this meeting in the January issue.