CHAPEL HILL, NC – While about 10% of older adults in the United States are victims of elder abuse, the situation is very rarely diagnosed in emergency departments, according to a new study.

The report in the Journal of the American Geriatrics Society uses a nationally representative database to estimate that elder abuse is formally diagnosed in only one of 7,700 ED visits. The under-diagnosis is especially important, according to researchers from the University of North Carolina at Chapel Hill, the University of California San Diego, and Weil Cornell Medicine in New York, because elder abuse victims often depend on EDs instead of primary care physicians for treatment.

The article emphasizes that, with more than 23 million ED visits by older adults annually, the ED is a critical setting to identify elder abuse and initiate interventions to ensure patient safety as well as to address unmet care needs.

"These findings indicate that the vast majority of victims of elder abuse pass through the emergency department without the problem being identified," said senior author Timothy Platts-Mills, MD, assistant professor of emergency medicine and co-director of the division of geriatric emergency medicine at the UNC School of Medicine.

The study results indicate that the most common types of elder abuse identified were neglect and physical abuse. These two types accounted for 32.9% and 32.2% of cases, respectively. Odds of elder abuse diagnosis were greater for women, (odds ratio [OR] = 1.95) and individuals with contusions (OR = 2.91), urinary tract infection (OR = 2.21), and septicemia (OR = 1.92), according to the report. 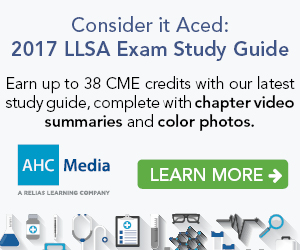 “Emergency physicians strive to make sure that for each patient who comes through the door, all serious and life-threatening conditions are identified and addressed,” Platts-Mills added. “For elder abuse, EDs across the country are falling short."

He conceded, however, that making that diagnosis is challenging, especially because older adults who are physically frail or have cognitive impairment have difficulty caring for themselves and are vulnerable to injuries that don’t involve abuse.

"It can be very difficult distinguishing whether a bruise is from a fall or physical abuse, or whether poor hygiene is a result of a patient asking to be left alone or the result of overt neglect on the part of a care provider," Platts-Mills said. "But those difficulties don't change the reality that elder abuse is common, takes a tremendous toll on its victims, and is frequently missed."

The study notes that current practice in most EDs is to ask a single question about safety at home at the time of triage.

A new tool being developed by the study team, however, will use several questions to inquire about different aspects of elder abuse, including psychological abuse and neglect, and it will include a physical exam for patients with significant cognitive impairment.