Endemic Monkeypox in the U.S.? We May Already Be There 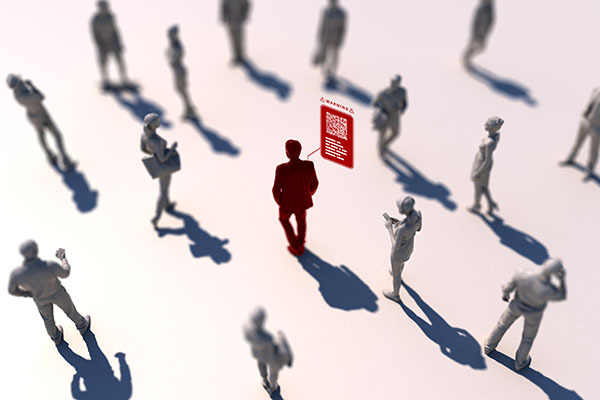 Although the most likely scenario is that monkeypox cases will fall significantly in the next few months, transmission in the United States is “unlikely to be eliminated in the near future,” the Centers for Disease Control and Prevention (CDC) reports.

This apparent concession to some level of enduring endemicity of monkeypox comes in a “technical report” using forward-thinking assessments, modeling, and a deep dive into the available data.

The CDC has “moderate confidence” that “the most likely longer-term scenario is that the outbreak will remain concentrated in men who have sex with men (MSM), with cases slowing over the coming weeks, and falling significantly over the next several months. … We note that low-level transmission could continue indefinitely, and the cumulative number of cases that could occur among MSM is unknown.”

Variables that could affect this forecast include protective behavior and vaccine uptake of MSM, the group in which the outbreak emerged globally and that continues to transmit most infections.

“Based on analysis through September 19, 2022, the growth rate of the monkeypox outbreak in the United States is slowing. We have high confidence in this assessment,” the CDC reports. “The slowing growth of the outbreak is likely due to a combination of many factors, including vaccination, behavior change, and possibly increases in infection-acquired immunity among a segment of the sexual networks at highest risk.”

In its technical report, the CDC also raises the possibility that monkeypox could establish an animal reservoir in the United States. “Several animal species in North America, both wild and domestic, may be susceptible to monkeypox infection and may be able to transmit the virus to other animals or species,” the CDC reported.

An orthopox virus akin to smallpox, monkeypox was so named after a colony of the primates became sick in a research lab in Denmark in 1958. However, the name is a misnomer, since it is thought that the natural reservoir for monkeypox is in African squirrels and rodents.

As part of research in this area, the CDC is investigating companion animals of monkeypox cases.

“CDC is working with partners in states and other jurisdictions to collect samples from animals that are present in the home while their owners are isolating due to monkeypox,” the report states. “A standard questionnaire is administered to examine risk factors for human-to-animal transmission and to assess if behavioral modifications following monkeypox diagnosis are associated with reduced likelihood of animal infection in the household setting. The findings will help create evidence-based guidance for public health and animal health professionals.”