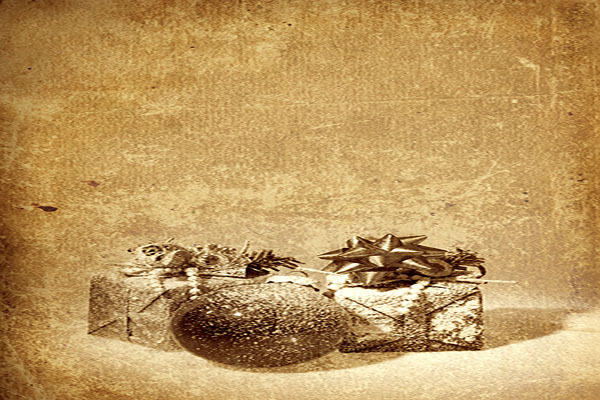 Although one could argue that this headline is not bad advice during a flu season and a pandemic, this scold against affection and romance beneath the mistletoe is not the latest recommendation from the Centers for Disease Control and Prevention (CDC). Indeed, the CDC did not exist when the headline was written: Dec. 21, 1918, in the Ohio State Journal.

Scouring through December 1918 newspapers in the University of Michigan’s encyclopedic collection of medical history, one finds many similarities with the infamous 1918-19 H1NI Influenza A epidemic and the conspicuous bug in our figgy pudding: COVID-19. It’s etiologic agent, SARS-CoV-2, is very much with us for the holidays.

As of Dec. 21, 2022, COVID-19 cases were up 13% from the prior two weeks. There were 40,475 hospitalizations, a 10% increase. Deaths were up 21%, with a 413 daily average. Although seasonal flu and respiratory syncytial virus (RSV) may have peaked, there is still a lot of virus out there in the wind and snow. Should you let them in for the holidays?

No, said the public health commissioner in the aforementioned 1918 article, predicting: “After Christmas we’ll have another flare-up. People will mix and muss it all up again. That’s their privilege, but they’ll have to pay the fiddler for it.”

With no CDC, individual states and municipalities implemented prevention measures that differed by degree and kind in 1918. For example, San Francisco had a strong mask mandate, which it dropped when cases fell and then tried to reinstate it when H1N1 surged back. No one wanted to go back to masking and compliance was poor, a lesson the CDC would learn when it tried the same tactic more than a hundred years later.

On Dec. 12, 1918, the Boston Globe warned against Christmas gatherings, saying it could result “in the same aftermath that characterized the days following the Victory Day crowds and the Thanksgiving celebrations.”

World War I had ended and American soldiers were promising to be home for Christmas. With this historic development, and the public pent up by the virus for much of the year, the warnings against Christmas gatherings largely would be ignored. Those admonitions against kissing likely fell by the wayside as well.

“The country has been engaged in a war of great magnitude,” the Salt Lake Tribune opined in its Dec. 21, 1918, edition. “The people are in the possession of more than the usual amount of money at the Yuletide season. Thrift and economy have been practiced to a very considerable extent. The holiday spirit is abroad in the land and the flu is not so much a menace as it was a few weeks ago.”

Predictably, a third wave of H1N1 hit after the holidays and continued into spring. Overall, millions of people died globally, as there was no vaccine and no antibiotics to treat bacterial pneumonia co-infections.

In 2005, the CDC and other federal researchers meticulously recreated the H1N1 pandemic virus — in part from the frozen victims of 1918 flu exhumed in Alaska and the Arctic Circle. Researchers recreated the virus and gave it to a lab mouse. It died. The research mice showed viral replication deep within the lungs, prompting the hyperimmune response known commonly as the “cytokine storm.”

Cytokines are proteins in the immune system that send out messages as part of the body’s response to an invading pathogen. In the H1N1 pandemic, cytokines overreacted in some people, creating an inflammatory immune response that gave the virus its unusual epidemiological signature: Many of the deaths were in people with seemingly healthy immune systems from 20 to 40 years old. It’s an odd mortality group, not the typical death toll in the very young and old during seasonal flu.

Given the many medical variables and a century’s passing, it’s hard to compare a pandemic influenza virus with a pandemic coronavirus. We now have vaccines, antibiotics, and antivirals that seemingly would blunt H1N1’s legendary virulence. We also have some vestige of immunity from those infected who survived.

Despite all that, the HIN1 virus has so much “street cred,” if you will, that the presumably frozen reconstructed version is classified by the CDC as a Select Agent, a severe public health threat subject to control and containment regulations.

Given that assessment, you can question the good sense in recreating it. The last natural cases of the H1N1 pandemic strain occurred in 1920. Then it disappeared. May COVID-19 follow a similar path in 2023.

For more on this story, see the next issue of Hospital Infection Control.