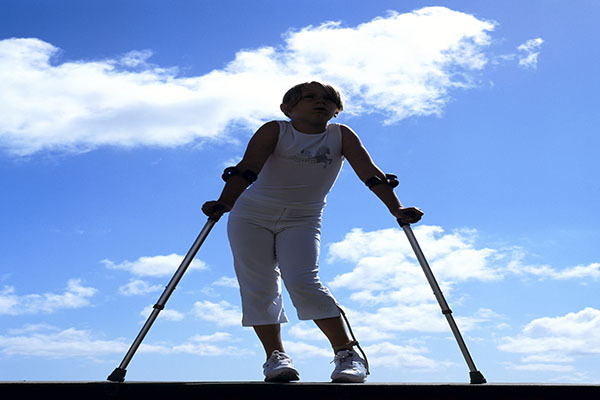 A recent paralytic polio case in New York revived memories of the terror of post-war America, when a mysterious disease with no treatment nor vaccine began spreading by unknown routes of transmission -- seemingly randomly paralyzing children.

People were afraid to go out and gather at theaters and the like, so social distancing is not new. With one prevailing theory that it was spread by flies and mosquitoes, suburban yards were soaked with DDT, later determined to be toxic. A survey of Americans in 1952 found that only nuclear annihilation was more feared than polio.

Polio cases peaked that year at 58,000, with some 3,000 deaths. However, Jonas Salk, MD, was hard at work on a vaccine in his University of Pittsburg lab, which he announced as safe and effective in 1953.

Polio was declared eradicated in the U.S. in 1979, but sporadic introductions have occurred since then. However, the latest case in New York contracted the virus locally in what appears to meet the definition on outbreak. The dramatic presentation of paralytic polio occurs in only about 1% of cases, when destruction of spinal tissue induces loss of limb function.

“One case of paralytic polio indicates an outbreak and there are likely many infected, with about 25% having a mild clinical illness and the majority — about 75% — having an asymptomatic infection,” said Farrell Tobolowsky, DO, MS, LCDR, an immunology and vaccine epidemiologist at the Centers for Disease Control and Prevention (CDC).

Speaking at a clinical briefing with NY state health officials, she added, “Most importantly, even those with asymptomatic or mild infection can shed the virus.”

The case of paralytic polio occurred in an unvaccinated, immune-competent young patient who presented to an emergency room in Rockland County, New York with lower limb weakness and fever. Another worrisome sign is that there seems to be clonal spread of the same virus.

“Vaccine-derived poliovirus type 2 was confirmed by CDC, and the sequence showed 10 nucleotide changes in the region that encoded viral capsid protein 1 — as compared to the Sabin 2 strain — which might imply circulation for some time and reversion to capability of causing paralysis,” said Emily Lutterloh, MD, MPH, epidemiology director at the NY state health department.

Speaking at the clinical briefing, Lutterloh said the patient did not have any international travel during the 21-day incubation period before onset of paralysis but had attended a large gathering about eight days before the onset of symptoms.

“Generally, person-to-person spread occurs via the fecal-oral route,” Tobolowsky said. “However, it can spread less commonly through the oral-to-oral route, or contamination of food or water and unsanitary conditions.”

The CDC does not routinely test wastewater for poliovirus but began doing so after discovering the paralytic case. Poliovirus was found in sewage in Rockland and two adjacent counties, as well as in New York City to the south. The virus found in Nassau County on Long Island was a genetic match to the index case, suggesting clonal spread in the region.

On Sept 9, 2022, New York Governor Kathy Hochul declared a state of emergency, prioritizing polio vaccine distribution and expanding those who can administer it to include emergency medical workers, midwives and pharmacists.

“Routine vaccination rates against polio across all ages have decreased throughout the COVID-19 pandemic, and vaccine hesitancy has increased,” Hochul’s executive order states. “The vaccination rate against polio among two-year-old children in New York [state] is 79% — and is significantly less than that in several counties and ZIP codes.”

The CDC and the state are collaborating to increase surveillance of cases and contact tracing. Trying to detect the level of asymptomatic polio, investigators are working with pediatricians to obtain samples from soiled diapers if the parents agree.

“We've also recommended boosters for a very narrow group of individuals who are at high risk of exposures such as those in contact with our case and certain healthcare workers who might care for polio patients,” Lutterloh said.

The New York patient contracted a strain of vaccine-derived poliovirus, which is the weakened live poliovirus contained in oral polio vaccine. “If allowed to circulate in under- or unimmunized populations for long enough, or replicate in an immunodeficient individual, the weakened virus can revert to a form that causes illness and paralysis,” the CDC noted.

The U.S. has used inactivated poliovirus vaccine via injection since 2000, but the oral immunization is still used in other parts of the world and is generally effective unless overall immunity begins to ebb.