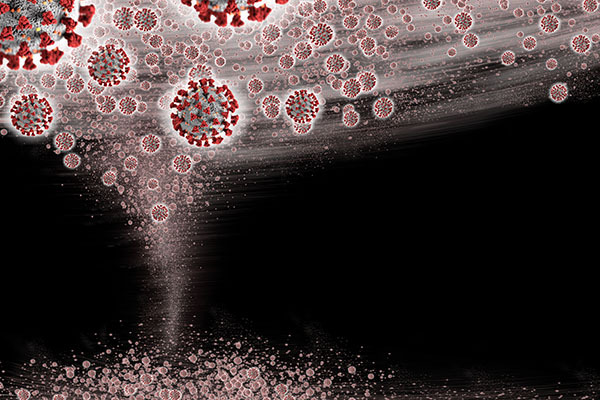 Respiratory infections are causing hospitalizations and deaths nationally in an unprecedented trifecta of influenza, respiratory syncytial virus (RSV), and COVID-19.

Though RSV has plateaued and is dropping in some regions, it has hit pediatric facilities particularly hard when combined with what could be a flu season for the ages.

“I worked in pediatrics for 25 years and it was never like this — we’re in a perfect storm,” says Pat Jackson, RN, BSN, CIC, FAPIC, president-elect of the Association for Professionals in Infection Control and Epidemiology (APIC).

The Biden Administration has promised federal assistance to state governors after some pediatric associations petitioned for the declaration of a public health emergency in a November 26 letter.

The pediatric groups emphasized that “unprecedented levels of RSV happening with growing flu rates, ongoing high numbers of children in mental health crisis, and serious workforce shortages are combining to stretch pediatric care capacity at the hospital and community level to the breaking point.”

Although the seasonal influenza vaccine is thought to be a good match with the circulating strains, flu exploded out of the gate and shows no signs of leveling off.

“In Dallas, flu positivity is at 25%,” says Jackson, infection control director at White Rock Medical Center in the Texas city. “That means one out of every four people tested has the flu. And it is just going up — there is no down in the curve yet.”

As of Dec. 2, 2022, the Centers for Disease Control and Prevention (CDC) reported that “so far this season, there have been at least 8.7 million illnesses, 78,000 hospitalizations, and 4,500 deaths from flu.” The latter toll includes at least 14 deaths in pediatric patients.

The cumulative hospitalization rate in week 47 — a metric used in CDC surveillance — has not been seen since the flu season of 2010-2011. “The number of flu hospital admissions reported in the HHS Protect system during week 47 almost doubled compared with week 46,” the CDC reported.

That encouraging finding is tempered by the caveat that the vaccine may not prevent initial infection, but will keep many of those immunized out of the hospital and the morgue. Thus the CDC recommends that everyone six months and older get vaccinated annually for influenza.

“We have to remember that influenza vaccine works best — as does the COVID vaccine — in preventing serious illness,” says William Schaffner, MD, Vanderbilt professor and medical director of the National Foundation for Infectious Diseases. “It’s not nearly as good at preventing the disease completely. Of course, it can do that in younger persons with strong immune systems, but older people may get influenza despite being vaccinated. But the vaccine is still a great success if they don’t get admitted to the hospital.”

Though vaccine efficacy data remain to be determined for this season, “hospitalizations are occurring in unvaccinated people and some frail people even though they were vaccinated,” he adds. “We have to acknowledge that — the vaccine is not perfect.”

CDC Director Rochelle Walensky, MD, said at a December 5 press conference that the agency is considering formally recommending indoor masking again to prevent respiratory infections in general, and to protect high-risk groups like pregnant women, children under five years old, and those over 65 years. Schaffner is similarly encouraging people with underlying conditions to mask up for indoor gatherings.

“I am suggesting to people — particularly older people or those with an underlying illness such as diabetes, heart disease, or lung disease — if you are going to a shopping mall or religious services, a concert or a business meeting, wear a mask,” he says. “I certainly do in those circumstances. I think a lot of people in the high-risk groups have learned over the last two years that social distancing and mask wearing really offer another degree of protection. They will [don masks] but will the general public? I think it is unlikely, but I keep focusing my message on high-risk groups.”

“Last year we had a late November early December surge that went into January and we thought that we were going to have a very substantial flu season,” Schaffner says. “About the second week in January cases just plummeted. I mean it was a very abbreviated flu season, though it smoldered for a long time. We hope this one declines quickly, because if it continues — and there have been other flu seasons lasting for two to three months — we could be in for a very substantial viral winter.”