BOSTON—Nearly half of physicians responding to a recent survey said that they intend soon to cut back on hours, retire, take a non-clinical job, switch to “concierge” medicine or take other steps that will further limit patient access.

A key reason is the lack of time to provide the highest level of care to patients, according to the results of the survey commissioned by the nonprofit Physicians Foundation.

The biennial survey of more than 17,000 U.S. physicians found that doctors continue to struggle to maintain morale levels, adapt to changing delivery and payment models, and provide patients with reasonable access to care.

With 48% planning to cut back or move away from direct patient care, the Physicians Foundation warned, “These patterns are likely to reduce the physician workforce by tens of thousands of full-time equivalents (FTEs) at the time that a growing, aging, and more widely insured population is increasing overall demand for physicians.” 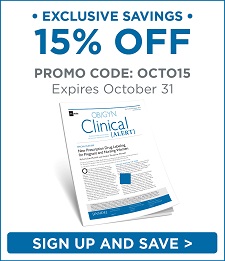 “Many physicians are dissatisfied with the current state of medical practice and are starting to opt out of traditional patient care roles,” added Walker Ray, MD, president of the Physicians Foundation and chair of its Research Committee. “By retiring, taking non-clinical roles, or cutting back in various other ways, physicians are essentially voting with their feet and leaving the clinical workforce.”

The survey was conducted online from April 2016 through mid-June 2016 by the physician search and consulting firm Merritt Hawkins on behalf of the Physicians Foundation. This survey, conducted biennially since 2008, has consistently demonstrated that the professional morale of physicians is declining, according to the Physicians Foundation, which pointed out that about half of survey respondents would not recommend medicine as a career to their children.

Regulatory/paperwork burdens and loss of clinical autonomy are the primary complaints, according to the survey.