Home » Statistics show more use of LARC — How can you maintain momentum?
Clinical / Contraceptive Technology Update

Statistics show more use of LARC — How can you maintain momentum?

Survey results show use of LARC continues to rise

Use of long-term methods moving up — How can you boost numbers?

Travel Medicine: News You Can Use

The latest national statistics show that long-acting reversible contraceptives (LARCs) now follow the Pill, sterilization, and condoms as the most common methods used by U.S. women.

The latest national statistics show that long-acting reversible contraceptives (LARCs) now follow the Pill, sterilization, and condoms as the most common methods currently used by women in the United States.1 However, with 51% of pregnancies unintended in the United States,2 advocates are pushing to improve access to such effective birth control.

This new data represent good news from the Centers for Disease Control and Prevention’s National Center for Health Statistics (NCHS), says Andrew Kaunitz, MD, University of Florida Research Foundation professor and associate chairman of the Department of Obstetrics and Gynecology at the University of Florida College of Medicine — Jacksonville. More U.S. women have access to and have chosen to use highly effective reversible contraceptives, he notes.

“Building on this progress will depend, among other things, on reimbursement policies minimizing out-of-pocket cost for women considering the implant or intrauterine devices [IUDs],” states Kaunitz. “As more of our patients choose IUDs and implants, we can look forward to fewer unintended pregnancies and induced abortions.”

In the previously prepared report, which looked at use from 2006-2010, analysts did not present a subtotal for LARCs, states Kimberly Daniels, PhD, lead author of the current report. Although not shown, that percentage for LARCs was 3.8% for 2006-2010 among women ages 15-44, compared with the 7.2% shown in the new report for 2011-2013. That increase is statistically significant, she notes.

Data were analyzed by level of educational attainment. Current use of female sterilization declined with greater educational attainment; 27.0% of women with a high school diploma or general equivalency diploma (GED) were using female sterilization, compared with 10.3% of women with a bachelor’s degree or higher. Current pill use was more common with greater educational attainment. One in five women (21.5%) with a bachelor’s degree or higher was using the Pill. Statistics show fewer than one woman in 20 (3.6%) without a high school diploma or GED was using an oral contraceptive. Similar percentages of women across education groups were using condoms (8%–11%) or LARCs (8%–10%).1

When looking at pill use, statistics suggest current use was higher among non-Hispanic white women (19.0%) than among Hispanic (10.9%) and non-Hispanic black (9.8%) women. Current condom use was similar across the three Hispanic origin and race groups shown, which was about 9%, data indicate.

The American College of Obstetricians and Gynecologists is recommending 18 policies and practices that will increase availability of the full range of contraceptive methods and will remove existing and potential barriers.

According to a newly released Committee Opinion, contraception is an essential part of preventive care, and all women should have unhindered and affordable access to all contraceptives approved by the Food and Drug Administration (FDA).3

A key focus of this Committee Opinion is informing clinicians across the board about access issues to the various methods of contraception in general and informing them that all women should have access, states Wanda Kay Nicholson, MD, professor of obstetrics and gynecology at the University of North Carolina at Chapel Hill. Henderson serves as chair of the College’s Committee on Health Care for Underserved Women, which compiled the recommendations.

The new recommendations call for the following:

“We can prevent unintended pregnancy and help ensure that women have the contraceptive care necessary to have healthy families if and when they want to,” says Nicholson. “But we must remove barriers and promote access for all American women, and we must support policies that will increase and improve utilization of contraceptives.” 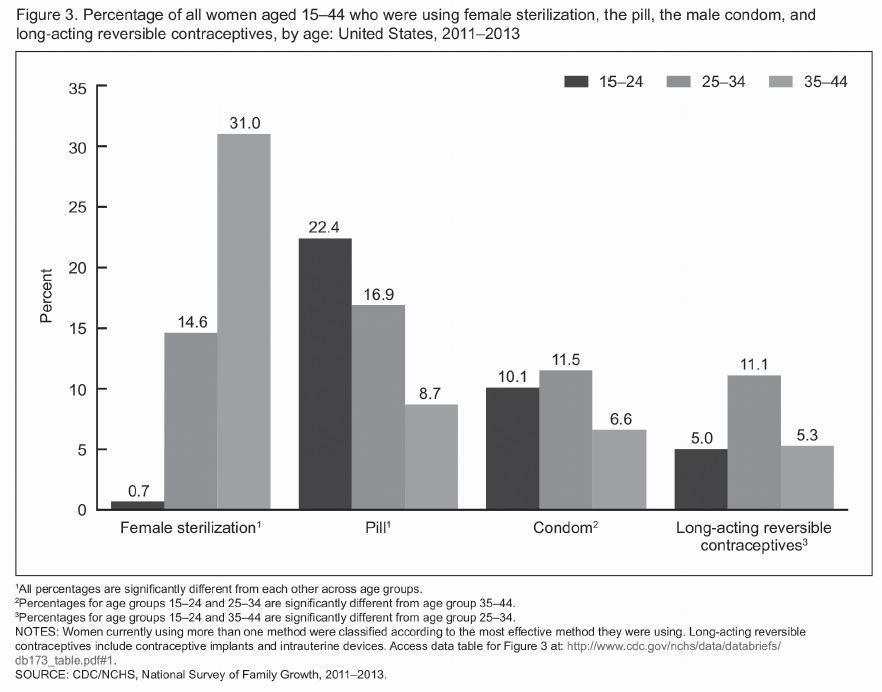 Robert Hatcher, MD, MPH, professor emeritus of gynecology and obstetrics at Emory University School of Medicine in Atlanta, says, “The near-to-doubling of the use of LARC methods, from 3.8% to 7.2%, in the two time periods referred to in the NCHS studies is certainly in the right direction. However the use of LARC methods by just over 75% of the 9,256 women in the St. Louis Contraceptive CHOICE Project suggests that all hoping to increase use of IUDs and implants carefully study the counseling techniques employed by the CHOICE Project.”4

Now that the ACA is covering all the contraceptive costs of an ever-increasing number of women, more and more women can receive LARC methods at no cost, says Hatcher.

Statistics show more use of LARC — How can you maintain momentum?

Medicaid is making an impressive impact

Some groups continue to bear disproportionate burden of STIs