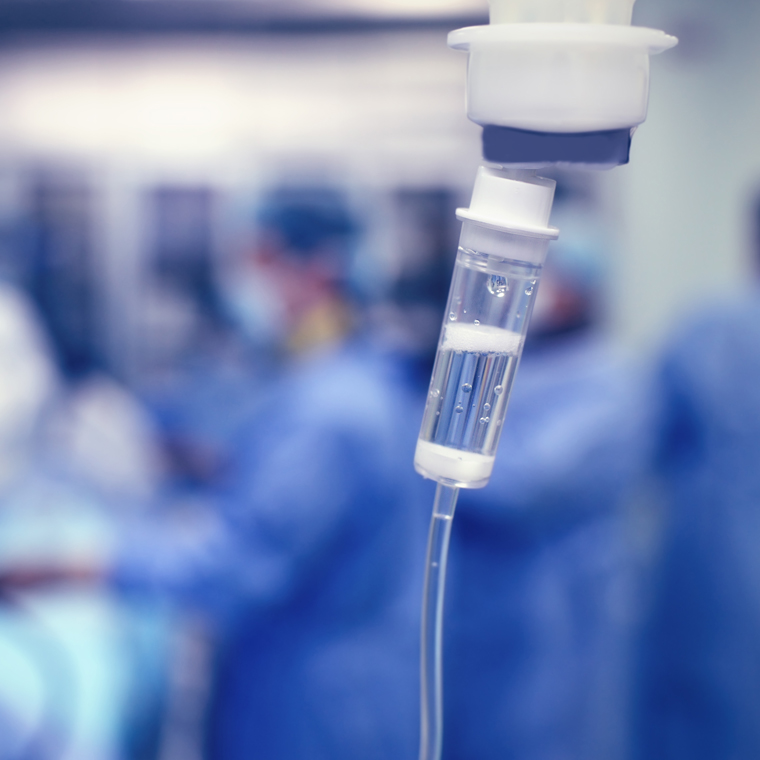 Volume overload is a hallmark of acute heart failure (AHF). In hospitalized patients, intravenous loop diuretics are the most commonly used treatment for decongestion and symptom relief. Intravenous (IV) fluids are routinely administered to hospitalized patients, although their use in patients with AHF seems counterintuitive. No previous study has evaluated the frequency and effects of IV fluid administration among patients hospitalized for AHF.

To examine this issue, Bikdeli and colleagues analyzed records from the Premier database, which represents approximately 20% of acute care hospitalizations in the United States. They identified 131,430 patients who were hospitalized for heart failure between 2009 and 2010 and treated with a loop diuretic within the first 2 days of hospitalization. Patients with sepsis, bleeding, anaphylaxis, or need for vasopressors were excluded.

The authors found that 11% of patients admitted for AHF also received at least 500 mL of IV fluid during the first 2 days of hospitalization, with a median volume of 1000 mL. There was wide variation in the fluid utilization rate between hospitals, ranging from 0%-71.1%, with a median of 12.5%. One quarter of all hospitals gave IV fluids to at least 20% of patients with AHF.

After controlling for baseline characteristics, patients who received IV fluids had significantly higher rates of subsequent ICU admission (5.7% vs 3.8%; P < 0.0001), and in-hospital death (3.3% vs 1.8%; P < 0.0001), as well as higher rates of intubation and need for renal replacement therapy. There was no significant difference in the median length of stay between those who did and did not receive fluids. The authors conclude that administration of fluids to patients with AHF is not uncommon, may be associated with adverse events, and represents a possible opportunity for improvement.

Assessment of volume status is often challenging, and the concomitant use of fluids and diuretics may reflect a health care provider’s uncertainty. There may be different, even opposing, opinions about a given patient’s volume status among members of the treating team, compounded by a lack of clear communication between team members, and resulting in use of opposing therapies. Patients with AHF also frequently present with, or develop, hypotension and renal insufficiency, conditions that are commonly treated with IV fluids in the general population. Without careful consideration of the underlying physiology, these same interventions may be reflexively applied to patients with heart failure.

One particularly striking finding is the wide variation in fluid utilization rates across hospitals. This could be due to underlying differences in practice culture between hospitals. Alternatively, some hospitals may have systematic mechanisms in place that routinely lead to use of IV fluids, such as automated order sets. Identifying these factors is an important step toward eliminating the pathways that lead to inappropriate use of fluids.

This study has clear limitations. By using an administrative database, the authors could not identify the particular reason a given patient may have received IV fluids. It is possible the patients who received fluids were sicker, or fluids were given to counteract over-aggressive diuretic use. The authors took steps to avoid these pitfalls, such as limiting the timeframe to the first 2 days of hospitalization and excluding patients with other indications for fluids such as sepsis or anaphylaxis. However, there may have been underlying differences in the patient populations that could not be accounted for.

This study shines a light on an issue that has gone largely unnoticed in the management of AHF. Identifying the frequency and consequences of IV fluid use in patients with AHF is the first step toward finding a solution. Providers should make sure there are no institutional factors contributing to the overuse of fluids in these patients, such as automated order sets that routinely include fluids. Careful assessment of volume status remains one of the most important skills in heart failure management and cannot be neglected. Clear communication among team members is critical to make sure there is a cohesive treatment plan. By keeping these in mind, hopefully we can reduce the push-pull of simultaneously administering diuretics and fluids.

Bridging During Anticoagulation Interruptions Is Associated with Worse Outcomes

Ticagrelor Cost Effective as Well as Efficacious, According to New Analysis