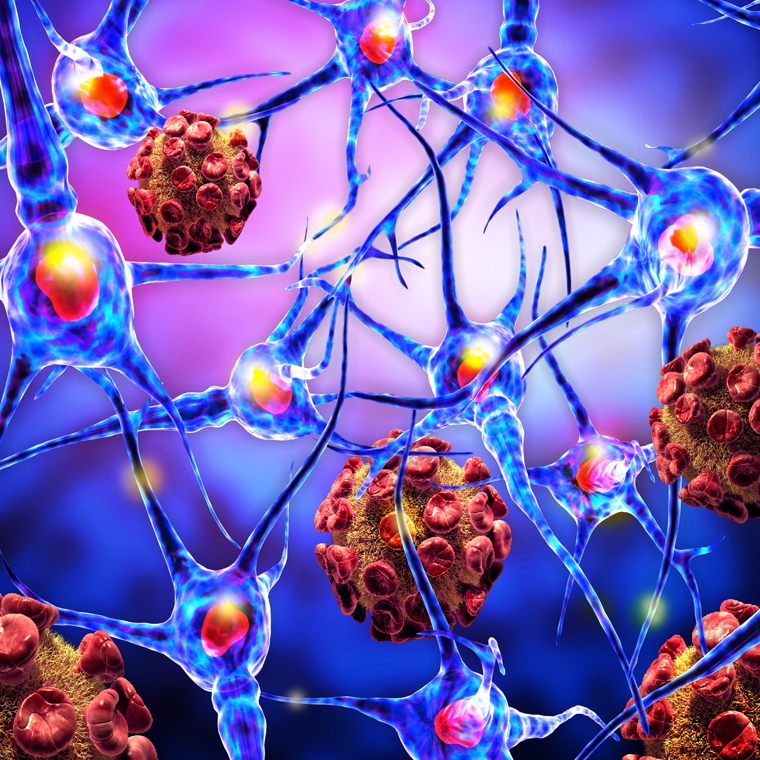 Is High-Dose Cyclophosphamide a Treatment Option for Multiple Sclerosis?

Disability in Patients with Multiple Sclerosis: A Long-Term Study

Drs. Mallack and Kosofsky report no financial relationships relevant to this field of study.

Multiple sclerosis (MS) is traditionally understood as a focal, inflammatory, demyelinating disease of the central nervous system. MS has also been recently characterized as having a neurodegenerative component, as evidenced by progressive deep gray matter atrophy in adult-onset MS. In a parallel manner, reduced thalamic and whole brain volumes have been demonstrated in pediatric-onset MS (onset prior to age 18). In this study, the authors pursued longitudinal MR-based volumetric analyses to compare the growth trajectory of the brain, including deep grey structures — thalamus, putamen, caudate, and globus pallidus — by comparing regional brain volumes in patients with pediatric and adolescent-onset MS with age-matched controls. The relative contribution of “T2 lesion burden” and the timing of the onset of puberty to brain growth was also investigated. The authors hypothesized that identification of the differences in the growth curves would determine whether differences in regional brain volumes could be attributed to failure of brain growth, progressive brain atrophy, or both. As such, this study was pursued to demonstrate the possibility of the early onset of a regional neurodegenerative component in pediatric MS patients.

Low T2 lesion burden was arbitrarily chosen as 0.35% of normalized brain volume. Puberty was defined as age onset 11 years old —arbitrarily chosen to understand the effect of disease onset before and after that time — which is the average age for boys and girls.

T2 lesion burden between brain, caudate, putamen, and globus pallidus volumes did not differ between MS patients who had an inter-scan lesion-to-brain ratio exceeding 0.35% vs MS patients with low lesion-to brain ratios < 0.35%. However, higher lesion load, not specific to the thalamus, was significantly associated with smaller thalamic volumes over time.

The onset of MS during childhood and adolescence significantly inhibits normal brain and thalamic growth. Additionally, there is progressive loss of brain and thalamic volume over time, implicating a component of brain atrophy. Thus, the neurodegenerative aspect of MS is not a late-onset complication. Rather, it is at play early on in patients with pediatric and adolescent-onset MS. The attenuated growth and subsequent thalamic atrophy in this population is consistent with thalamic atrophy seen in adult-onset MS, thus proving its higher sensitivity and vulnerability to the disease process across all ages. This becomes even more salient in patients with higher overall T2 lesion burden, as that independently correlates with thalamic atrophy, irrespective of lesion location. Presumably this reflects the predominant subcortical localization of MS lesions and the coordinate volumetric changes attributable to the thalamus as the “relay” for ascending projections to cortex.

For the pediatric neurologist, this study reframes how one should think about pediatric MS patients. The approach to treatment should be two-pronged and proceed in tandem. One should symptomatically treat the inflammatory state, but the other should also include treatment goals for both short- and long-term neuroprotection and neuro-repair in the effort to maximize the long-term cognitive outcome of pediatric MS patients with active disease.

For the adult neurologist, the study reframes how one should think about adults with early-onset MS as they transition from pediatric to adult medical management. Treatment of an acute flare with drugs targeted to prevent secondary flare may not fully cover the treatment scope of the disease. By the time they have stepped into the adult clinic, patients with pediatric- and adolescent-onset MS may have already undergone a significant, albeit potentially treatable, amount of neuro-degeneration. As the brain becomes less “plastic” over time, early and aggressive treatment of both the inflammatory and neurodegenerative components of MS will be imperative in patients affected with MS at younger ages.