Home » Costly Diagnosis Delays can be Avoided with Good Practices 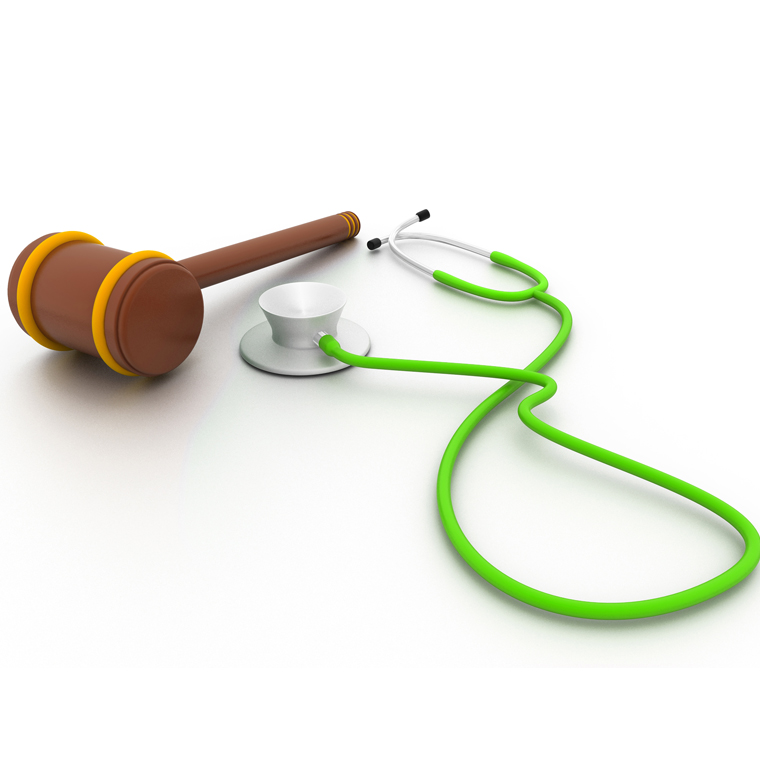 Catheterization delays can be avoided by opening lab on Saturdays

Can "accreditation watch" be avoided after errors?

Where's that baby? Kidnapping risk can be reduced with good policy

Delays in diagnosis are the most common allegation in malpractice claims. They carry the potential for significant liability because the delay can inflict great harm on the patient.

Delays in diagnosis are the most common and most costly malpractice claims, yet healthcare organizations still struggle to ensure that patients are properly diagnosed and notified in a timely manner. Patient safety experts are finding that system failures are more responsible for diagnosis errors than simply mistakes by individuals.

The risks posed by delays in diagnosis are clear. According to PIAA in Rockville, MD, the five types of cases that most commonly result in malpractice lawsuits for family physicians all involve errors in diagnosis due to delays in diagnosis. The PIAA also has data showing that the most expensive and common claim against physicians is a delay in the diagnosis of breast cancer. PIAA is an insurance trade association representing domestic and international medical professional liability insurance companies, risk retention groups, captives, trusts, and other entities. (For more on the incidence of delay in diagnosis and the resulting liability, see the stories in this issue.)

Data collected by The Doctors Company, a malpractice insurance provider in Napa, CA, indicate that reducing delays in diagnosis can have a significant impact on patient safety and malpractice-related costs, says Medical Director David B. Troxel, MD. Troxel is a researcher on the issue of delays in diagnosis causing malpractice suits. In a recent article, “Diagnostic error in medical practice by specialty,” he analyzes the types of diagnosis-related errors that are most common in each specialty. (The article is available online at http://tinyurl.com/qhfpavq.)

Of the 7,500 claims in the database filed between 2007 and 2013, a quarter of them involved a diagnosis delay or error. The problem occurs most frequently with non-surgical physician practices because those practices are where most diagnoses are made, he notes. For family practice physicians, almost 40% of their claims involved misdiagnosis, and 20% involved missing breast cancer.

When Troxel and his colleagues drilled down to see why the errors were made, they found that they could be placed in several categories: the assessment of the patient, such as the breast exam that can detect breast cancer; type of test ordered; the notification of the patient; and the follow-up process. “If you look at the top five diagnosis claims, they were all for fairly common illnesses like breast cancer,” Troxel says. “They weren’t exotic or unusual diagnoses that you might understand why any physician missed. They were fairly common issues like a heart attack, something most physicians should be able to diagnose.”

Patient notification and follow-up are where risk managers might make the most difference, Troxel says. The other factors involve physician decision-making, but risk managers can influence the policies and procedures concerning patient notification and confirming whether a patient has followed up on treatment and diagnostic tests, he says. “Obviously risk managers can’t do very much about the provider’s original assessment of the patient, but risk managers can lead the way in assessing and improving processes,” he says. “This involves the systems you have in place for ensuring that the patient doesn’t fall through the cracks or that a diagnosis documented in the hospital or physician practice was not conveyed to the patient.”

A little known risk related to diagnosis error involves trauma patients. Akram Alashari, MD, a trauma surgeon and surgical intensivist in the Surgical Critical Care department at the University of Florida in Gainesville, explains that a delay in diagnosis occurs frequently with trauma patients. “This is because the trauma patient often has multisystem organ injury and multiple fractures, inevitably leading to a missed injury,” Alashari explains. “In addition, we often see incidental findings on imaging studies such as previously unknown tumors that can be overlooked and can also lead to a delay in diagnosis.”

With the trauma care overriding all other concerns until the patient is stabilized, those findings can be ignored or not properly noted in the record, he says. Then the newly discovered tumor, for example, is not addressed when the patient survives the trauma.

“One of the techniques we use to mitigate the risk of a delay in diagnosis is to perform a tertiary review of every imaging study with radiology and make sure that there is an established plan for every injury as well as incidental finding,” Alashari says. “In addition, we make sure that the appropriate consult is in place for the specific entities such as orthopedic surgery or cardiology and confirm that they have left their documentation in the chart. We also make sure that their recommendations were implemented. This all must occur before the patient is discharged from the hospital.”

“I was surprised to see also that roughly 30% of the time the problem was traced to the patient failing to follow up with an appointment or failing to get the testing that was advised,” he says. “That indicates a need for better systems to ensure that a referral actually takes place and to be notified if it doesn’t. When a woman is told that the lump is small and she is at relatively low risk for breast cancer, a surprising number are so relieved that they don’t follow up with the mammography.”

In addition to systems that notify the physician if a patient does not follow through, risk managers also should implement a process for ensuring that the physician actually sees the report, Troxel notes. Sometimes a report can get filed in the patient’s chart without the doctor ever seeing it, he says.

“It seems that shouldn’t happen often, but we know it does occur because we see the resulting claims,” Troxel says. “A mammogram came back with suspicious calcifications, a biopsy was recommended, and the doctor never saw the report. Imagine how hard it would be to defend that claim.”

The solution can be as simple as having a master suspense file for the practice or hospital outpatient center, he explains. Patients sent for testing are entered in the suspense file as pending, and the file is checked every day to see whose exams should have been received already. If it seems the report is late, staff can follow up to confirm that the test was performed and find out when the results will be available.

Some electronic health records (EHRs) can automate that process, but Troxel cautions that they are not foolproof. EHRs have been known to file lab and other test reports in the wrong part of the patient’s electronic record, rather than the place where the physician typically will look for them, he says. That mistake results in the report becoming part of the record without the physician ever having a chance to act on it.

Policies should require that test results be sent directly to the physician who ordered the test, says Ann Whitehead, RN, JD, vice president of risk management and patient safety at the Cooperative of American Physicians (CAP), a malpractice insurance provider in Los Angeles. Particularly with some large physician practices or hospital-based clinics, results might be funneled to another person who is responsible for charting them or sending them on to the ordering physician. That system introduces an opportunity for the results to be misdirected or filed without the doctor’s knowledge. (See the story in this issue for more of Whitehead’s advice on reducing diagnostic errors.)

“It also is important to have direct physician-to-physician contact any time there is an abnormal or unusual diagnosis,” she says. “Those results should not just be put in the pipeline for delivery like everything else.”

Another simple strategy is to have a rule that all mammography and other critical reports cannot be filed in the patient’s chart until it has been initialed and dated by the physician, Troxel suggests.

“It’s surprisingly simple things that can counter such a common problem and one that has such a negative impact on a healthcare organization,” he says.

Increase in public data could prompt litigation against your healthcare facility

Study up on conditions of participation, public data

No date yet for OCR’s HIPAA audits