Legionella Infections Surge and the CDC Revises its Guidance 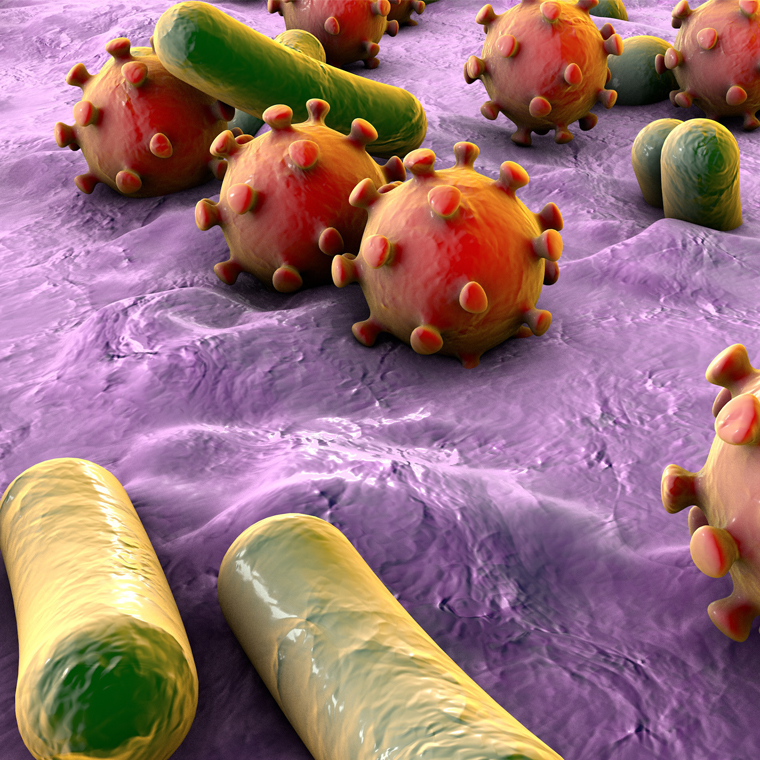 Reports From the Field: JCAHO revises scoring for one of its patient safety goals | Single Article

Legionella in the Bronx

Hand gel fails to curb infections on its own | Single Article

Several issues appear to be on the table, including taking a more proactive approach by combining clinical and environmental surveillance findings, and possibly beginning outbreak investigations earlier based on a single confirmed infection.

A study presented this year at the CDC Epidemic Intelligence Service (EIS) conference showed that hospitals that intervene after one confirmed case of LD (aka legionellosis) may detect and even prevent more subsequent cases. The study by Amanda Kamali, MD, a CDC EIS officer in Los Angeles, noted that the standard for hospitals in Europe is to conduct quarterly environmental culturing of water systems for Legionella. However, the CDC recommends that U.S. hospitals test water systems only during an outbreak of two or more cases or after one case in a transplant unit.1

Kamali and colleagues reviewed healthcare cases in Los Angeles County to determine whether CDC guidelines should be changed to include culturing of water in high-risk areas (sinks, fountains, showers) after a single nosocomial case. Data from legionellosis surveillance in LA for October 2005 to August 2014 were reviewed. All cases were confirmed per CDC definition, which is in line with the Legionella incubation period of two to 10 days.

Of 743 confirmed LD cases found over the time period, 55 (7%) were nosocomial infections acquired in 42 facilities. Of those, 40 (73%) were definite cases and 15 (27%) were possible. Fourteen (26%) were linked to six outbreaks. Five of the six outbreak index cases (83%) were definite infections. Overall, of 33 definite initial cases, five (15%) had subsequent cases at the same facility. Because 15% of definite cases were followed by subsequent cases, preventive environmental testing might be considered after one case, Kamali concluded.

“When we looked more closely at our data, we found that the cases with clinical isolates that were the same Legionella species and serogroup as the environmental isolates were clustered tightly in time,” Kamali says.

The findings will no doubt be considered as the CDC develops the new outbreak investigation guidelines.

“There is certainly validity to intervening after one definite nosocomial case, and this is something we often recommend [on a case-by-case basis],” says Laurel Garrison, MPH, an epidemiologist in the CDC Division of Bacterial Diseases. “We are working on written best practices for outbreak response, and that document will contain updated recommendations for when to intervene in a healthcare facility.”

If you test, you must treat

In general, routine water testing in the absence of infections may not be cost-effective, as the CDC states on its website that “there is no evidence-based consensus recommendation regarding routine testing for Legionella for the prevention of legionellosis; as many research gaps exist. However, if testing is performed and Legionella is found, a plan should be in place regarding actions needed to eliminate Legionella from the water system.”2

The CDC is expected to align its forthcoming guidelines with the recently issued voluntary consensus standard to prevent legionellosis by the American Society of Heating, Refrigerating, and Air Conditioning Engineers (ASHRAE).3 The CDC states that the ASHRAE standard applies to any inpatient healthcare facility including hospitals and long-term care facilities. It also applies to outpatient healthcare facilities as well as senior housing developments with or without on-site skilled nursing staff. The standard allows healthcare facilities to follow “an alternate path to compliance” that includes risk assessment for multiple organisms and clinical disease surveillance, the CDC noted.

“The CDC encourages healthcare facilities to develop comprehensive water safety management plans,” Kamali says. “The newly released ASHRAE [standard] provides a framework for proactively managing building water systems and reducing the potential for Legionella colonization of these systems. Routine culturing of hospital water systems is not required. Some states and hospital systems in the U.S. do routine culturing, as do many European countries.”

The ASHRAE guidelines include an appendix for healthcare facilities, recommending that they form designated teams that include a certified infection preventionist and develop a legionellosis management plan. The plan should include specifics on when, where, and how water will be tested for Legionella. ASHRAE defers to CDC guidelines for actions after infections have been identified.

What is causing LD increase?

Many infections are being identified, as the CDC reported 404 cases of legionellosis in the four-week period through Aug. 29. The total cases for the period exceed “historical limits,” which by CDC definition means there were more than twice as many cases as would be expected for the same 4-week period in the past 5 years.4

There have been institutional and community outbreaks that include San Quentin (CA) prison; a Quincy, IL Veterans’ Home; and the Bronx in New York City. Health officials in New York identified a cooling tower at the Opera House Hotel as the source of the Bronx outbreak, which infected more than 120 people and caused at least 12 deaths. Cooling towers are typically installed on or near buildings to discharge heat from air conditioning systems. In the absence of routine maintenance and water treatment, Legionella can get into these evaporation towers and be widely dispersed in airborne particles over the surrounding community. Similarly, fountains, hot tubs, and other water features have been previously implicated in community outbreaks.

The source of the outbreak at the Quincy Veterans’ Home had not been determined as this issue went to press, but there were 54 cases and nine deaths as of September 11, state health officials reported. Likewise, San Quentin had seven infections in inmates but no known source as of September 2. In addition, an Alabama hospital outbreak reported earlier this year by the CDC caused 10 infections and two deaths in a unit for immune-compromised cancer patients. Individual showers in each patient’s room were the likely source of at least some of the infections.

Healthcare LD outbreaks have often been traced back to showers and contaminated shower heads, which can create aerosols from which Legionella bacteria are inhaled. The Alabama hospital outbreak was traced to a stagnant area in the potable water system, but no new cases occurred after remediation activities were done that included superheating and flushing the water system and boosting chlorine levels. (SeeHIC, June 2015.) The gram-negative bacteria occurs in these point-source outbreaks and more often in sporadic cases, but LD is not transmitted person to person.

The CDC has no definitive explanation for the increase in infections, which really has been occurring more gradually for years. There are several strains of the pathogen, but most infections historically and in the recent cases have been caused by Legionella pneumophila serogroup 1. Legionella does not appear to have mutated in any way that would enhance transmission, but the cases could be a surveillance artifact caused by increased and better reporting, Garrison says.

“Heightened surveillance may be playing a role in the number of cases reported to CDC being on the rise over the past decade,” she says. “[Or] this may reflect a true increase in the frequency of disease [due to] aging of the population, more high-risk individuals, climate, increased use of diagnostic testing, or more reliable reporting to CDC.”

Thus, despite the increase, the general consensus is that the CDC estimate of 8,000 to 18,000 hospitalized cases annually in the U.S. would be much higher if diagnostic testing were done more often. Likewise, the mortality rate is listed in the 5% to 30% range, but may run higher in healthcare-associated cases if antibiotic treatment is delayed. LD risk groups include frail, immunocompromised patients, smokers, and those with pre-existing medical problems.

“People with certain underlying conditions continue to be at increased risk for Legionnaires’ disease,” Garrison says. “As we see the number of Legionnaires’ disease cases reported to CDC on the rise, it’s possible some of those cases will be healthcare-associated — as we’ve seen in some recent outbreaks. Water system devices located in or next to facilities that serve vulnerable populations deserve heightened attention when it comes to maintaining them to prevent the amplification of Legionella.”

With the new CDC guidelines to be issued in the wake of the ASHRAE standard and the recent outbreaks, scrutiny by regulatory authorities for healthcare compliance with LD infection control measures may increase.

“ASHRAE 188-2015 is a standard, and establishes minimum risk management requirements for building water systems. Standards are generally incorporated into building codes over time,” the CDC states. “[It] is a voluntary consensus standard that may be adopted into local plumbing codes. If so, enforcement may be performed by the local authority having jurisdiction, so check for local guidance.”

Legionella Infections Surge and the CDC Revises its Guidance

Measles can cause costly chaos even if no transmission occurs