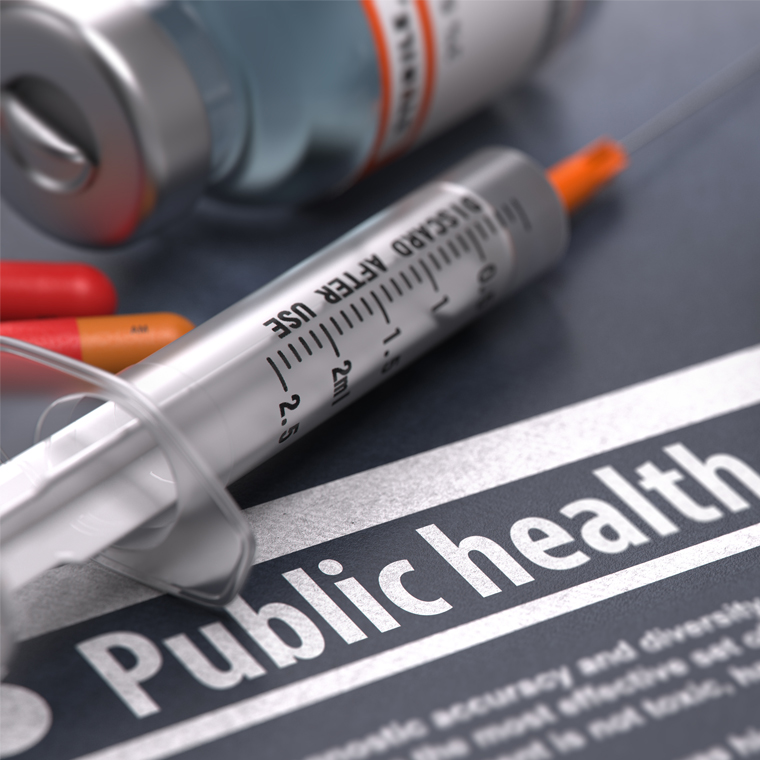 Pertussis Outbreak in a Newborn ICU costs $100,000 to Contain

With the Zika virus disease spreading rapidly through Latin America, public health authorities in the United States are racing to contain the outbreak. By the end of February, the CDC had confirmed 147 Zika cases in U.S. residents who had traveled to Zika-endemic areas. While symptoms of Zika tend to be mild, the virus has been linked to serious birth defects, so public health efforts are focused primarily at mitigating the risk Zika poses to pregnant women.

As confirmed cases of the Zika virus disease continue to mount in the United States, frontline providers are scrambling to ensure that appropriate patients are screened for the illness, and minimize the risk of transmission, especially to pregnant women. The task is challenging as new information about the virus continues to flow from public health authorities who are learning as much as they can about mitigating risk, given that the virus is expected to spread rapidly through Latin America and other warmer climates where the Aedes species of mosquitoes are endemic.

By the end of February, 147 cases of Zika had been reported to the CDC. Of these cases, 107 involved patients in 24 states and Washington, DC, who had traveled to Zika-affected regions. The remaining 40 cases involved locally acquired infections that occurred in U.S. territories where Aedes mosquitoes live, especially Puerto Rico. In fact, public health authorities in Puerto Rico reported that the number of Zika cases there was actually much higher. At the end of February, Puerto Rico reported 117 Zika cases.

Further, while the CDC had been anticipating that cases of the virus would increase as people traveling in Zika-affected regions returned to the United States, it indicated that it now has good evidence that the virus is also being transmitted through sexual contact. Indeed, in a briefing on Feb. 26, the CDC noted that more than a dozen suspected sexual transmission cases are under investigation in the United States.

“We did not ... anticipate that we would see this many sexually transmitted cases of Zika,” noted Tom Frieden, MD, MPH, director of the CDC. “When sexual transmission in the current outbreak was first documented, we issued guidance indicating that men who live in or who have returned from a Zika-affected area use a condom if they have sex with a woman who is pregnant. [The new cases] underscore the importance of that recommendation.”

While the symptoms of Zika, most commonly fever, rash, joint pain, and conjunctivitis, tend to be mild, the virus has been linked to serious birth defects.

“We know Zika and microcephaly are associated,” Frieden said. “We do not yet have definitive proof that Zika infection alone is the cause of microcephaly, although the evidence for this is getting stronger by the day.”

“Among the six women with Zika virus disease who experienced symptoms during the first trimester, two women experienced spontaneous pregnancy losses, two terminated [their pregnancies], and one pregnancy is continuing without complications,” she explained. Further, one of the women delivered a child with microcephaly.

In addition to the link to microcephaly, public health authorities know that Zika can trigger Guillain-Barre syndrome in a small number of infections, Frieden noted. However, while investigators are looking into this issue, their sharpest focus is on mitigating the risk posed by Zika to pregnant women, and frontline providers have a crucial role to play in this effort.

Hospitals in the Southeastern United States are particularly attuned to the threat Zika poses because there are concerns that endemic Zika transmission may develop in the region in a matter of months. In early February, Florida Gov. Rick Scott declared a state of emergency in four Florida counties where people have been diagnosed with Zika, although all these cases are linked to travel to regions where Zika is already endemic.

Christine Curry, MD, PhD, a virologist and an OB/GYN with the University of Miami Miller School of Medicine, and a faculty member at both the University of Miami Hospital and Jackson Memorial Hospital in Miami, is actively involved with making sure both campuses are up to date on the latest Zika guidelines and prepared to identify any potential cases that might present for care.

“We are working really closely with the Department of Public Health and the CDC because the guidelines are changing every 24 to 48 hours,” Curry says. “It is really challenging to make sure that everyone is on the same page.”

Using the CDC guidelines, clinicians have created a series of screening questions that are largely related to travel, Curry notes.

“I am most familiar with the obstetrics questions, so for every patient who is known to be pregnant in the ED and in the outpatient setting, such as when they go to their doctor visits, we ask them about recent travel.”

Regions of concern where Zika cases have been identified during the current outbreak include the Caribbean, Mexico, Central America, and throughout South America. The virus has also been identified in the Pacific Islands, including American Samoa, Samoa, the Marshall Islands, and Tonga. There have been reports of transmission in Cape Verde, an island country off the northwest coast of Africa.

For women who present to the ED, if they have recently traveled to a Zika-affected area, they will be offered a pregnancy test, according to Curry.

“Some people don’t even know if they are pregnant, so they fall into the obstetrics category unknowingly,” she says.

“For everyone who is pregnant, we are now saying ‘do not travel to these [Zika-affected] areas. Cancel your travel or delay your travel until after you are done with your pregnancy,’” Curry explains. “We are also telling [pregnant] women if their partner has traveled [to Zika-affected areas] to use condoms.”

Any pregnant woman who discloses that she has traveled to a Zika-affected area within the past two to 12 weeks undergoes screening to check for evidence of a Zika infection, Curry notes.

“We are following the CDC protocol in terms of performing repeated ultrasounds so that even if a test is negative or a test is equivocal we stand a chance of detecting any neurologic issues early.”

Curry explains that as of early February, no women had yet tested positive for Zika at either the University of Miami Hospital or Jackson Memorial Hospital campuses, but she acknowledges this could change.

“It is a moving target, so it is hard to predict volume,” she says. “We’re ensuring that everyone is up to date on who is supposed to be screened and that we have a sufficient number of ultrasonographers so that all these additional ultrasounds can get done in a timely way.”

Curry stays in contact with the Florida Department of Public Health on a daily basis and has also taken charge of making sure obstetrics providers are apprised of any recommended changes in practice related to Zika.

“I provide weekly updates ... and also make sure that we are keeping really good track of [pregnant women] because when our patients get scared, they have a tendency to fall out of care,” she says. “Right now, we are in clinical service mode, but we are gathering data in a way so we can retrospectively look at this experience and try to understand [such questions as] of all the women who traveled [to Zika-affected areas], how many had infections, and of those who had infections, how many had affected babies. Of the affected babies, what were the problems and how serious were they because we don’t really have the numerators or the denominators to counsel patients right now.”

While answers to such questions are critical, they will be difficult to pin down.

“Pregnancy is 40 weeks long, so an event that maybe happened when someone was 11 weeks pregnant may be difficult to recall, test, or hypothesize about 30 weeks later,” Curry observes. “The delayed presentation of the abnormality also makes it kind of a nightmare for the epidemiologists to track down because they are looking back over 40 weeks of a person’s experience trying to figure out what is common to all of these cases.”

Nonetheless, the Miami region is likely more attuned to the issue than regions that are less exposed.

“In South Florida in particular, people went through the chikungunya introduction a couple of years ago and dengue, diseases that have the same mosquito vectors, so the Department of Public Health and researchers in this part of the country are more familiar with it,” Curry suggests. “There is the potential that if the Zika virus is introduced to South Florida, we will be in the exact same position as all these other [Zika-affected] countries, so people here are being proactive because we distinctly do not want that to be the situation.”

MORE RESOURCES ON THE WAY

Frieden noted CDC investigators are working to obtain better information about the risks associated with Zika.

To learn these answers, Frieden said the CDC has more than 600 people deployed across the United States and in regions where Zika is endemic, and that the agency is just one part of the U.S. government’s response.

“Our friends at NIH [the National Institutes of Health] are working hard on vaccines, the FDA is doing tremendous work to get approvals quickly for diagnostic tests and other urgent tools. The president has asked Congress for $1.9 billion in emergency funding to enable us to further prepare for and respond to the Zika virus outbreak both domestically and internationally,” Frieden said. “Of this, $828 million is intended for the CDC to allow us to do more, including increasing lab capacities throughout the country, establishing rapid response teams to limit potential clusters of cases in the United States, and expanding monitoring systems so we can track what’s happening.”

In the meantime, the CDC is has prepared Zika prevention kits for pregnant women who live in Zika-endemic areas. The kits include educational materials, mosquito repellents, condoms and thermometers. The kits also include tablets that can be placed in standing water to prevent mosquitos from multiplying there.

“We’ll be rolling out the distribution of these kits over the next several weeks, and they will help women in areas of local Zika transmission learn more and do more to protect themselves and their pregnancy,” Frieden said.

Also, the FDA has expedited approval of a laboratory test that can detect antibodies to the Zika virus.

“These antibodies appear in the blood of a person affected with Zika beginning as early as four days after the start of illness and can last for several weeks,” explains Julie Villanueva, PhD, the laboratory team lead for the CDC’s Zika response team. “The Zika test can determine whether a person may have been recently infected.”

Villanueva notes that some closely related viruses to Zika, such as dengue, may also trigger a positive result on the Zika test.

“[Consequently,] those positive specimens will be sent to the CDC or a laboratory designated by the CDC for further confirmation,” she says.

More resources regarding Zika are readily available to healthcare professionals through the following websites: