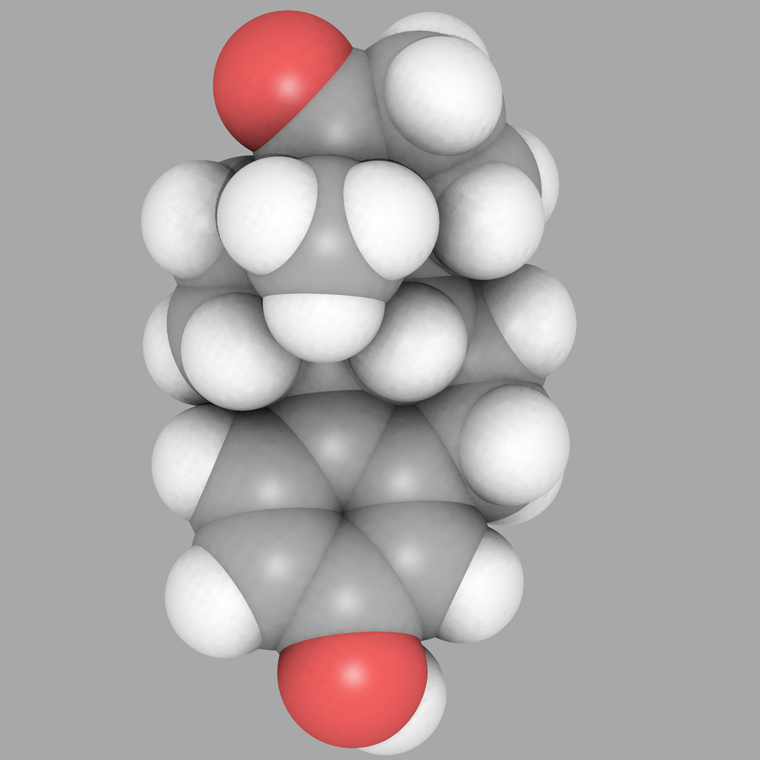 Effect of Timing of Postmenopausal Estrogen Therapy on Bone Density

Dr. Jensen reports he is a consultant for Teva Pharmaceuticals and MicroChips; and is a consultant for and receives grant research support from HRA Pharma, Bayer Healthcare, Merck, Agile Pharm, Population Council, AbbVie, Evofem, and ContraMed. Dr. Allen reports she is a Nexplanon trainer for Merck and a Liletta trainer for Actavis, and she has served on advisory boards for Bayer and Pharmanest.

The National Institute on Aging supported the Early versus Late Intervention Trial with Estradiol (ELITE) study, a randomized, double-blind, placebo-controlled study designed to test the hypothesis that time of onset of hormone therapy affects the relationship to cardiovascular health in postmenopausal women. More specifically, the primary hypothesis of the study was that postmenopausal hormone therapy would reduce the progression of subclinical atherosclerosis when therapy was initiated soon after menopause (< 6 years) but not when initiated at a later time (≥ 10 years).

The ELITE study, conducted at the University of Southern California, recruited healthy (no diabetes or clinical evidence of cardiovascular disease) postmenopausal women. Enrollment was stratified according to the number of years past menopause: < 6 years (early) or ≥ 10 years (late). Subjects were randomized to receive oral 17ß-estradiol (1 mg daily) or matching placebo. Additional randomization stratification factors included baseline carotid-artery intima–media thickness (CIMT)
(< 0.75 or ≥ 0.75 mm) and hysterectomy status (yes or no). Women with an intact uterus received daily micronized progesterone (45 mg) as a 4% vaginal gel (estrogen arm) or placebo gel (placebo arm) for 10 days during each 30-day cycle. The primary outcome was the rate of change in CIMT, assessed every six months during trial follow-up. Secondary endpoints included measurements of cognition (not reported in this paper) and the degree of coronary atherosclerosis assessed by computed tomography (CT) scan. Out of 2,243 postmenopausal women screened, 643 were randomized. Of these, 248 (123 in the placebo group and 125 in the estradiol group) in the early postmenopause (median age, 55.4 years) cohort and 348 women (176 in the placebo group and 172 in the estradiol group) in the late postmenopause (median age, 63.6 years) cohort contributed CIMT data for analysis of the primary endpoint.

The overall adherence to the study regimen was excellent (98%). After a median five-year intervention, there was a significant difference in the effect of hormone therapy on CIMT progression between the early and late postmenopause groups. In the early cohort, the mean rate of change in the estradiol group (0.0044 mm/yr) was significantly lower than placebo (0.0078; P = 0.008). In contrast, in the late group, the rate of change did not differ (0.010 estradiol, 0.0088 placebo; P = 0.29). In post-hoc analyses, the results were similar in women who received estradiol alone or in combination with progesterone, and in women who used lipid-lowering or antihypertensive therapy. There were no significant differences in cardiac CT outcomes between the estradiol and placebo groups in either the early or late postmenopause groups.

Taken together, these results support the validity of the “timing” hypothesis. Initiation of estradiol therapy within 6 years of menopause offers protection against subclinical atherosclerosis (as measured by CIMT), but initiation 10 or more years after menopause does not have a similar benefit.

One of the major criticisms of the Women’s Health Initiative (WHI) study is that the population studied was asymptomatic and approximately 10 years postmenopausal — a decade older than the age at which women commonly start hormone replacement therapy. One explanation for the negative cardiovascular effects observed in WHI and the positive benefits seen in observational studies is that a critical window for initiation of treatment may exist, the “aging” or timing hypothesis. Evidence in support of a critical window comes from a follow-up re-analysis of the WHI combined conjugated equine estrogen/medroxyprogesterone acetate treatment group.1 A nonsignificant trend toward protection from cardiovascular disease was observed in women less than 10 years postmenopausal in contrast with the elevated risk observed in women starting therapy more than 20 years after menopause.

Other studies support this timing hypothesis. The Estrogen in Prevention of Atherosclerosis Trial (EPAT) showed a reduction of atherosclerosis progression in postmenopausal women without coronary heart disease who were treated with oral estradiol.2 In contrast, a companion study, the Women’s Estrogen Lipid-Lowering Hormone Atherosclerosis Regression Trial (WELL-HART), found no benefit of estrogen therapy in women with an existing coronary lesion. Together, these studies suggest that estrogen therapy helps prevent the development of atherosclerotic plaques, but does not reduce the size or progression of existing lesions. Based on these findings, the group, led by Howard Hodis at USC, received funding for the ELITE to more directly explore the timing hypothesis.

The primary outcome of ELITE was the change in CIMT, a measure of progression of atherosclerosis. The authors found that initiation of estrogen therapy within six years of onset of menopause reduced the progression of atherosclerosis, an effect not seen when therapy was initiated after 10 years. There was no difference between early and late initiation of estrogen therapy in the secondary outcome of CT angiogram findings. Although positive findings from this measure would have provided additional evidence to support hormonal therapy, this measure reflects baseline cardiac disease, so the finding is consistent with other studies that have shown no benefit of hormonal therapy on existing lesions. All the more reason to treat early.

A key limitation of the study is the use of surrogate measures rather than actual cardiac events. However, the CIMT method has been validated to correlate with the progression of coronary artery disease.3 Additionally, only oral estradiol was studied, and the regimen of sequential micronized vaginal progesterone gel for women with an intact uterus is not widely used. Still, the results are highly supportive of the validity of the timing hypothesis. To answer the question using cardiac outcomes would require enrolling thousands of women in a multiyear, randomized study. Don’t hold your breath for another large-scale clinical study of postmenopausal therapy sponsored by the National Institutes of Health.

Can we accept the results of ELITE? The recently published Kronos Early Estrogen Prevention Study (KEEPS) also evaluated the aging hypothesis.4 This study showed no difference in CIMT progression in women within 36 months of the onset of menopause randomized to receive received oral conjugated estrogens 0.45 mg/d or transdermal estradiol 50 mcg/d (plus oral micronized progesterone capsules 200 mg/d on days 1 to 12 of each month in women with an intact uterus) or placebo. The difference in outcomes between KEEPS and ELITE suggests that dose may play a role in mediating the effect of estradiol on the vessel wall independent of route of administration. One result of the WHI has been a consistent pressure to find the “lowest effective dose” of estrogen. In general, the dose response for bone drives the discussion. While levels of estradiol around 40 pg/mL are considered bone protective, this may be insufficient to produce cardiovascular benefits. I am not a fan of the minimum dose approach that has been advanced by many following the WHI. Keeping serum estradiol in the 50-80 pg/mL range seems appropriate. The advantage of estradiol over conjugated estrogens is the availability of serum assays at clinical labs that can help in the management of patients.

The ELITE study provides additional information in support of the timing hypothesis. Although reduction in cardiovascular disease is not a primary indication for hormone replacement therapy, these results support absence of a negative effect and are highly encouraging that protection may exist when appropriate doses of estrogen are used. Women and clinicians should feel reassured by these results.

The ELITE study was conducted to test the timing hypothesis of menopausal hormone therapy (HT): Initiation of HT in early menopause (within 10 years) is not harmful (and possibly helpful) to cardiovascular health, whereas initiating HT in late menopause is associated with greater risk. The results of this study add to the growing body of literature that the timing of HT initiation makes a difference in the degree of cardiovascular risk a woman experiences. Scientists have theorized that estrogen has favorable endothelial effects in women recently menopausal but has adverse effects on advanced atherosclerotic lesions in older menopausal women.5 ELITE demonstrated that estradiol may actually slow the progression of atherosclerosis in women less than six years from menopause. The results of this study agree with a re-analysis of WHI data published in 2013.6 This re-analysis showed that among women in the estrogen-only group, those aged 50 to 59 years actually had a net reduction in mortality and cardiovascular disease outcomes, while those aged 60 to 69 years were no different than placebo, and those aged 70 to 79 years experienced greater mortality and cardiovascular events compared to placebo.

The limitations of this study are significant, however, mainly due to the use of a surrogate endpoint. CIMT measurement has been used in past studies as a predictor of coronary artery disease.7 Nevertheless, the study was not powered to assess actual clinical coronary artery disease events nor was the duration of follow-up likely long enough to detect significant differences. So the results of this study must be interpreted cautiously. There are not yet enough data for a return to use of HT for prevention of cardiovascular disease.

I find this study reassuring, however, regarding the use of HT in women who are perimenopausal or recently postmenopausal. Estrogen therapy remains the most effective treatment for vasomotor symptoms, but the dissemination in the media of the WHI trial results has dramatically reduced the number of women using HT. The North American Menopause Society (NAMS) and the American College of Obstetricians and Gynecologists agree that HT should be individualized using the lowest effective dose for the shortest duration to treat symptoms.8,9 NAMS also states that “the benefits outweigh the risks for most healthy, symptomatic women aged younger than 60 years or within 10 years of the final menstrual period.” ELITE supports this recommendation.