Is This a Normal ECG?

The ECG in the figure below was obtained from a previously healthy 19-year-old man, presumably as part of a vigorous pre-exercise evaluation. There are no symptoms. How should one interpret this tracing? In view of this presentation, what clinical entities should be considered in the differential diagnosis? How might one proceed in his or her evaluation?

This ECG is markedly abnormal for a 19-year-old man. The long lead II rhythm strip at the bottom shows a phasic arrhythmia, with upright P waves with a fixed PR interval preceding each QRS complex. This is most likely marked sinus arrhythmia, though it is hard to rule out the possibility that the slight reduction in P wave amplitude that seems to occur with slower rates might be due to a wandering atrial pacemaker. In either case, the rhythm is benign in a 19-year-old man.

It is the remainder of the ECG that is of most interest. The PR, QRS, and QT intervals are normal. The mean QRS axis is indeterminate (predominantly negative in both leads I and aVF). There is no chamber enlargement. What is distinctly unusual is inferior negativity of the QRS and an almost reverse R wave progression in the chest leads with small Q waves in leads V4, V5, and V6. There is T wave inversion in lead aVL, with T waves otherwise upright (albeit a bit peaked). In summary, this is not a “normal” ECG for an otherwise healthy 19-year-old.

Diagnostic considerations include undetected congenital heart disease, some type of cardiomyopathy, a prior episode of myocarditis that spontaneously resolved, or some other unusual form of electrical conduction. Surprisingly, an echocardiogram was unremarkable. This essentially ruled out underlying structural heart disease, leaving an abnormal conduction pathway as the most likely explanation.

Close inspection of the terminal portion of the PR segment in leads II and III reveals subtle downsloping at the point of transition with the QRS complex. Consultation with an electrophysiology cardiologist confirmed suspicion that this ECG represents a pseudo-infarction pattern in a patient with Wolff-Parkinson-White syndrome.

Depending on the relative amount of preexcitation and the location of the accessory pathway, the appearance of Wolff-Parkinson-White syndrome on ECG may be varied and subtle. The inferior pseudo-infarction pattern seen here is due to negative delta waves in leads II and III. Delta waves are otherwise not readily recognizable on this tracing. 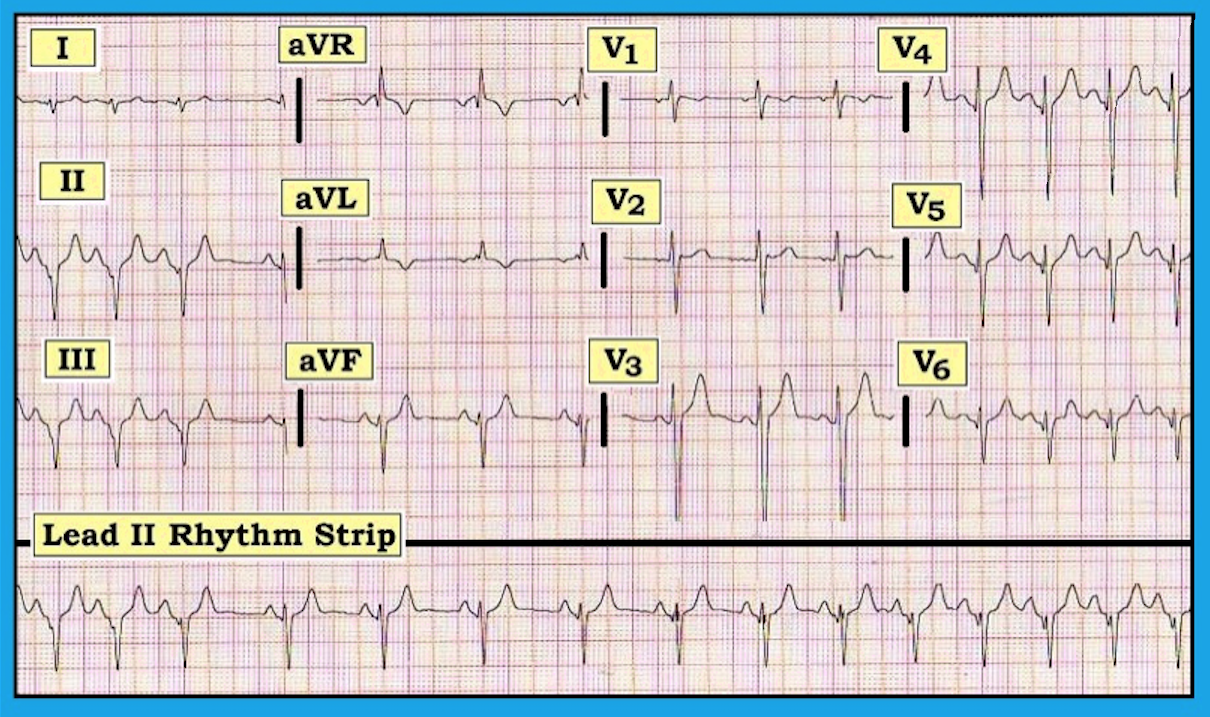 The Efficacy of Spironolactone for the Treatment of Drug-resistant Hypertension