Is This ECG Normal for Age?

Is This a Normal ECG?

ECG Review: Is the Q Wave and T Inversion Normal?

Is Yoga Effective for Treating Asthma?

The ECG in the figure below was obtained from a 6-year-old boy. If no other history was available at the time you were asked to interpret this tracing, what would be your impression?

The mechanism of the rhythm is sinus, as determined by upright P waves with a constant and normal PR interval in the long lead II rhythm strip. The irregularity is the result of marked sinus arrhythmia. The QRS complex is wide (about 0.11 seconds) and manifests a morphology consistent with complete right bundle branch block (RBBB), in that there is an rSR in lead V1, and wide terminal S waves in leads I and V6. Additional findings of interest include the following:

Neither sinus arrhythmia nor the small infero-lateral Q waves are abnormal in an asymptomatic child. The seemingly tall lateral chest lead R waves are not outside the normal range for a child this age. On the other hand, complete RBBB is abnormal and of itself would merit further evaluation. Much more than simple RBBB, there is also: 1) LPHB, 2) right ventricular hypertrophy, as suggested by both the markedly increased R amplitude in lead V1 and the right axis deviation, and 3) excessive ST-T wave change in V1,V2, and those extra QRS deflections, both of which are beyond what is expected for simple RBBB. While most primary care providers are not well versed in interpretation of pediatric ECGs, the important point is to recognize that this is not a normal ECG for a 6-year-old child. Significant underlying structural heart disease was suspected. Review of the history revealed that the patient presented with transposition of the great arteries, which a surgeon corrected.

Additional discussion of this case, with a link that reviews the basics of pediatric ECG interpretation, is available at tinyurl.com/KG-Blog-122. 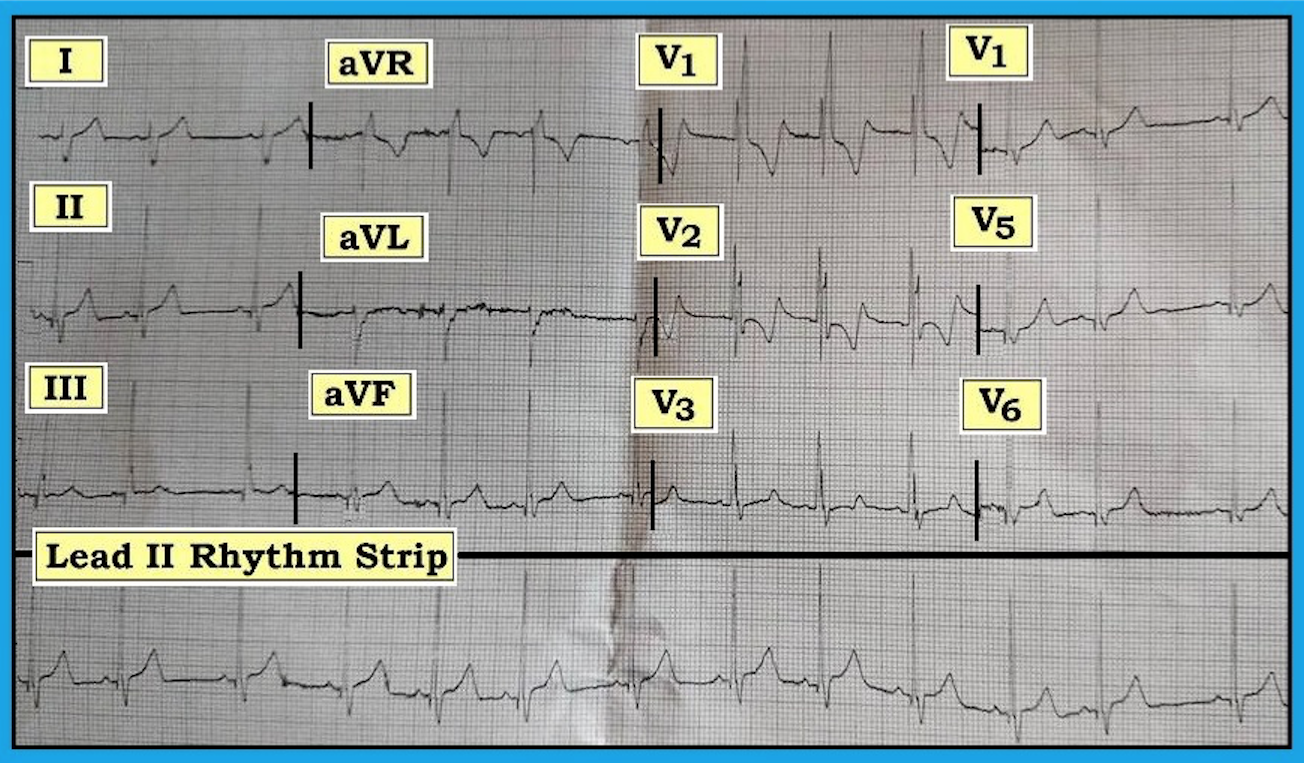 The Relationship Between Inactivity and Mortality in Heart Failure Patients

The Current Outlook for Cardiac Tamponade

Is This ECG Normal for Age?