Home » What if a Plaintiff Can’t Prove an EP Was Negligent?
Emergency / ED Legal Letter

What if a Plaintiff Can’t Prove an EP Was Negligent? 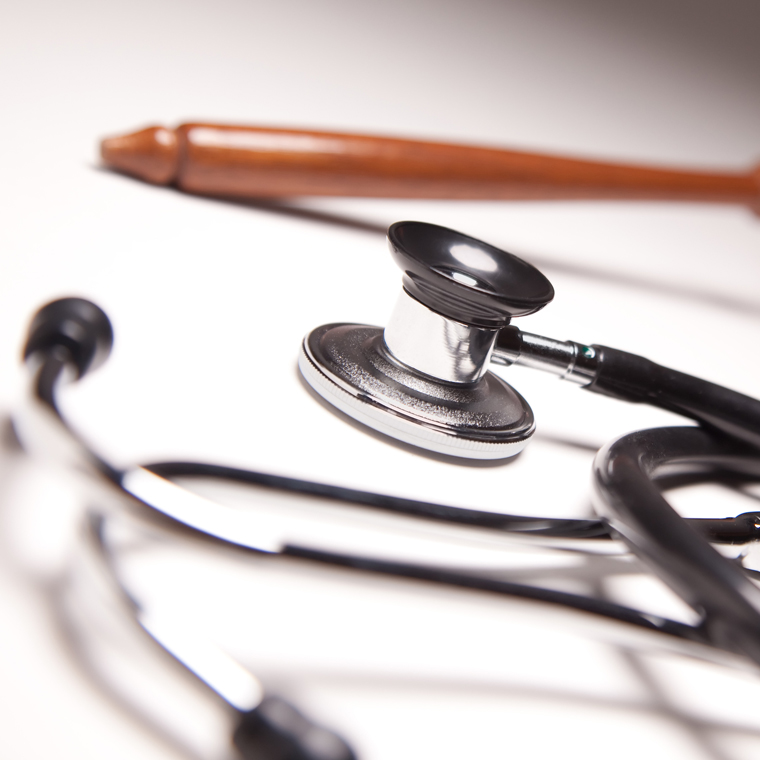 What If an ED Patient Can’t Afford Care?

What if It’s the EP’s Word Against an EMR Timestamp?

Utilization Management: What Does it Really Mean? And Where Should it Reside?: Boot Camp Ep. 4 (Series) 1.5 CME/CE

Roles and Functions in Case Management - Who Does What and When?: Bootcamp Ep. 2 (Series) – 1.5 CME/CE

What the Headache? An Immersive Dive into Migraines – 1 CME/CE

“State laws on this vary, but the general consensus is that the loss of a chance of a better outcome is, in itself, considered an injury,” explains Denny Maher, JD, MD, general counsel and director of legal affairs for the Seattle-based Washington State Medical Association.

Maher gives this example: An elderly patient with abdominal pain is discharged with a diagnosis of gastrointestinal illness, but several days later dies of a bowel obstruction and subsequent infarction. The patient might have presented with the bowel obstruction or an impending infarction at the first ED visit — and might have died from it even if it was diagnosed immediately.

“But the two-day delay in diagnosis might have resulted in a loss of chance of a better outcome, be it not dying or dying at a later point,” Maher explains.

Keith C. Volpi, JD, an attorney at Polsinelli in Kansas City, MO, says loss of chance claims are “virtually never a plaintiff’s choice of a cause of action, but rather, a fallback when all else fails.”

History of Loss of Chance

Pursuing a loss of chance claim is appropriate when a plaintiff cannot meet the burden of demonstrating a causal connection between the negligence and the injury, Volpi says. Missouri first recognized this cause of action in 1992.1

“In the seminal case, the family of a patient who later died sued a radiologist for failing to identify gastric cancer on imaging,” Volpi says.

Because the patient already had cancer and likely was going to die, the family could not bring a wrongful death action. It was impossible to prove that if not for the negligence, the patient probably would have survived.

“But they could prove that the patient had a chance, albeit small, of survival — and that the negligence further decreased or erased that chance,” Volpi adds.

In Washington state, recognizing “loss of chance” claims started with a 1983 case. A patient who presented with upper respiratory symptoms was found later to have had lung cancer and died.2

“Rather than bringing a medical malpractice case, the attorney brought a wrongful death case,” Maher explains.

The Washington Supreme Court accepted the plaintiff’s argument that the delayed diagnosis might have cost the patient a loss of chance at living longer.

A 2011 case that established “loss of chance of a better outcome” claims in Washington involved an ED patient who presented with head trauma after an auto accident.3 The patient’s X-rays were negative and the facility discharged the patient with pain medication. She later returned with a stroke caused by an injured carotid artery, which went undetected at the first ED visit, resulting in a permanent neurological deficit.

“The plaintiff didn’t say the EP’s actions caused her problems completely. She had a bad injury and might have ended up with the same neurological deficit anyway,” Maher says, noting the plaintiff successfully argued that the EP’s actions contributed to loss of chance of a better outcome.

“The argument was that if she had been hospitalized rather than discharged, the stroke would have been identified sooner,” Maher explains. The patient could have received medication and undergone surgery that might have reduced the extent of the stroke.

“In contrast, Texas courts view loss of chance as a component of causation and do not recognize a loss of chance claim where the adverse result probably would have occurred anyway,” Koh says.

Some states, including Kansas, Oklahoma, and Pennsylvania, have relaxed the plaintiff’s burden on causation to allow loss of chance claims.

“States also differ in the way the loss is quantified, as well as how to properly instruct a jury on a loss of chance claim,” Koh adds.

As with any medical malpractice case, loss of chance has to be established by expert medical testimony produced by the plaintiff. However, there’s not always hard science supporting opinions on what percentage should be used to determine the degree of culpability.

If a patient died eight months after a delayed diagnosis of cancer, and the survival rate for similar patients is one year, the expert could use that data to support testimony that there was a 25% loss of chance of a better outcome of one-year survival.

“In other situations, there’s really no way to know the percentage, and it could open up speculation,” Maher says.

The jury first decides how much they would award the plaintiff if the EP were completely responsible for the injury itself. For instance, if it’s $100,000, and the expert says the EP’s actions caused a 40% loss of chance, the plaintiff is awarded $40,000.

“If the jury is sympathetic and wants to give the plaintiff something, loss of chance gives them an avenue to do so — if it is properly argued by the attorney,” Maher notes.

“Because plaintiff attorneys appear to see the benefit of giving the jury an option to make a partial award, the number of loss of chance claims we see in the future can be expected to increase,” Koh predicts.

A young man was involved in a water skiing accident and dislocated his knee. The dislocation caused popliteal artery and perineal nerve injuries.

“It took the patient a couple hours to take himself to a hospital, and it took the defendant ED physician a couple more hours to assess the patient, obtain necessary imaging studies and other tests, and consult orthopedic and vascular surgeons,” Volpi says. By the time the patient was in the operating room, he had developed compartment syndrome.

“In the lawsuit, both sides agreed that the patient suffered a devastating knee injury, and that he may have had some permanent limitations, even if he underwent surgery immediately after the accident,” Volpi says.

The patient could not demonstrate that, but for the EP’s negligence, he would have recovered fully.

“His injury was devastating. More likely than not, he was going to be permanently impaired,” Volpi adds.

“In other words, the patient argued that his chances of recovery were greater, absent the compartment syndrome that he believed was preventable,” Volpi says.

Defense experts countered that the patient’s permanent impairment was due to his perineal nerve injury, and not his compartment syndrome.

“The lawsuit was resolved very favorably,” Volpi notes. “But the theory was interesting, and made the timeline critical.”

Most states require the same level of proof for loss of chance claims as they require with ordinary medical negligence claims; that is, a “preponderance” of the evidence. The plaintiff must prove that more likely than not, the EP was at fault.

“While the idea of loss of chance goes back a long time, expansion in some states has been more recent,” Maher says. Currently, the Washington Supreme Court is considering a case that would lower the standard of proof for loss of chance to a “substantial factor.”4 This is a lesser burden used by Kansas, Oklahoma, Colorado, North Dakota, and Pennsylvania.

Several of the state’s recent supreme court decisions have overturned tort reform legislation that had been passed in 2006. Court rulings have emphasized plaintiffs’ access to the courts to have their injuries or claims addressed.

“We’re concerned that the courts may look at this as an access to court issue and decide to lower the standard of proof for loss of chance,” Maher says.

In its amicus brief, the Washington State Medical Association argues that the higher “preponderance” burden should remain the standard of proof for loss of chance. The concern is that if “substantial factor” is used, it will be easier for plaintiffs to prevail in cases in which the connection between the EP’s action and the patient’s poor outcome is tenuous at best.

“It could increase the number of less substantive malpractice cases and resulting damages,” Maher suggests.

Loss of chance claims against EPs often involve an alleged failure to diagnose and stabilize a medical emergency, such as stroke or heart attack.

Koh says, “Claims with a slightly different flavor involve an alleged failure to diagnose an underlying life-threatening condition, such as lung cancer, when a patient comes to the ED complaining of what may or may not be an emergency, such as a persistent cough and allergy symptoms.”

In both types of cases, plaintiffs claim that if the EP had conducted additional tests, consulted additional specialists, or admitted the patient to the hospital, the patient would have had a greater chance of surviving or a better outcome.

Koh’s firm recently defended an EP who treated a patient for what appeared to be post-operative swelling after anterior cruciate ligament (ACL) repair surgery.

“The patient claimed that she actually had compartment syndrome, and would have had a better outcome if the emergency doctor had recognized it,” Koh explains.

In that case, the experts disputed whether the patient actually suffered from compartment syndrome, which generally was unexpected in relation to ACL surgery.

“The ER doc consulted the surgeon and the on-call orthopedist, ruled out a more serious life-threatening diagnosis, and relied on examination and patient’s description of the symptoms,” Koh says, noting that, ultimately, the trial court did not instruct the jury on the loss of chance theory, as requested by the plaintiff. “This is because the plaintiff’s expert did not assign a percentage of 50 or less to the chance allegedly lost, as required by Washington state case law,” Koh explains.

“Where ED docs rely on descriptions of the condition provided by patients, consult appropriate specialists, and order reasonably necessary tests and treatment, they will be more likely to prevail at trial,” Koh adds.

Koh believes EPs are more vulnerable to loss of chance claims that involve the failure to diagnose or properly treat an actual medical emergency. Her firm recently handled a case involving a mistake during an emergency procedure on a patient with several unrelated conditions. Both sides agreed the patient could not have been expected to live more than five years, regardless.

“Even so, the mistake undoubtedly caused harm, such that it would have been very difficult to defend the loss of chance claim at trial,” Koh says. “The case ultimately settled.”

What if a Plaintiff Can’t Prove an EP Was Negligent?