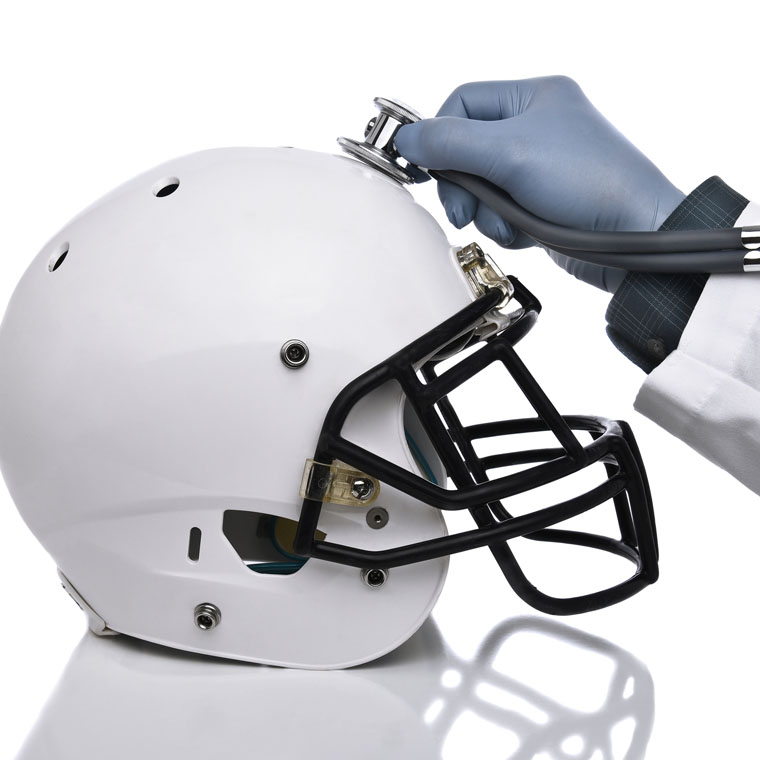 Neuropathology and Dementia in Football Players With CTE

Everyone counts — or do they? Study results are troubling | Single Article

In a case series on chronic traumatic encephalopathy (CTE), researchers reported Tuesday they found signs of the degenerative disorder in an alarming number of brains of former football players donated to science after their deaths.

“The finding of early CTE pathology in high school and young collegiate players emphasizes the urgent need for longitudinal, prospective, multicenter studies to identify young players at risk for CTE as well as treatment strategies and comprehensive care for players who are suspected to have CTE during life,” Ann McKee, MD, director of BU’s CTE Center, chief of neuropathology at VA Boston Healthcare System, and corresponding author, said in a statement. “It is no longer debatable whether or not there is a problem in football; there is a problem. Through this study, we have identified meaningful opportunities for detection, prevention, and multiple targets to slow or stop CTE, and it is time to come together to find solutions.”

McKee is part of a team that has been researching CTE for years, finding signs of CTE in brains of other NFL players in previously published work. Still, her team noted some limitations to their report published July 25, particularly “ascertainment bias associated with participation in this brain donation program.”

“Although the criteria for participation were based on exposure to repetitive head trauma rather than on clinical signs of brain trauma, public awareness of a possible link between repetitive head trauma and CTE may have motivated players and their families with symptoms and signs of brain injury to participate in this research,” the authors warned. “Therefore, caution must be used in interpreting the high frequency of CTE in this sample, and estimates of prevalence cannot be concluded or implied from this sample.”

Controversy remains about the long-term health effects of contact sports on athletes, from the rough-and-tumble NHL to the live stunt work of professional wrestling to even the seemingly benign world of soccer. Last year, Brandi Chastain, a star soccer player known for “heading” the ball during her playing days, said she will donate her brain to science so it can be examined for signs of trauma.

However, likely because of its massive popularity, American football (the NFL especially) remains at the forefront of mainstream media reports and medical research on CTE. Regarding the July 25 report, the NFL said, “Case studies such as those compiled in this updated paper are important to further advancing the science and progress related to head trauma. The medical and scientific communities will benefit from this publication, and the NFL will continue to work with a wide range of experts to improve the health of current and former NFL athletes.”

For years, the NFL tried to avoid conversations about whether there is any connection between playing football and CTE, but has softened its stance in recent years. In 2012, the NFL donated $30 million to the Foundation for the National Institutes of Health (FNIH) to fund research into injuries in athletes, particularly brain trauma. Last year, the league pledged $100 million to support neurological research.

In March 2016, during a roundtable discussion about concussions hosted by members of the U.S. House Committee on Energy and Commerce, Rep. Jan Schakowsky, D-IL, asked Jeff Miller, senior vice president of health and safety policy for the NFL, if he believes there is a link between playing football and degenerative brain disorders such as CTE. “The answer to that question is certainly ‘yes,’” he replied. (Editor’s note: Skip to the 1:25:50 mark on the video to see and hear the beginning of the exchange between Rep. Schakowsky and Miller.)

But even the NFL’s promises of research funding have not been without controversy, with some accusing the league that it might only fund research that downplays the risks of the sport or connections between playing football and developing CTE. Democrats on the U.S. House Energy and Commerce Committee released a report in May 2016 alleging the league “attempted to use its unrestricted gift” to the FNIH “as leverage to steer funding away from one of its critics.” The NFL denied any wrongdoing. Months later, Republicans on the House committee called for the Office of the Inspector General to look further into NIH public-private partnerships.

"The NFL has never wavered in its commitment to advance the science and understanding of concussions and traumatic brain injuries,” the league said in response to the committee’s request. “The league's $30 million commitment to the FNIH/NIH was never in doubt and at no time — as FNIH has confirmed — did the NFL suggest that it would not fulfill that commitment to the last dollar. While there were concerns regarding the NIH's selection of research applicants, the NFL never suggested — nor considered — doing anything other than honoring that commitment in its entirety.”

Parikh and Kosofsky concluded that further validation of these results through larger trials “could set the stage for therapeutic trials to try to prevent some of the long-term consequences of traumatic brain injury, potentially including CTE in NFL players.”

For all the latest evidence-based summaries of the latest clinical neurology research, be sure to check out Neurology Alert.