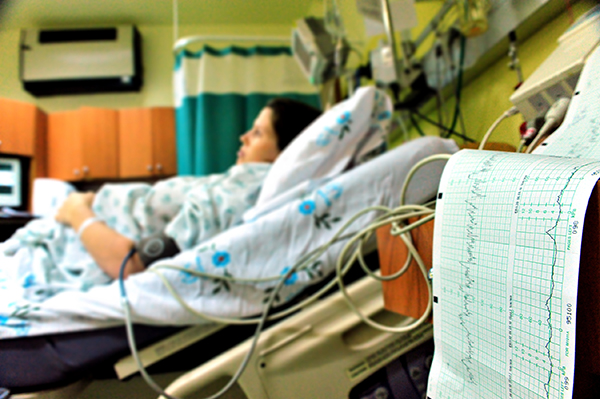 Vaginal Misoprostol vs. Prostaglandin E2 Pessary for Induction of Labor at Term

SYNOPSIS: The authors of an abstract presented at the annual meeting of the Society for Maternal-Fetal Medicine suggested that inducing low-risk obstetrical patients at 39 weeks is associated with significantly diminished rates of cesarean delivery and the need for neonatal respiratory support.

Usually, clinical alerts in obstetrics and gynecology are generated from published reports that have been vetted through rigorous peer review, but this month I wanted to be out ahead of a media airing of an abstract that was published in the proceedings of the 2018 annual meeting of the Society for Maternal-Fetal Medicine in Dallas. The research was presented during the opening plenary session as a late-breaking paper that could affect the way obstetrics is practiced. William Grobman relayed the results of a randomized, clinical trial (RCT), supported by the Eunice Kennedy Shriver National Institute of Child Health and Human Development, to determine if benefit could be accrued from empiric elective inductions at 39 weeks of gestation, rather than awaiting spontaneous delivery.

Low-risk nulliparous women with ultrasound-documented gestational ages were randomized at 38 weeks to have either an induction of labor (IOL) at 39/0 to 39/4 weeks or to forgo elective delivery until 40/5 weeks, but not past 42/2 weeks. The primary outcome studied was the incidence of adverse outcomes, and the secondary outcome variable was the cesarean delivery rate (CR). All patients had cervical Bishop scores at the time of enrollment.

This study could stand traditional obstetrical management on its head. The IOL had steadily crept up to 23.7% in 2011, but it leveled off to 23.3% the next year,1 likely because of awareness of the unfortunate fallout of increased neonatal morbidity associated with unexpected prematurity in early-term deliveries. In 2009 and again in 2013, the American College of Obstetrics and Gynecology (ACOG) suggested that elective delivery by any route be delayed until 39 weeks.2 Most published randomized studies comparing IOL with EM have dealt with patients who were post-term, but there were two non-randomized studies that alerted clinicians to a possible benefit of induction in low-risk patients at term.3,4 In 2016, during a debate at the annual ACOG meeting regarding the efficacy of IOL vs. EM in term patients (39 to 40 weeks), both debaters, including the one assigned to be pro-EM (Dr. Charles Lockwood), concluded that the existing data pointed toward induction.5 They and other authors have called for evidence via an RCT at 39 weeks. Well, here it is, and it deals with low-risk women, 63% of whom had unfavorable cervices by Bishop score — just the ones with whom we have been least likely to meddle. And, lo and behold, induction seems to improve outcomes, rather than creating morbidity.

You may have noticed from previous alerts that on occasion I have taken a nihilistic approach to various obstetrical management options, simply because, at times, Mother Nature appears to be smarter than we are. However, that same Mother Nature, who was responsible for the remarkable human brain, heart, and placenta, also brought us cancer. So maybe her timing of spontaneous labor in uncomplicated pregnancies is a bit off — certainly if the goal is to avoid perinatal complications. Another possibility is that our basic calculation for an estimated date of confinement (EDC) is flawed.

The EDC story started in 1744, with the Dutch professor Herman Boerhaave, who determined in 100 pregnant women that the average time of delivery occurred at 40 menstrual weeks. Later, this was highlighted by a German professor, Carl Naegele, in 1812, but it was never clear whether the starting point was the first day of the last menstrual period (LMP) or the last day. Naegele’s rule later was adjusted so that clinicians would always use the first day of LMP, with 280 days being assigned as term.

The obvious problem with using LMP as a starting point are the errors in calculation caused by early or late ovulation. To weed out these confounders, ultrasound has been used to determine more precisely when the first day of the LMP “should have been.”

Below is current information on pregnancy length based on either ultrasound documentation in the first trimester or precisely documented ovulations.

So, the age-old “wheel of fortune” carried in the coat pockets of providers is only a couple of days off in predicting EDC, and this information should not affect the meaning of the above featured study, done by some of the most respected investigators in the field.

A strong word of caution. Before we automatically endorse the concept of inducing every pregnant patient at 39 weeks, this information needs to be peer-reviewed formally, digested, and debated. Another RCT with similar results also would help. Although now the data certainly appear very compelling, individual circumstances vary and a preference for non-intervention from an informed patient always should be respected.

Obesity and Prolapse: Are They Related?

The Latest in Genetic Screening for Gynecologic Malignancies