Exposure ‘most acute for ED providers’ 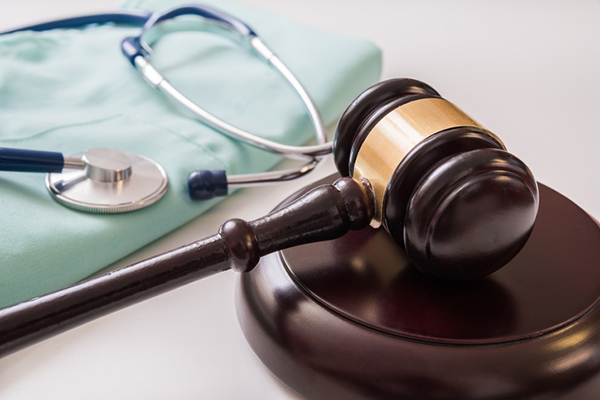 Significant Legal Exposure for Hospital if Patient Assaulted in ED

Legal Exposure for ED and Hospital if Patients Refuse Discharge

Healthcare providers’ liability exposure for potentially violent ED patients could be expanding nationally. “ED providers are right at the forefront of that,” says Eric J. Neiman, JD, managing partner in the Portland, OR, office of Lewis Brisbois.

A December 2016 Washington Supreme Court decision involved an outpatient psychiatrist, “but it could easily extend to the ED setting,” Neiman notes.1

The court ruled that a psychiatrist could be held liable for homicides committed by a patient, even though the patient never identified the victims as targets of violence. The decision potentially expands liability not just for mental health professionals but also other healthcare providers. “The exposure created by that case is most acute for ED providers,” Neiman warns.

Neiman does not see this case as an outlier. “Many states are expanding different types of tort liability, using the concept of foreseeability as the standard. Foreseeability is almost always a jury question.”

The case was never tried because a settlement was reached out of court. Thus, there is still an unanswered question, Neiman reports. “Are we going to hold an EP responsible for the inability to predict violent behavior, which most people agree is inherently unpredictable?”

A recent New York appellate court ruling affirmed the dismissal of a medical malpractice action against an EP who, based on the triage nurse’s feedback, as well as drug screening and mental health evaluation of the patient, discharged a patient who subsequently committed suicide.2

William M. Mandell, JD, chair of the health law practice at Boston-based Pierce & Mandell, says, “The management of patients coming to an ER who possibly have psychiatric issues that border on questions of safety and endangerment to self or others is obviously very much on everyone’s mind these days.”

Whether discharge or involuntary commitment is appropriate is a decision the ED clinician should make in concert with the clinical and administrative team and, if necessary, the input of hospital legal counsel, Mandell offers. Patients’ rights laws, duty to warn laws, and privacy laws all must be taken into account, as well as involuntary commitment statutes. These often offer good faith immunity if the ED clinician reasonably believes there is danger of imminent harm if the patient is discharged.

If protective measures are not taken for a patient that could present imminent harm, and the patient is released from the ED and harms himself or herself or third parties, “there would be potential liability for the ER doctor,” Mandell stresses.

Another thorny legal dilemma for emergency physicians (EPs): how to handle a troubled patient who may not be deemed to present imminent harm, but is learned to have possession of a dangerous weapon. “What’s become apparent is that not every perpetrator of violent acts who was seen by an ED presented as a mental health patient who is in imminent need of involuntary commitment,” Mandell explains. Some states have instituted “red flag” laws that, short of an involuntary commitment action, allow for guns to be taken away from a troubled person through court intervention.

While the EP has a clear duty to warn if a patient states that he intends to kill a specific individual, some patients make more general threats.

“What if the patient says, ‘Sometimes, I feel so mad I just want to go out and kill everyone I see.’ Is that enough to take action?” Mandell asks. “I would submit, in this day and age, it should be.”

If the patient did commit violence after making a statement like that, there would be clear liability for the EP who didn’t act on the warning, Mandell adds.

Another important consideration is that good faith immunity laws protect EPs who initiate involuntary commitment and are sued later for civil rights violations.

“All you can do is make a reasonable effort to gather all the facts, and make your best judgment about the proper course of action,” Mandell says.

Most states have included immunity provisions in civil commitment laws for decisions that are made pursuant to those laws, Neiman notes. This means there can be statutory protection for detaining an ED patient — or for not detaining an ED patient. It’s not ironclad. Specific documentation is required. “The ED provider needs to document his or her thought process,” Neiman says. The documentation does not need to be elaborate. It could be as simple as stating, “Considered detention pursuant to civil commitment laws and determined patient did not meet criteria.”

“Document that the civil commitment option has been considered, and briefly explain why it was or wasn’t used, and it might bring you into the immunity statute,” Neiman explains.

EMTALA Is Basis to Hold

When the EP requests a patient be held, court investigators often determine that civil commitment criteria for detention have not been met. That doesn’t mean the EP’s obligation is over and the patient can be discharged without any legal risk.

“That’s not the end of the discussion, because you still have an EMTALA [Emergency Medical Treatment and Labor Act] obligation,” Neiman cautions. “Actually, that can be very helpful. That’s when EMTALA is your friend.”

EMTALA can provide a basis to hold the patient in this scenario. This is because the patient has an emergency medical condition — in this case, a psychiatric disorder that makes the patient a danger to self or others.

“In cases where it just doesn’t feel right to let somebody leave because of what they’re verbalizing, and the court investigator says don’t hold the patient, EMTALA can be the basis to hold,” Neiman explains.

A persistent misconception is that EMTALA doesn’t apply to psychiatric patients. “There are still people who believe that, and it’s just wrong,” Neiman says. “In 2017, almost half of the cases that the OIG [Office of Inspector General] settled based on EMTALA violations involved psychiatric patients.”

In some locations, it can take days to get a court investigator to come to the ED to assess a patient. “My sense is that there is wildly different access to the court commitment system around the country, just like there’s wildly different access to mental health professionals,” Neiman offers. For instance, in Washington state, the initial assessment has to take place within six hours; in Oregon, patients can be detained only for five days before a hearing must take place. Other states allow patients to be boarded until they can be brought to court.

Some EDs conduct the mental health assessment in conjunction with the court commitment system. “The crisis team in the community, which has the authority to detain, does the assessment in some places. That fills a gap with resources in the hospital,” Neiman says. Good documentation on why the EP believes the patient is safe to discharge is important, Neiman adds. At a minimum, it should state, “No SI [suicidal ideation] or HI [homicidal ideation].”

“I have seen some records where that is not included in the physician’s assessment, and that’s a problem,” Neiman warns. Additional specific information, such as the patient’s lack of access to firearms, or having a good support network, is better.

Building a good working relationship with court investigators, or whoever coordinates placements in the community, can help in difficult situations. “When you have discussions about better patient flow, in the context of frustration over a particular patient, that’s not necessarily a productive conversation,” Neiman says. Emotions are running high at that point because there’s concern about what might happen with that particular patient if [he or she is] discharged, and the impact on the ED at the moment.

A better approach: Start a more general dialogue about how the ED, the hospital, the court investigator, and mental health agencies where patients are referred can all serve the patient population better.

“Having a discussion about the relationship between the hospital and the commitment system takes time,” Neiman says. “But it really pays off.”