Employee health beyond the orientation checklist 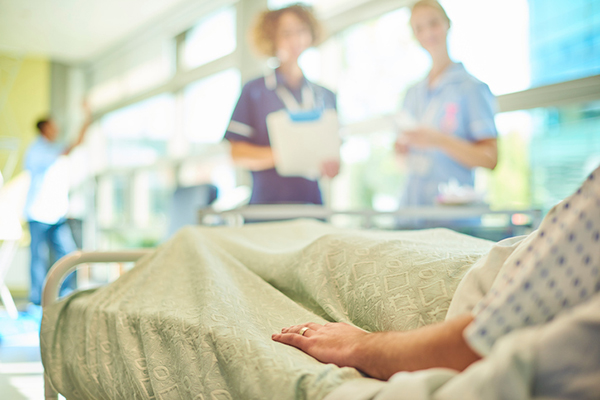 New on the job, a recent nursing school graduate made a serious error involving patient medication. Distraught, she questioned herself — and a loss of confidence, and even career, could have very well followed.

The preceptor she reported to knew that such could be the consequence if she chose to focus on the error, unintentionally magnifying aspects of shame with which the nurse was already struggling.

“I remember how devastated she was,” says Amy Word-Allen, BSN, RN, the preceptor in this case. “I was thinking I need to move beyond the teachable moment — the ‘How can we do this better and how can we not make this mistake again?’”

That is important, of course, but as a mentor to the young nurse, Word-Allen chose to respond on an emotional level.

“The first thing I told her was that any nurse that walks into your life and says they have never made an error is a liar,” she says. “We all do it. You are one of us. Even in your hard moments and mistakes, you are still one of us.”

Word-Allen has co-authored a book1 on nursing education that includes a chapter on the challenges faced by new nurses as well as their more experienced colleagues going through orientation in a new facility.

“I know in my nursing career we all assume responsibility for a lot, and errors are just part of the process,” she says.

Sharing this kind of support with the young nurse allowed her to continue her practice with renewed vigilance, Word-Allen says. After dealing with the initial emotional toll, such errors are deconstructed for guidance in future encounters.

“Those [corrections] are basic and fundamental, but more than that it is creating a culture where we are allowed to be human beings,” she says. “When we make mistakes, we own them, we learn, and we grow.”

It’s a difficult process that may affect a worker’s mental state and have lingering effects depending on the severity of the error and subsequent patient harm.

“It’s tough,” she says. “Sometimes mistakes are black and white, and from an administrative perspective it can seem really easy to see where fault lies. Errors are not always about fault, but what happened that we could have done better.”

A newly graduated nurse, or even one more experienced who is going through orientation in a new job, may have a higher risk of errors and accidents as they take on their new role in the high-pressure healthcare environment.

“You know the stakes, and when you do things wrong you are going to feel that,” she says. “I can’t take that away, but I told her that I remember the first mistake I made. It stuck with me, and I have never done that again. She opened up and was very emotional.”

Errors are more likely when a clinician is exposed to a new environment that requires a new set of competencies, the authors noted in the book.

“If the error resulted in more severe harm to the patient, professional counseling may be required, and the organization should provide assistance in receiving this support,” they wrote.

Given the increased likelihood of errors in the new orientation period, it seems intuitive that the nurse being bombarded with new information may be at more risk for an accidental injury like a needlestick.

“I remember my first needlestick,” says book co-author Alvin D. Jeffery, PhD, MSN, RN, APN, FNP. “Fortunately, it was in a simulation lab. I was a new graduate nurse and I stuck a very large needle completely through my finger.”

It was as painful as it sounds, but the traditional testing and follow-up was not necessary because the training did not involve a patient, he says.

“My [trainer] said, ‘If you did this scenario over again, what would you do differently, if anything?’” he recalls. “It was a good opportunity in a safe space to reflect on the events leading up to that, the cause, and how I could change my behavior.”

After joining the workforce, Jeffery suffered a true exposure, a splash incident that he reported to the employee health service.

“I got bloody gastric contents in my eyes from a patient who was hepatitis B-positive,” he says. “I never seroconverted, but it was a big ordeal.”

Drawing on his student experience, Jeffery says it may be a good idea for employee health professionals to ask exposed workers what they would do differently. The goal should be to shed light on whether the incident reveals a systems problem, or whether the worker can identify a behavior he or she needs to change.

In this case, Jeffery says, “It was purely random and a system issue — maybe with the eye guards. It wasn’t anything I did, but it was an opportunity to improve the system.”

Given the chronic problem with underreporting, HEH asked Jeffery whether new nurses may be hesitant to report an injury that they feel may somehow reflect poorly on them in their new job.

“Often we hear there is a problem with reporting, so we are going to teach that in orientation,” he says. “I think that is going to fail because orientees will mimic learned behavior from their preceptors. Educators get a bigger bang for the buck by reinforcing content with preceptors, who are more influential in changing the culture.”

Having been inundated with training, new policies, and procedures, it also is possible that an employee under new orientation may not know the system for reporting.

“Sure, we may have checked the box that they ‘understand what an injury is’ — like when you lift a patient and feel that initial strain,” Word-Allen says. “But this is learned behavior, and they will be less likely to report it if their preceptor did not. It is an ongoing conversation, and if there is not an occupational health culture within the facility, [non-reporting] will continue.”

The book also discusses work culture issues familiar to employee health, including personality conflicts and communication problems between new nurses and their trainers and co-workers. New nurses are under a considerable stress facing a towering learning curve, and interacting with patients may exhaust their reservoir of social skills.

“Nurses are really good at interacting with patients and families,” he says. “I don’t want to say a façade, but you are putting a lot of effort into accommodating the patients’ personal preferences, needs, and beliefs. I think you exhaust so much of that capacity that when it comes to your co-workers, the raw side comes out.”

In an approach that could be used with other work situations if applicable, the authors endorse trying to match trainers and new nurses with personality tests like the well-known Myers-Briggs.

“Even when they revert to their natural tendencies with the exhaustion and stress of delivering care, perhaps if they are similar they will be able to get along,” Jeffery says. “We found that to be the case.”

When different or even directly opposite personalities have to work together, the best approach is open communication.

“With personality and communication styles, there is no right or wrong way but there are differences,” he says. “We found that bringing those out in the open is really helpful in interpersonal relationships.”

Given the combination of risks and pressures new nurses face, there could be a supporting role for employee health beyond the initial inservice.

“Typically in the organizations I have been in, employee health gives about an hour or two talk about TB testing, fit-testing, and other things,” Jeffery says. “Maybe [they could] touch base later on after a few months.”

For example, a lot of hospitals offer residency programs and they continue to check in with new graduate nurses over their first year on the job.

“Maybe employee health should come back in to talk about psychological and mental health well-being, and ask about reporting [errors and injuries],” he says. “It could be a really good source of data for understanding how to improve the system, checking the pulse, and giving these new nurses an opportunity to reflect.”

Like so many aspects of nursing, education may benefit from a broader view that links worker wellness with clinical outcomes.

“Caring for the caregiver is really one of the most underutilized concepts in our field,” Word-Allen says. “I think there have been some great strides since I’ve become a nurse, but naturally caregivers don’t think of self first. That is part of what makes our dynamic at the bedside so powerful.”

Citing the benefits of bereavement programs for nurses when a patient dies, she emphasized the need for real-time tools and interventions to help employees in distress.

“We need to get out of the box and beyond the checklist, to the heart of what employee health really is,” Word-Allen says. “There were many times I wished as a new nurse that I just had an outlet. I formed that interpersonal relationship with my co-workers, which is great, but there [may be] a piece that occupational health could play in that.”

Lock Down Drugs to Prevent Diversion

Surgeons Prevail: Skull Caps Are Back